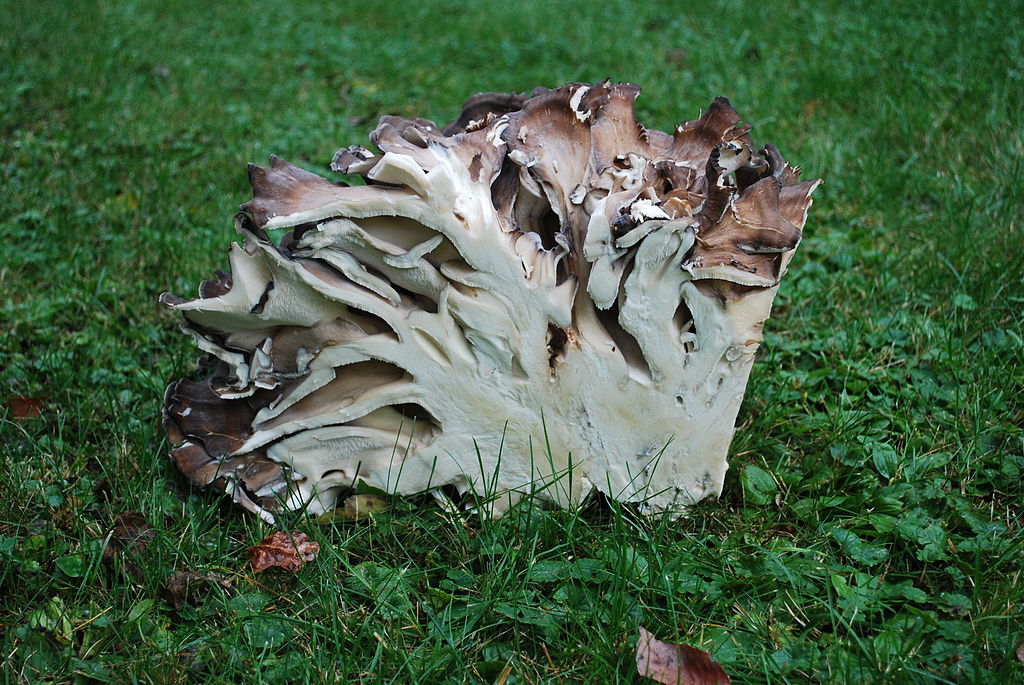 For thousands of years mushrooms have been highly respected in Asia for their health promoting properties. One mushroom was regarded as the “King of the Mushrooms” to signify it’s superior medicinal effects over all other mushrooms. Modern research has shown that this mushroom – Maitake (Grifola frondosa) – is the source of powerful immune enhancing compounds with significant anticancer effects.

A new study conducted at the prestigious Memorial Sloan-Kettering Cancer Center in New York has further validated the immune enhancing effects, and once again establishes maitake above all other mushrooms.

Modern research on maitake began in the early late 1970s in Japan under the direction of Dr. Hiroaki Nanba. He was researching the immune enhancing properties of mushrooms when he came to the conclusion that maitake extracts demonstrated more pronounced antitumor activity in animal tests, than other mushroom extracts.

In 1984, Dr. Nanba identified a fraction of maitake that possessed a significant ability to stimulate white blood cells known as macrophages (literal translation “big eaters). Throughout the late 1980s and into the 1990s, Dr. Nanba and other Japanese researchers continued to study maitake, trying to improve upon the antitumor and immune potentiating activity of maitake. The result of their work was the development and patent of MaitakeGold (U.S. Patent #5,854,404).

Maitake exerts profound effects on immune function. In a nutshell, it appears that the beta-glucan components actually bind to receptors on the outer membranes of macrophages and other white blood cells including natural killer (NK) cells and cytotoxic T-cells. These immune cells are very important in protecting against and fighting cancer because they can attack tumor cells directly.

Just like a key in a lock, the binding of the maitake components literally flips white blood cells on and triggers a chain reaction leading to increased immune activity. In addition to increasing the ability of the macrophages to engulf and destroy cancer cells, microbes, and other foreign cells, the binding stimulates the production of important signaling proteins of the immune system such as interleukin-1 interleukin-2, and lymphokines. These immune activators ramp up defenses by activating immune cells.

Maitake also stimulates the production of white blood cells within the bone marrow – the major area for white blood cell production. Reduced bone marrow production means lowered white cell counts and an increased risk of infection and cancer. This beneficial effect of the beta-glucan is put to good use in cancer patients undergoing radiation therapy or chemotherapy.

Given the previous research on maitake showing an ability to stimulate bone marrow function, as well as various aspects of immune function, researchers at Memorial Sloan-Kettering Cancer Center conducted a study in patients suffering from Myelodysplastic Syndrome (MDS) – a bone marrow disorder in which the bone marrow does not produce enough healthy blood cells.

MDS patients received oral maitake extract at 3 mg per kg body weight twice daily for 12 weeks. Results indicated that maitake increased the function of neutrophil and monocyte white blood cells. For example, the researchers demonstrated that white blood cell response to the bacteria E. coli is reduced in MDS patients, but could be restored after 12 weeks of Maitake treatment. Furthermore, they also demonstrated that the ability of monocyte and neutrophils to destroy and digest infecting organisms. The proposed mechanism includes the ability of maitake treatment to stimulate the maturation of these immune cells in the bone marrow, leading to the release of more functionally competent cells.

This study is significant for several reasons. First, it is another study coming from a highly prestigious medical center. Next, the results add to the wisdom of using this valued natural product in modern medicine. Based upon this study and others, it seems that maitake is perfectly suited for patients with MDS. It is also an important consideration to prevent bone marrow suppression in cancer patients on chemotherapy as there is evidence from other studies that it also helps to reduce the side effects of conventional chemotherapy (and radiation) such as nausea, weight loss, fatigue, and immune suppression while at the same time enhancing their effectiveness.

Typically, the daily dosage range of maitake extract based upon body weight has been 0.5mg to 1.0 mg for every 2.2 pounds (1 kg) of body weight per day. That translates to a dosage of approximately 35-70 mg per day. This study used a dosage of 3 mg/kg to show an immediate clinical effect. For best results take 20 minutes before meals or on an empty stomach