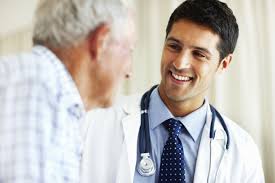 What is prostate cancer?

The prostate is a single, doughnut-shaped gland about the size of a walnut that lies below the bladder and surrounds the urethra (the tube that connects the bladder to the tip of the penis). The prostate secretes a thin, milky, alkaline fluid that lubricates the urethra to prevent infection There are two main conditions that affect the prostate. One is prostate enlargement, also called benign prostatic hyperplasia (BPH). Almost every man will develop an enlarged prostate if he lives long enough. BPH is not cancer and is not life-threatening. The other condition, prostate cancer, is much more serious. It can cause symptoms similar to those in BPH, but it can also spread to other parts of the body and can be fatal. In men, prostate cancer is the second leading cause of death due to cancer. (Lung cancer is by far the first.)

Early prostate cancer often does not cause symptoms. When symptoms do occur, they include any or all of the following:

These symptoms are not specific for prostate cancer. The first four, especially, are also typically seen in cases of BPH. The latter symptoms can also result from prostate infections. If you are experiencing any of these symptoms, it is important to see a doctor immediately.

The following are risk factors associated with prostate cancer:

What dietary factors are important in prostate cancer prevention?

There is so much convincing evidence on the role of diet in prostate cancer that Dr. William Fair and colleagues from the Memorial Sloan Kettering Cancer suggested that prostate cancer may be considered a “nutritional disease.” The prime suspects are diets that are

As is true of breast cancer, these dietary factors are known to affect sex hormone levels, detoxification mechanisms, and antioxidant status. In addition to being protective against breast cancer, the isoflavones of soy, genistein and daidzein, exert significant protection against prostate cancer according to population-based studies. As is the case with breast cancer, the high intake of soy may be one of the key protective factors accounting for the low rate of prostate cancer in Japan and China compared with other parts of the world. A study of 12,395 male Seventh-Day Adventists (who generally eat a healthy diet and abstain from alcohol) found that those who drank soy milk had a 70 percent reduction of the risk of prostate cancer. All together, studies conducted in 42 countries confirm that soy is one of the most important dietary factor for protection against prostate cancer.

What nutritional supplements should I take for prostate cancer prevention?

Fish oils have demonstrated significant protection against prostate cancer in most studies. To more accurately determine the degree of protection, researchers in New Zealand measured the level of EPA and DHA in red blood cells in a population-based study. A high content of EPA and DHA was associated with a significantly reduced prostate cancer risk. This study confirmed findings from previous population-based and lab studies showing that these omega-3 fatty acids inhibit prostate cancer cells from growing. Supplement your diet with enough fish oils to provide a combined total of 1,000 mg of EPA and DHA.

Ground flaxseeds provide special fiber compounds known as lignans. These components are fiber compounds that can bind to estrogen receptors and interfere with the cancer-promoting effects of estrogen on prostate tissue. Lignans also increase the production of a compound known as sex hormone binding globulin, or SHBG. This protein regulates estrogen levels by escorting excess estrogen from the body. Look for products that provide ground flaxseeds in a special nitrogen-flushed container for maximum freshness. Grinding makes flaxseed lignans more bioavailable. I recommend one or two tablespoons daily added to foods such as hot cereals, salads, or smoothies.

Lycopene is the red carotene found in tomatoes, papaya, pink grapefruit, guava, and watermelon. Harvard researchers discovered a few years back that of all of the different types of carotenes, only lycopene was clearly linked to protection against prostate cancer. The men who consumed the highest levels of lycopene (6.5 mg per day) in their diet showed a 21 percent decreased risk of prostate cancer compared with those eating the lowest levels. It was also found that the high lycopene eaters had an 86 percent decreased risk of prostate cancer (although this did not reach statistical significance due to the small number of cases). In a study of patients with existing prostate cancer, lycopene supplementation (15 mg per day) was shown to slow tumor growth, shrink the tumor, and lower the level of PSA. My recommendation if you are at a high risk for prostate cancer is to supplement with 5 to 15 mg of lycopene daily.

Selenium works to block prostate cancer development and works best along other important antioxidant nutrients such as vitamin C, vitamin E, lycopene, and zinc. Hence, the importance of taking a high quality multiple vitamin and mineral formula. In a double-blind study of 974 men, selenium supplementation in the form of SelenoExcell, a high selenium content yeast, produced a significant (63%) reduction in the development of prostate cancer compared to the placebo group. The recommended daily dosage for selenium from SelenoExcell is 100 to 200 mcg per day.

Green tea contains polyphenols that exert significant action against prostate cancer. Taking a green tea extract can provide the protective actions against breast cancer without the caffeine. Studies have suggested that prostate cancer rates are lower in Japan in part because people there typically drink about 3 cups of green tea daily. At this rate they consume about 3 grams of soluble components, which yields a daily dose of roughly 240 to 320 milligrams of polyphenols. To achieve the same degree of protection from pills containing green tea extract standardized for 80 percent total polyphenol content would mean taking a daily dose of 300 to 400 milligrams.

The most important aspect in detecting prostate cancer for men over the age of 50 years (for blacks, 45 years) is seeing a physician for an annual physical exam that includes a digital rectal exam (DRE) and a blood test. During the DRE, the doctor inserts a lubricated, gloved finger into the rectum and feels the prostate through the rectal wall to check for hard or lumpy areas.

The blood test checks the level of a protein called prostate-specific antigen (PSA). Usually PSA is elevated in men who have prostate cancer. However, it is not a perfect test as approximately 35 percent of men with diagnosed prostate cancer will have a “normal” PSA (less than 4).