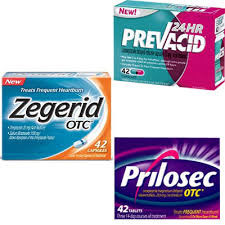 oton-pump inhibitors (PPIs) are a group of drugs whose main action is blocking the secretion of gastric acid. They are dominant medical treatment of peptic ulcers, gastroesophageal reflux disease (GERD), and indigestion. Popular examples include Nexium, Prilosec, Protonix, Prevacid, and Aciphex. Use of these powerful antacids is associated with an increased risk for osteoporosis, heart arrhythmias, intestinal infections, bacterial pneumonia, and multiple nutrient deficiencies. A new study from Stanford University adds another issue with these drugs – they double the risk of dying from a heart attack or stroke.

PPIs will typically raise the gastric pH above the normal range of 3.5, effectively inhibiting the action of pepsin – an enzyme involved in protein digestion that can be irritating to the stomach. Although raising the pH can reduce symptoms, it also substantially blocks a normal body process. The manufacture and secretion of stomach acid is very important not only to the digestive process, but also because it is an important protective mechanism against infection. Stomach secretions can neutralize bacteria, viruses and molds before they can cause gastrointestinal infection.

As far as the digestive process, stomach acid is not only important in the initiation of protein digestion, it ionizes minerals and other nutrients for enhanced absorption; and without sufficient secretion of HCl in the stomach the pancreas does not get the signal to secrete its digestive enzymes.

PPIs drugs are associated with numerous side effects and here are just a small number of examples:

Stanford researchers examined over 16 million clinical documents on 2.9 million individuals to examine whether PPI usage was associated with cardiovascular risk. Results from multiple data sources found use of PPIs to have a 16% increased risk for a heart attack and a two-fold increase in dying from heart disease compared to those not taking PPIs.

These results are consistent with pre-clinical findings that PPIs adversely impact the function of the endothelial cells that line blood vessels. Specifically, PPIs inhibit the enzyme required by the cells that line the vascular system that metabolizes a substance produced during metabolism known as asymmetric dimethylarginine (ADMA). If ADMA increases in vascular endothelial cells it inhibits the activity of the enzyme nitric oxide synthase. As a result it leads to an increase makes blood vessels more rigid as well as promotes inflammation and clot formation. PPIs increase ADMA levels in human vascular endothelial cells and in mice by about 20–30%.

The researchers stated “Our observation that PPI usage is associated with harm in the general population — including the young.” This statement is very significant given that that over 20 million people use prescription PPIs in the United States.

I have written about the illogical approach to indigestion, GERD, and peptic ulcers by using PPIs as well as older acid-blocking drugs like Tagamet and Pepci. My instead is to focus on addressing these issues and aiding digestion through natural measures. Please check my Health Conditions section for recommendations to address specific gastrointestinal issues. For example, read my recommendations for GERD.