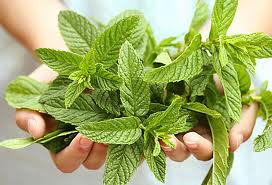 Acid indigestion is not normally considered a life-threatening illness. In the old days they just called it heartburn. My Aunt Ruby used to frequently get it after she ate little red peppers. And she loved little red peppers, which meant that every time I visited her when I was growing up, I had to witness her grab her chest and announce that she was most certainly having a heart attack. (Hmm. I wonder if hypochondria is genetic.) She wasn’t supposed to eat greasy food, high-fat dairy products, or anything spicy, either. (Not that it stopped her from constantly consuming all of the above.) Alas, when she was actually having a heart attack, everyone just assumed it was “agita.” from the fried clams. PS: She survived to eat again!!

However, with the recent news that doctors have linked Dolly Parton’s cancer risk to the damage to her esophagus from many years of acid reflux, this common complaint takes on a whole new urgency. So it’s a good time to review what we can do to naturally prevent and treat this condition before it gets extremely serious.

Now we all know lots of people who have indigestion and buy over-the-counter (OTC) drugs to help relieve its various symptoms. These can include not only heartburn, but acid reflux, upper abdominal pain, general gaseousness, difficulty swallowing, feelings of pressure, heaviness or bloating after eating, and stomach or abdominal cramps.

“The problem is, OTC drugs can actually make indigestion worse,” contends Dr. Michael T. Murray, an educator, lecturer, researcher, health food industry consultant, and the author of more than 30 books, including his newest, The Encyclopedia of Natural Medicine. “Take the popular acid-blocking drugs, for example. They work by blocking one of the most important digestive processes — the secretion of hydrochloric acid by the stomach. While it may reduce discomfort, it also substantially stops the normal body process of digestion. Furthermore, acid blockers are associated with numerous digestive disturbances such as nausea, constipation, and diarrhea.”
Read MoreClose

Dr. Murray feels that for people with acid reflux and chronic indigestion, it’s smarter to focus on aiding digestion rather than blocking the digestive process with antacids. “Indigestion can be attributed to a great many causes, including not only increased secretion but also decreased secretion of acid and other digestive factors and enzymes. And most nutrition-oriented physicians like myself believe that lack of acid, not excess acid, is the true culprit.”

The following are four approaches that Dr. Murray recommends to help address the problem – along with his comments:

1. Change your diet and eating habits:

“Although much is said about hyperacidity conditions, as mentioned, a more common cause of indigestion is a lack of gastric acid secretion. Hydrochloric acid (HCl) supplementation can produce complete relief of indigestion in many individuals.” According to the doctor, here’s a popular method to determine need and/or dosage:

• Continue to increase the dose until you reach 7 tablets or when you feel warmth in your stomach, whichever occurs first. A feeling of warmth means that you have taken too many tablets for that meal, and you need to take one less. It’s a good idea to try the larger dose again at another meal to make sure that it was the HCl that caused the warmth and not something else.

• After you have found the largest dose that you can take at your large meals without feeling any warmth, maintain that dose at all meals of similar size. You will need to take less at smaller meals.

• When taking a number of tablets or capsules it’s best to spread them out throughout the meal.

• As your stomach begins to regain the ability to produce the amount of HCl needed to properly digest your food, you will notice the warm feeling again and will have to cut down the dose level.

“Lack of digestive enzymes from the pancreas is another functional cause of indigestion. Typically, when heartburn, abdominal bloating, discomfort, and gas occur within the first 15 to 30 minutes after eating, it is usually due to a lack of HCl secretion.” But if they occur after 45 minutes, it could signify a lack of pancreatic enzymes and he suggests that we keep in mind that the secretion of pancreatic enzymes is triggered by the HCl secreted in the stomach. “Sometimes taking HCl supplements can lead to their improved release as digestive enzyme products are the most effective treatment for pancreatic insufficiency.” In addition, “the best results are found from multi-enzyme preparations that focus on vegetarian and fungal sources. Just follow the label instructions for proper dosage.”

“Another valuable natural product for indigestion is peppermint oil placed in special capsules that are coated to prevent their breakdown in the stomach. Peppermint has also been shown to be quite helpful in improving gastrointestinal function in individuals suffering from irritable bowel syndrome (IBS), a common disorder of the large intestine. The usual dosage of enteric-coated capsules containing peppermint and caraway seed oil is 1-2 capsules (200 mg/capsule) up to three times daily between meals.”

My own beloved grandmother, in fact, swore by peppermint tea. And she gave it to me every time I ever had any stomach issues. It always worked. Too bad she and my Aunt Ruby weren’t on speaking terms!