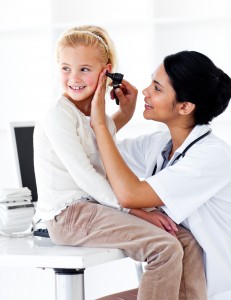 Introduction:
A huge and growing amount of research has now shown that vitamin D deficiency is very common (at least 50% of the general population and 80% in infants). There is also similar research showing vitamin D supplementation may be the most cost effective strategy in improving health, reducing disease, and living longer. Vitamin D supplementation may prove to be a valuable aid in reducing the risk of upper respiratory tract infection (URI) including ear infections.

New Data:
In a randomized study involving 116 children with a history of recurrent ear infections (acute otitis media), supplementation with vitamin D3 at a dosage of 1000 IU/day for a period of 4 months was found to restore serum values of at least 30 ng/ml (the cut off value for deficiency) and was found to significantly reduce the risk of acute otitis media by roughly 50%. In the vitamin D3 supplemented group 26 of the 58 children developed an ear infection compared to 38 of 58 who received placebo.

The authors concluded that vitamin D deficiency is common in children with recurrent ear infections and low levels of vitamin D are associated with an increase in the occurrence of repeat ear infections.

These results support the importance of adequate vitamin D intake or status in the prevention of upper respiratory infections. Most experts now recommend a daily dosage of 2,000-5,000 IU of vitamin D3 daily.