The Dangers of Acetaminophen (Tylenol): Is it Time for the FDA to Remove it from the Market? 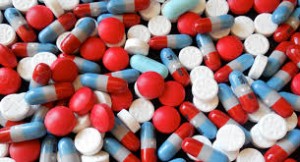 Introduction
Most people consider acetaminophen (e.g., Tylenol) as being an extremely safe pain reliever for both children and adults. The reality is that it can be extremely dangerous and causes significant side effects. Each year acetaminophen causes over 100,000 calls to poison control centers; 50,000 emergency room visits, 26,000 hospitalizations, and more than 450 deaths from liver failure. In addition, regular use of acetaminophen is linked to a higher likelihood of asthma, infertility, and hearing loss (especially in men under 50 years of age).

The FDA has done a poor job alerting the public to the dangers of acetaminophen. In my opinion, it is a drug that serves no real medical purpose in the 21st century. Its use should be curtailed or even eliminated entirely.

Background Data
Acetaminophen is the only remaining member of the class of drugs known as “aniline analgesics” that is still on the market. The rest were discontinued long ago. Acetaminophen only blocks the feelings of pain and reduces fever, it exerts no significant anti-inflammatory action.

Acetaminophen is very hard on the liver and is known to reduce the liver’s store of the important detoxifying aid and antioxidant glutathione. When acetaminophen is combined with alcoholic drinks or other compounds toxic to the liver including other medications, its negative effects on the liver are multiplied. It should definitely not be used in anyone with impaired liver function.

Acetaminophen is often the drug of choice in children to relieve fever. However, use for fever in the first year of life is associated with an increase in the incidence of asthma and other allergic symptoms later in childhood. Asthma appears to be another disease process that is influenced greatly by antioxidant mechanisms. Acetaminophen severely depletes glutathione levels not only in the liver, but presumably other tissues as well and should definitely not be used in people with asthma.

New Data
On August 1, 2013 the FDA released a notification on acetaminophen that it is now associated with rare, but severe and sometimes fatal skin reactions even at recommended dosages.

These skin reactions, known as Stevens-Johnson Syndrome (SJS), toxic epidermal necrolysis (TEN), and acute generalized exanthematous pustulosis (AGEP) are associated with reddening of the skin, rash, blisters, and detachment of the upper surface of the skin. These reactions can occur at any time while acetaminophen is being taken – they can happen the first time it is used or after long-term use. Other drugs used to treat fever and pain/body aches (e.g., non-steroidal anti-inflammatory drugs, or NSAIDS, such as aspirin, ibuprofen and naproxen) also carry the risk of causing serious skin reactions, which is already described in the warnings section of their drug labels.

Comment
It just might be time to pull the plug on acetaminophen. Can you imagine if the side effects and risks associated with acetaminophen were associated with a dietary supplement? It would be yanked from the market immediately. The FDA needs to quit following a double standard and instead look after the public’s best interest not only by calling for more warnings on labels, but also by pulling from the market outdated, potentially dangerous drugs especially those available over-the-counter.