Please Stay Away from These Drugs for Type 2 Diabetes 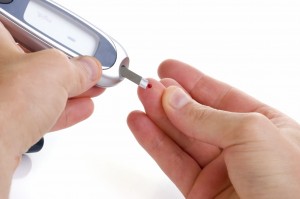 Introduction
The research is quite clear – oral medications to treat type 2 diabetes do not alter the long-term progression of the disease. While these drugs can be quite effective in the short term, several different types are associated with an increased chance of mortality and in particular, an increased risk for dying due to cardiovascular disease.

In addition, often the type 2 diabetic fails to make necessary lifestyle and dietary changes to improve/reverse their condition because these drugs also create a false sense of security. Ultimately all of these drugs lose their effectiveness over time and start a viscous cycle where they are prescribed at higher dosages or in combination with other drugs, all of which leads to an even greater rate of mortality. In fact, the long-term use of some of these drugs is actually associated with an earlier death compared to control groups with type 2 diabetes not being given the drugs.

Background Data:
The most widely prescribed drug for type 2 diabetes is metformin (Glucophage). While studies have shown that metformin alone has illustrated a decrease in heart attacks and all diabetes related deaths compared with other drugs, it does not work at all in about 25 percent of cases and tends to lose its effectiveness with time. When the latter happens it is usually combined with a sulfonylurea, which actually increases mortality risk.

On their own, these sulfonylureas drugs are of limited value and there is some evidence to indicate that sulfonylureas actually produce harmful long-term side-effects. For example, in a famous study conducted by the University Group Diabetes Program (UDGP), it was shown that the rate of death due to a heart attack or stroke was 2.5 times greater in the group taking tolbutamide (a sulfonylurea), than the group controlling their type 2 diabetes by diet alone.

Though newer sulfonylureas are promoted as being safer than tolbutamide, new data calls into that widely held belief into question.

Another class of oral diabetes drugs that appear to increase risk of mortality are the thiazolidinediones such as pioglitazone (Actose) and rosglitazone (Avandia). The first drug in this class, Rezulin (troglitazone), was removed from the market because widespread deaths occurred due to liver failure. Now pooled results from 42 different studies with Avandia showed there was a 43 percent increase in the number of heart attacks and a 64 percent increased risk of dying from heart disease compared to people with type 2 diabetes given a placebo. In addition, both Actose and Avandia are also associated with significant weight gain. While these drugs may have some benefits in lowering blood sugar levels, it is clear that the side effects outweigh these benefits.

New Data:
A new study has confirmed what most physicians already suspected; using sulfonylureas as the first drug in people with type 2 diabetes is associated with a significantly elevated risk of death compared to those given metformin. In fact, it is shocking that sulfonylureas are prescribed by any physician at all.

Standards of care in type 2 diabetes that conventional medical doctors follow do NOT recommend the use of sulfonylureas as a first-line treatment, yet the drugs are still commonly prescribed in this way.

Data collected from the Clinical Practice Research Datalink (CPRD), which includes 10% of primary care patients in the United Kingdom, showed that mortality was 58% higher in the sulfonylurea group compared to the metformin group.

In addition, the same researchers found that the combination of metformin and sulfonylureas produced twice as many deaths as those given metformin and the newer class of drugs known as DPP-4 inhibitors such as sitagliptin (Januvia), linagliptin (Tradjenta), and exenatide (Byetta).

These results call in to question why these drugs are even still on the market.

Commentary:
When medical historians look back on the last 70 years of medicine, they will refer to it as the Dark Ages of drug therapy. There are numerous examples: non-steroidal anti-inflammatory drugs in the treatment of osteoarthritis, sedative hypnotic drugs for insomnia, and perhaps the most glaring example of all, the use of oral hypoglycemic drugs in the treatment of the major epidemic of our time – type 2 diabetes.

Clearly, the use of sulfonylureas and thiazolidinediones make no sense. And, while I did point out that metformin as a first-line therapy did cut diabetes related death compared to other drugs, there is a very important question that has yet to be answered – “Does metformin reduce diabetes related death rates compared to diet or natural therapies?” My guess is that the latter would prove to better.

The statistics on the growing epidemic of type 2 diabetes are staggering as it is now estimated that one-half of all Americans adults will develop the disease by 2020. What is even more alarming is the failure of the medical system to adopt natural treatments that focus on curbing this epidemic and instead utilize drug therapies that may cause more harm than benefit.

For a complete description of natural approaches to improving type 2 diabetes, consult the 3rd Edition of the Encyclopedia of Natural Medicine.