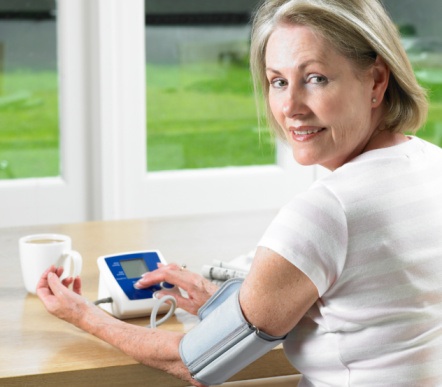 Want to lower your blood pressure without the harmful side effects of pharmaceuticals?  Boost your intake of magnesium, black tea and, surprisingly, potatoes.

An Australian study published in January 2012 in the Archives of Internal Medicine analyzed the effect of black tea on 95 men and women with normal to high-normal blood pressure levels. Half of the participants drank 3 cups of black tea daily for six months, and the other half drank a placebo drink with a similar flavor and caffeine content.

At the end of the study, the black tea–drinking group had an average reduction of two to three points in their systolic (the top number in a blood pressure reading) level, and about two points in their diastolic (the bottom number) level. Although this doesn’t sound like much, the researchers said it’s enough to reduce the risk of heart disease and stroke by 7 to 10 percent.

The researchers believe black tea’s hypertension benefits may be due to several reasons: Recent studies have shown that the beverage improves the function of the endothelial cells that line the interior of blood vessels and affect blood pressure. Other research suggests that the flavonoids in black tea can improve the tone of blood vessels, helping them channel blood more efficiently.

Meanwhile, a British analysis of 22 studies found that boosting your magnesium intake may decrease your blood pressure reading even more than black tea. The research, published in February 2012 in the European Journal of Clinical Nutrition, found that taking at least 370 mg of magnesium per day reduced systolic blood pressure by three to four points and diastolic pressure by two to three points in 1,173 study subjects.

This is key because research shows that many adults don’t get the recommended dietary allowance of at least 320 mg of magnesium for women and 420 mg for men, and that for every 100 mg increase in magnesium intake, the risk of stroke is reduced by about 9 percent.

Eighteen overweight study participants with high blood pressure ate six to eight small microwaved purple-skinned potatoes twice a day for four weeks. Not only did they decrease their blood pressure, but they also didn’t gain weight.

“The potato, more than perhaps any other vegetable, has an undeserved bad reputation that has led many health-conscious people to ban them from their diet,” noted lead researcher Joe Vinson, MD, of the University of Scranton in Pennsylvania.

Researchers said purple potatoes have high levels of disease-fighting antioxidants, along with substances that affect the body in the same way as certain kinds of blood-pressure drugs.