Helping with Anxiety During Perimenopause and Menopause 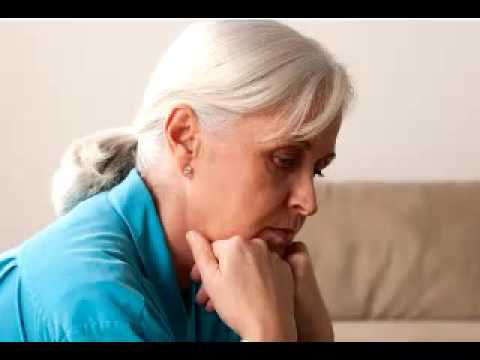 Although hot flashes get a lot more attention, another common symptom during menopause is an increased feeling of anxiety.

In general, anxiety is twice as common in women than in men. During menopause as well as the time just prior (perimenopause), anxiety in women is especially common due to the hormonal changes taking place. Lower estrogen levels, in particular, are thought to trigger feelings of anxiety in many women.

Anxiety refers to an unpleasant emotional state ranging from mild unease to intense fear. Anxiety differs from fear in that, while fear is a rational response to a real danger, anxiety usually lacks a clear or realistic cause. Though some anxiety is normal and even healthy, higher levels of anxiety are not only uncomfortable but can lead to significant problems.

Anxiety is often accompanied by a variety of symptoms. The most common symptoms relate to the chest, such as heart palpitations (awareness of a more forceful or faster heart beat), throbbing or stabbing pains, a feeling of tightness and inability to take in enough air, and a tendency to sigh or hyperventilate. Tension in the muscles of the back and neck often leads to headaches, back pains and muscle spasms. Other symptoms can include excessive sweating, dryness of the mouth, dizziness, digestive disturbances and the constant need to urinate or defecate. And, along with anxiety of course comes the inability to relax, which may lead to difficulty in getting to sleep and constant waking through the night.

Generalized anxiety disorder (GAD) is characterized by a persistent state of exaggerated worry and fear (at least six months), often when there is little or nothing to provoke it.

Severe anxiety will often produce what are known as “panic attacks”—intense feelings of fear. Panic attacks may occur independent from anxiety but are most often associated with generalized anxiety or agoraphobia. Agoraphobia is defined as an intense fear of being alone or being in public places. As a result, most people with agoraphobia become housebound.

As women in their 40s and 50s are going through menopause, declining estrogen levels often produce feelings of anxiety. This link is the result of the effect that lower estrogen levels have on brain’s regulation of moods and emotion. Changes in estrogen levels lead to alterations in important neurotransmitters (brain chemicals that transmit nerve impulses)—including serotonin, norepinephrine, dopamine and melatonin—that play a huge role in how we feel. About one in four women will experience more noticeable anxiety or depression during perimenopause and menopause.

Before offering some suggestions with specific natural products to address anxiety, there are important dietary recommendations that can help during this change of life. Perhaps the most important is simply to increase the consumption of plant foods, especially those high in phytoestrogens, while reducing the consumption of animal foods. Phytoestrogens are plant-derived substances that are able to weakly bind to the estrogen receptors in mammals and have a very weak, estrogen-like effect in some tissues and a weak anti-estrogen effect in other tissues.

Soy foods and flax seeds contain a high content of phytoestrogens and have received a lot of attention as phytoestrogen sources, but many other foods such as apples, carrots, fennel, celery, parsley and other legumes also contain phytoestrogens, though in smaller amounts.

A high dietary intake of phytoestrogens is thought to explain why hot flashes and other menopausal symptoms, including anxiety, appear to occur less frequently in cultures consuming a predominantly plant-based diet. In addition, such a diet is promising for disease prevention, with some research showing a lower incidence of breast cancer and heart disease in women consuming high-phytoestrogen diets.

Fish oils concentrated for the omega-3 fatty acids EPA and DHA have been shown to have positive effects for patients with many different types of psychological disorders associated with stress, including anxiety, depression, bipolar disorder (manic depression), borderline personality disorder, and attention deficit disorder with hyperactivity (ADHD).

Results from trials in menopausal women showed particularly interesting results. For example, in a 2009 study conducted in Quebec, Canada, 120 women going through menopause were given either a fish oil supplement providing 1,200 mg of EPA+DHA or placebo for eight weeks. The baseline level of hot flashes was an average of 2.8 per day. After eight weeks, the hot flash frequency decreased by 55 percent in the EPA+DHA group, but only 25 percent decrease in the placebo group. Fish oil supplementation was also associated with an improvement in quality of life scores as well as mood.

In the last 30 years, black cohosh (Cimicifuga racemosa) has emerged as the most studied of the herbal alternatives to hormone replacement therapy for menopause symptoms. The collective findings in black cohosh studies and long-term clinical anecdotal evidence on black cohosh indicate that it is most effective for menopause symptoms of hot flashes day time or night time, mood swings, sleep disorders and body aches. It also appears to be helpful in reducing anxiety as well as symptoms of anxiety such as heart palpitations.

Some recent studies have used black cohosh extract in combination with other botanical extracts, such St. John’s wort, red clover, soy and chaste berry. Of these, St. John’s wort deserves some additional attention.

As most people even superficially familiar with herbal medicine know, St. John’s wort extract (SJWE) research has focused in the area of mild to moderate depression. Yet, there are several studies that have also been conducted with SJWE to evaluate its effects on menopausal symptoms. These studies have not only shown SJWE to improve mood, but also reduce hot flashes (most significantly after two months of use).

In regard to improving mood, the effects were also most obvious after two months of treatment (at 900 mg per day). Women in the St. John’s wort group reported improvements in psychological symptoms linked to menopause, significantly better quality of life scores, fewer sleep problems, as well as a feeling of sexual well-being.

Another botanical medicine that can be of great benefit in relieving anxiety during menopause is maca (Lepidium meyenii)—an historic herbal remedy from Peru often used to enhance male sexuality, but which also has some very interesting effects on women. Research on menopausal women using a maca indicates that unlike hormone replacement therapy (HRT) and phytoestrogenic botanicals, maca can increase the body’s production of estrogen—versus simply adding estrogen replacement to the body—and lower levels of cortisol.

What makes this especially interesting is that, from other research conducted on the composition of various powdered preparations of maca root, it appears that the herb does not contain plant estrogen or hormones. It has been suggested that maca’s therapeutic actions rely on plant sterols stimulating the hypothalamus, pituitary, adrenal and ovarian glands, and therefore also affecting the thyroid and pineal glands, thus improving sleep, mood, fertility, energy and hot flashes. As such, maca tends to treat menopausal symptoms as a whole; it doesn’t treat any one specific symptom of menopause (such as hot flashes) alone.

In one double-blind four-month study of early postmenopausal women, patients were given either placebo or two 500 mg capsules of maca twice daily for a total of 2 g/day. After two months, maca stimulated estrogen production and suppressed cortisol. It also had a small effect on increasing bone density and alleviated numerous menopausal symptoms including hot flashes, insomnia, depression, nervousness and diminished concentration.

In regard to these herbal approaches to menopausal symptoms, here is a little clarity:

• Choose one of the following for general symptom relief:
o Black cohosh extract: The dosage of the extract used in the majority of clinical studies has been 2 mg of 27-deoxyacteine twice daily.
o Maca: Gelatinized maca extract 1,000 mg twice daily or dosage equivalent to 3,500 dried, powdered maca root daily.

• If symptoms of anxiety or depression are significant (can be used with either of the two approaches above):
o St. John’s wort extract standardized to 0.3 percent hypericin 900 to 1,800 mg daily

1. Alcohol
2. Caffeine
3. Sugar
4. Deficiency of the B vitamins niacin, pyridoxine, and thiamin
5. Deficiency of calcium or magnesium
6. Food allergens
By avoiding alcohol, caffeine, sugar and food allergens, people with anxiety can go a long way toward relieving their symptoms. In fact, something as simple as eliminating coffee can result in complete relief from symptoms of anxiety. This recommendation may seem too simple to be valid, but substantial clinical evidence indicates that in many cases it is all that is necessary!