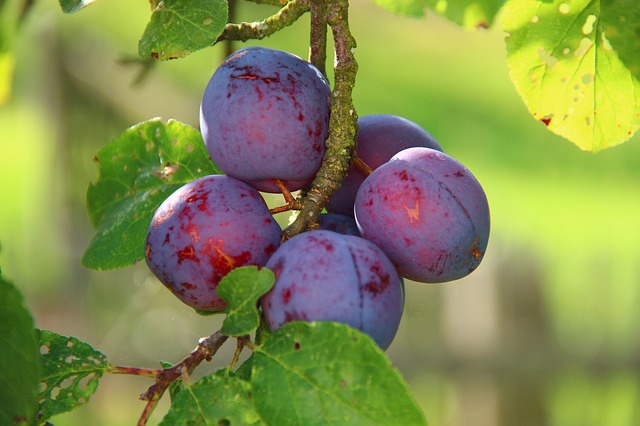 Prunes (dried plums) are most popularly used for their laxative effects, but a growing body of research indicates that prunes offer significant benefits to bone health.

In a 2001 study, prunes were shown to help offset women’s significantly increased risk for accelerated bone loss, during the first three to five years after menopause. When 58 postmenopausal women consumed approximately12 prunes each day for 3 months, they were found to have higher blood levels of enzymes and growth factors that indicate bone formation compared to the women who did not consume prunes.

A new clinical study led by researchers at San Diego State University has provided exciting new evidence on the effect and mechanism of prunes in postmenopausal women with low bone density.

Bone is a dynamic living tissue. The new frontier in osteoporosis prevention and treatment is looking at ways to influence bone remodeling and the entire bone matrix. First, it is important to point out that bone is much more than minerals like calcium. It is composed of lattice of connective tissue primarily composed of collagen that serves as the structural framework for proper mineralization. The collagen is to bone what 2 x 4s are to the frame of a house. Loss of collagen and other connective tissue structures appears to be more important in the prevention of fractures, than the calcium and other mineral components.

Bone remodeling requires the coordinated activity of three types of cells — osteoclasts (cells that breakdown bone), osteoblasts (bone forming cells), and osteocytes (former osteoblasts that have cells that become embedded in the bone matrix). The osteocytes can detect loads applied to bone – they are the reason that weight-bearing exercises build bone. The osteocytes are able to communicate with one another through a network of cytoplasmic connections, similar to what is seen with nerve cells.

The activity of the osteoclasts and osteoblasts, as well as the entire bone matrix, can be influenced by a number of factors. For example, chronic silent inflammation is one of the major causes of damage to the collagen matrix in bone, as well as activation of the osteoclasts. Inflammation leads to an increase in the formation of a mediator known as NF-kappa B. Receptors on osteoclasts (cells that breakdown bone) recognize the NF-kappa B and are then stimulated to breakdown bone. This effect is buffered by the osteoblasts (cells that build bone) through their secretion of osteoprotegerin (OPG), which blocks the effects on the receptor activator for NF-kappa B known as RANKL. The osteocytes get into the scene by releasing a substance known as sclerostin that blocks the activity of the osteoblasts. So, in summary a “perfect storm” for bone loss is higher RANKL and sclerostin levels, along with lower levels of OPG.

To further investigate the benefits and mechanism of action of prunes in reversing bone loss, researchers measured serum levels of RANKL, OPG and sclerostin in 160 postmenopausal women with low bone density. These participants were then randomly assigned to receive either 100 g prunes or 75 g dried apple per day for 12 months. All participants also received 500 mg calcium, plus400 IU vitamin D3 daily.

Although these percentage changes did not reach statistical significance, they do suggest that the positive effects of prunes on bone health may be due to favorable influences on the suppression of RANKL production, the promotion of OPG and the inhibition of sclerostin.

Giving the timing of this newsletter (Christmas Eve), I wanted a fitting theme. I am not referring to sugar plums in this article, but rather the delectable dried plum or prune as it is commonly known. Whenever I come across research such as the study highlighted here, it makes me wonder just how many other common foods have tremendous healing properties that have not yet been discovered.

The exact compounds responsible for the effects on bone health have not been identified as of yet. Prunes and plums contain a mixture of beneficial polyphenols including neochlorogenic and chlorogenic acid. Two related compounds that have well-documented antioxidant effects. It is interesting that the dried apple, which is also rich in beneficial compounds, apparently did not influence bone health. Previous newsletters have highlighted the potential of apples in preventing Alzheimer’s disease. So, different fruit (and other foods) appear to have different specific health benefits. Of course, that has been a resounding theme in my writings that food helps heal us. Here is a link to some of my Healing Food Facts – – Happy Holidays!