Why A Natural Approach To Treating Type 2 Diabetes Beats Medicine 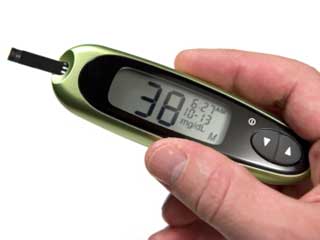 When I recently read the American Diabetes Association’s 2013 Standards of Medical Care for Type 2 Diabetes, I found many extremely alarming guidelines. Foremost is the complete over-reliance on the pharmaceutical management of diabetes and its complications, along with a complete absence of recommendations for use of critical nutritional support. The major shortcoming of pharmaceutical interventions in Type 2 diabetes is that they don’t impact the progression of the disease, and in many cases actually accelerate the underlying disease process and increase mortality. Yet this approach is the only one offered by conventional medicine.

The key issue that’s not addressed by the ADA or other conventional medical groups dealing with diabetes is that drugs are only biochemical band-aids. There is one fundamental truth that is rarely explained to the patient: Type 2 diabetes in almost every case is a disease caused by diet and lifestyle. Findings from the U.S. government’s Third National Health and Nutrition Examination Survey (NHANES III) clearly support this statement. Of individuals with type 2 diabetes, 69% did not exercise at all or did not engage in regular exercise; 62% ate fewer than five servings of fruits and vegetables per day; and 82% were either overweight or obese.

Among patients with pre-diabetes, a minimum of 150 minutes a week of physical activity similar in intensity to brisk walking was associated with a 58% reduced risk of developing diabetes. This study, the Diabetes Prevention Program, also looked at early drug therapy with metformin as a possible prevention strategy. The metformin reduced the risk by 31%. In other words, walking was nearly twice as effective!

Diet alone can often be effective as the sole factor in treating and reversing Type 2. Other lifestyle factors and supplements are important, but treatment of Type 2 begins with diet. There is considerable evidence from clinical trials that a diet low in refined carbohydrates is emerging as the most scientifically proven approach, especially when considering not only its effect on blood glucose levels, but also the effects it exerts in reducing the sequelae of diabetes, such as high cholesterol levels, cardiovascular disease, hypertension, and other complications.

The treatment of diabetes with natural medicine also involves trying to achieve ideal blood glucose control and metabolic targets, as well as reducing the risk of the complications of diabetes by focusing on the following four areas:

One of the centerpiece supplements for Type 2 diabetes is highly viscous dietary fiber products. A good high-potency multiple vitamin and mineral formula is also a must and should provide 200 to 400 mcg of chromium – a key mineral in the proper utilization of insulin. Other considerations include:

Before you swallow everything the American Diabetes Association recommends in terms of medications for your Type 2 diabetes, do yourself a favor and learn more about natural approaches that include a healthy diet, superfoods for diabetes, exercise, and nutritional supplements.

Psoriasis is a common skin condition that affects four percent of the U.S. population. Psoriasis is caused by a pileup of skin cells that have replicated too rapidly. It appears that rather than a disorder of the skin, psoriasis is primarily a condition that owes its origins to defects in the gastrointestinal tract and immune system. The primary factor appears to be an increase in cell signaling via compounds secreted by white blood cells on skin cells.

When you read the various announcements on National Psoriasis Month on conventional medical websites, do not be surprised to see the false claims that there is no cure for psoriasis and that the cause is largely unknown or that there is no mention of the link between diet and psoriasis. Everything in the conventional medical approach to psoriasis focuses on the use of drug therapy to suppress symptoms.

The effective treatment of any health condition involves addressing the underlying disease process – not suppressing the symptoms. In psoriasis, current medical treatments do not focus on correcting the problem – that is why the medical community says there is no cure. But, if you focus on correcting the key underlying defects by addressing the “leaky gut” seen in most patients, reducing inflammation with diet and natural products, and improving digestion a cure is definitely possible.

If you have psoriasis, check out the brief summary on psoriasis in my Health Conditions section.