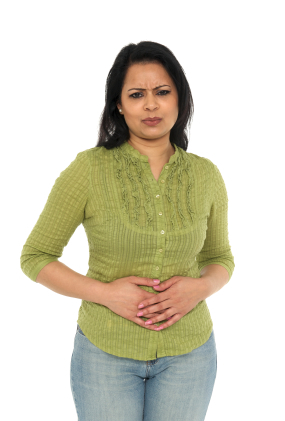 What is an ulcer?

An ulcer is a small wound that occurs in the stomach (gastric ulcer) or the first portion of the small intestine (duodenal ulcer). Although symptoms of a peptic ulcer may be absent or quite vague, most peptic ulcers are associated with abdominal discomfort noted 45-60 minutes after meals or during the night. In the typical case, the pain is described as gnawing, burning, cramp-like or aching or as “heartburn.” Eating or using antacids usually results in great relief.

WARNING: Individuals experiencing any symptoms of an ulcer need competent medical care. Ulcer complications such as hemorrhage, perforation and obstruction represent medical emergencies that require immediate hospitalization. Individuals with an ulcer must be monitored by a physician, even if following the natural approaches discussed below.

What causes an ulcer?

Even though duodenal and gastric ulcers occur at different locations, they appear to be the result of similar mechanisms. Specifically, the development of a duodenal or gastric ulcer is a result of some factor damaging the protective factors which line the stomach and duodenum such as too much gastric acid, the bacteria Helicobacter pylori (H. pylori) and various drugs, such as non-steroidal anti-inflammatory drugs and prednisone.

What dietary factors are important in an ulcer?

A high-fiber diet is associated with a reduced rate of duodenal or gastric ulcers, as compared with a low-fiber diet, by decreasing prolonged stomach acidity Fiber supplements (e.g., pectin, guar gum, oat bran and psyllium) have been shown to produce beneficial effects as well.

In addition, raw cabbage juice is well documented as having remarkable success in treating duodenal or gastric ulcers. In one study, 1 liter of fresh raw cabbage juice per day, taken in divided amounts, resulted in total duodenal or gastric ulcers healing in an average of only ten days. The beneficial effect is thought to be due to the amino acid glutamine, which is needed by the cells on the surface of the small intestine to regenerate. Broccoli and Brussels’ sprouts are in the same family as cabbage and regular consumption is helpful in preventing recurrence of duodenal or gastric ulcers as these foods are rich in sulforaphane, a compound that may be effective for helping the body get rid of Helicobacter pylori. This bacteria is responsible for most peptic ulcers and also increases a person’s risk of getting gastric cancer three to six-fold, and is also a causative factor in a wide range of other stomach disorders including gastritis, esophagitis, and acid indigestion.

And bananas, particularly plantains, may be of benefit due to their healing properties on the intestinal lining, while garlic, cayenne pepper, turmeric and foods high in vitamin C may also be helpful due to their ability to inhibit the growth of H. pylori.

What nutritional supplements should I take for an ulcer?

RevitalX is a high potency multi-nutrient powdered drink mix from Natural Factors. This product was developed by Michael Lyon, M.D. and was specifically engineered to be an excellent source of important nutrients to support the gastrointestinal lining, heal ulcers, and reduce inflammation. It is an excellent source of hypoallergenic vegetarian protein that we have termed GoldPeptides along with specific nutritional, probiotic, and herbal support to heal an irritated intestinal lining. Take two servings daily.

DGL (deglycyrrhizinated licorice) is a special licorice extract effective in promoting healing of recurrent canker sores. Licorice has historically been regarded as an excellent medicine for peptic ulcer. However, due to the side effects of the licorice compound glycyrrhetinic acid (it causes elevations in blood pressure in some cases), a procedure was developed to remove this compound from licorice and form deglycyrrhizinated licorice (DGL). Numerous studies over the years have found DGL to be an effective anti-ulcer medication. In several head to head comparison studies, DGL has been shown to be more effective than a placebo, standard drugs like Tagamet, Zantac, and antacids in both short-term treatment and maintenance therapy of gastric and duodenal ulcers. The proposed mechanism of DGL is its stimulation and/or acceleration of protective factors which protect against ulcer formation including increasing the number of cells that produce mucin. Take one to two 380 mg chewable tablets three times daily before meals.

Zinc carnosine exerts significant protection against ulcer formation as well as ulcer healing properties. Clinical studies in humans demonstrate an ability to heal ulcers as well as antagonize the bacteria (Helicobacter pylori) linked to indigestion (dyspepsia), peptic ulcer disease and stomach cancer. The recommended dosage is 75 to 150 mg twice daily. Nearly 90 per cent of the patients and doctors involved rated zinc-carnosine “extremely useful” or “useful” – and absolutely no side effects were reported.

Improvements in symptoms characteristic of an ulcer is the best measure of success. In the studies with DGL most subjects reported improvements within the first two weeks of use.