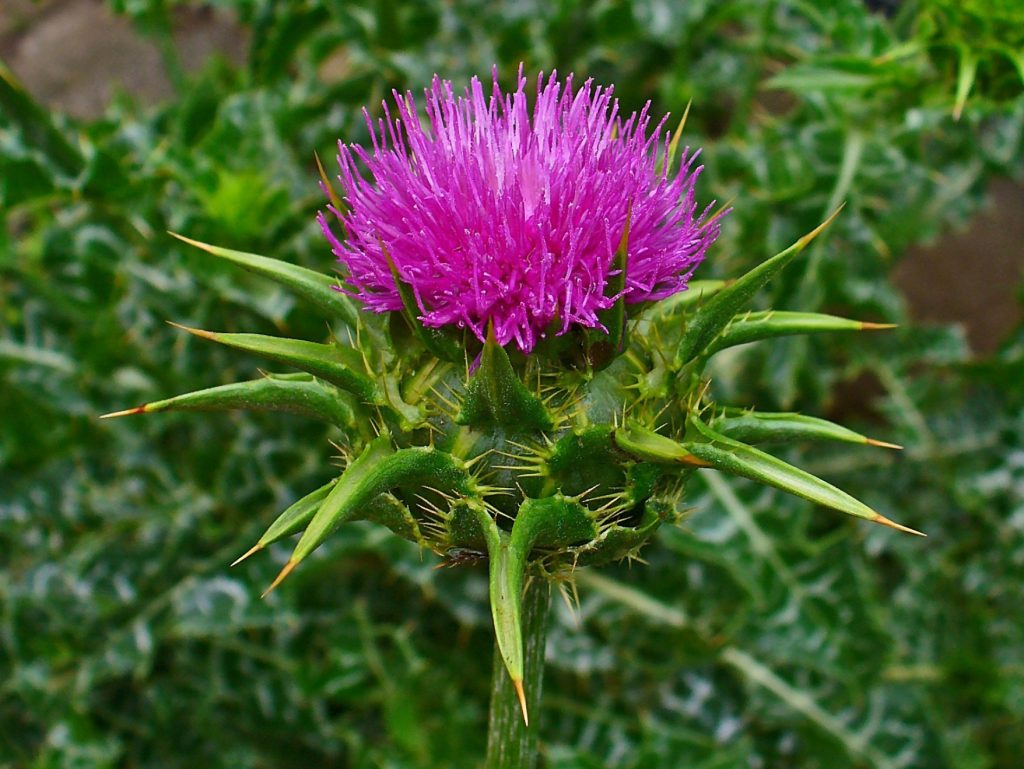 Just as the media often creates stories on natural products that lack critical thinking and are fraught with incorrect conclusions, sometimes marketers of dietary supplements make the same mistake. As it relates to milk thistle extract (silymarin), there are warnings out in the marketplace that women avoid milk thistle extract as it increases the risk of breast cancer and has estrogenic effects. That is a scary warning, but is it valid? Not at all, in fact telling women to avoid milk thistle extract is doing them a disservice.

There really is not any controversy. There is simply a misguided warning. Looking at the scientific literature, the overwhelming majority of studies show positive results in breast cancer models as well as those on bone metabolism and zero estrogenic effects have been noted in clinical trials in humans. The warning is based solely upon selected initial in vitro (test tube) and animal models from several years ago. These sorts of early studies have to be interpreted with great caution as they can produce misleading results because of dosage, metabolism, and concentration as well as the strain of rodent used. Follow up studies have completely eliminated any concern. In fact, they show just the opposite—a protective effect.

So what did the results show? “There was no evidence of carcinogenic activity.”

There are other studies that show silymarin is actually quite promising in both the prevention and possible therapeutic aid in breast cancer. Some of the beneficial effects noted include:

The effects of plant compounds often referred to as “phytoestrogens” like those in in ground flaxseeds, nuts and seeds, soy, many fruit and medicinal plants on estrogen receptors and metabolism is quite complex. Because there estrogenic effects are so weak, they actually exert more anti-estrogenic effects on breast tissue by occupying estrogen receptors thereby blocking the effects of stronger estrogenic agents including estradiol and pesticides.

On the flip side, many phytoestrogens are able to act on bone metabolism in a very positive manner. Preclinical studies with milk thistle extracts are showing tremendous promise in doing just that. So, milk thistle extracts block the negative effects of estrogen on breast and uterine tissue, while acting in a beneficial way to improve bone health.

Milk thistle components have been shown to exert dual effects on bone health by preventing the breakdown of bone by cells known as osteoclasts while at the same time improving the building of bone by osteoblasts. While these effects have yet to be proven in clinical studies in humans, they do show a positive effect with milk thistle consistent with dietary sources of phytoestrogens.

What Do We Know About the Benefits of Milk Thistle?

Milk thistle extracts (usually standardized to contain 70-80 percent silymarin) have been shown to exert positive effects in promoting improved liver health in double-blind, clinical trials in humans. It has also been shown to be safe and quite helpful in several types of liver disease, including hepatitis and cirrhosis. The therapeutic effect of milk thistle extracts in these disorders has been confirmed by biopsy as well as by clinical and laboratory data. Silymarin protects the liver by:

• Acting as a direct antioxidant and free radical scavenger.
• Increasing the cellular content of antioxidant compounds such as glutathione.
• Stimulating the formation of new liver cells to replaced those that are damaged.

A special extract of milk thistle bound to phosphatidylcholine, silybin phytosome, has been shown to be better absorbed and produce better results than regular milk thistle extract.

Again, milk thistle extract is extremely well tolerated and is free of significant side effects. It also has no significant interactions with drugs.

There is no existing evidence that milk thistle extract possesses any negative estrogenic effects in humans and the existing preclinical studies overwhelmingly shows it may have tremendous protective effects against breast cancer as well as osteoporosis.