Enzyme preparations are one of nature’s most powerful therapeutic agents. In particular, the proteolytic enzymes (or proteases) that digest break down proteins into smaller units have shown fantastic results for in many clinical indications. One of the most interesting proteolytic enzymes is serrapeptase or the “silk worm” enzyme. A new analysis of published clinical trials with serrapeptase in the treatment of pain and swelling after oral surgery for wisdom tooth extraction showed better results than corticosteroids, e.g., Medrol, Prednisone, etc. Given the unwanted side effects with these drugs, having a safer solution  is very good news.

Serrapeptase is also known as serratio peptidase, serralysin, and serrapeptidase. The enzyme was originally derived from a bacteria that resides in the intestines of silk worms. The silk worm uses the enzyme to breakdown the cocoon of the silk worm.

Serrapeptase has been used in Europe and Japan for over 50 years with good clinical results have been demonstrated in published clinical trials. Serrapeptase is more powerful and has broader pH stability than many other proteolytic enzymes.

Serrapeptase exerts anti-inflammatory actions greater than other proteolytic enzymes and is especially useful in the treatment of sports injuries, after any surgical procedure, and during flare-ups of rheumatoid arthritis and other autoimmune diseases.  In addition to its general anti-inflammatory effects in relieving pain and swelling, it is particularly beneficial in fibrocystic breast disease, as well as upper respiratory tract conditions like sinusitis, bronchitis, asthma, and chronic obstructive pulmonary disease due to its ability to improve the structure and function of the mucus secretions. Serrapeptase given to patients with chronic sinusitis or bronchitis was shown to significantly reduce the viscosity (thickness and stickiness), but not the elasticity (stretchiness) of nasal mucus. Improving the ratio of the viscosity to the elasticity is an important determinant of how well the mucus functions in eliminating infections. This effect explains why serrapeptase is so effective in both acute and chronic ear, nose, throat, and respiratory tract disorders.

Another popular application for serrapeptase has been its use in dissolving arterial plaque. Dr. Hans Nieper, a legendary medical doctor known for his extensive use of proteolytic enzymes, called serrapeptase the “Miracle Enzyme.” Dr. Nieper used the enzyme primarily as a plaque-buster to open up clogged arteries supplying the brain. Serrapeptase facilitates the breakdown of fibrin (a process known as fibrinolysis) and also helps to prevent abnormal blood clotting.

Clinical results from trials with the “Miracle Enzyme”

In the field of dentistry, serrapeptase has been used post-operative reduction of pain and swelling after minor surgical procedures, as well as after impacted wisdom tooth molar removal. In the most recent double-blind study from 2015, while methylprednisolone produced better pain relief, serrapeptidase was more effective in controlling post-surgical swelling and lockjaw.

Serrapeptase can reduce swelling by inhibiting the formation of cell-surface adhesion molecules that attract inflammatory cells to the site of trauma. Reducing swelling helps with pain, the pain-relieving activity is also related to the inhibition of pain inducing compounds known as kinins.

Serrapeptase has been investigated for pain, facial swelling and lockjaw after surgical removal of impacted wisdom teeth in five double-blind clinical trials. The studies were complex in that they not only compared the efficacy of serrapeptase to a placebo, but also to various other compounds alone and in combination including various combinations of bromelain, acetaminophen (Tylenol), ibuprofen, and various corticosteroids. The dosage of serrapeptase varied from 10 to 60 mg per day and no enzyme potency was noted. Nonetheless, the studies showed that in regards to swelling, no significant difference was observed for serrapeptase when compared to the treatments that included corticosteroids. In regards to lockjaw, serrapeptase showed much better results than the corticosteroids. Where corticosteroids show an advantage was in pain relief. Serrapeptase is judged as only a moderate pain reliever.

The author’s concluded “Serrapeptase could be used safely and effectively to improve trismus and facial swelling after surgical removal of impacted molar.” The authors further concluded that since serrapeptase has a better safety profile than drugs such as non-steroidal anti-inflammatory agents and corticosteroids, that it can be considered as an alternative drug in case of intolerance or contra-indication to other drugs.

My first comment is that it should not be viewed as an “alternative drug,” but rather a first line therapy given its safety and better overall efficacy in reducing inflammation. That said, at the very least serrapeptase should be used with the current standard care to hopefully reduce the dosage of corticosteroids required for pain relief.

Serrapeptase preparations are available through several companies. My recommendation is to make sure that you are taking serrapeptase in a gatric acid resistant capsule. The typical dosage 100,000 Serrapeptase Units one hour before or two hours after a meal. Three dosages may be taken daily. 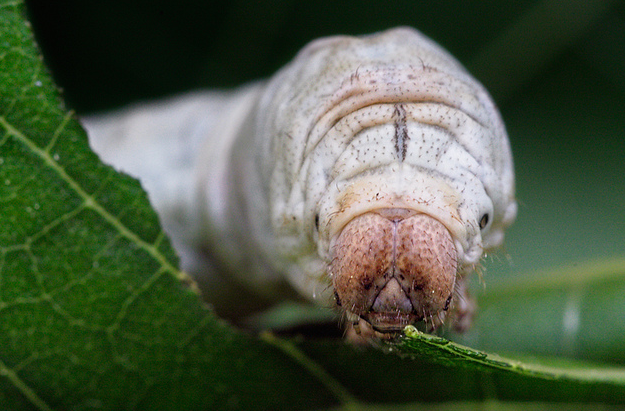