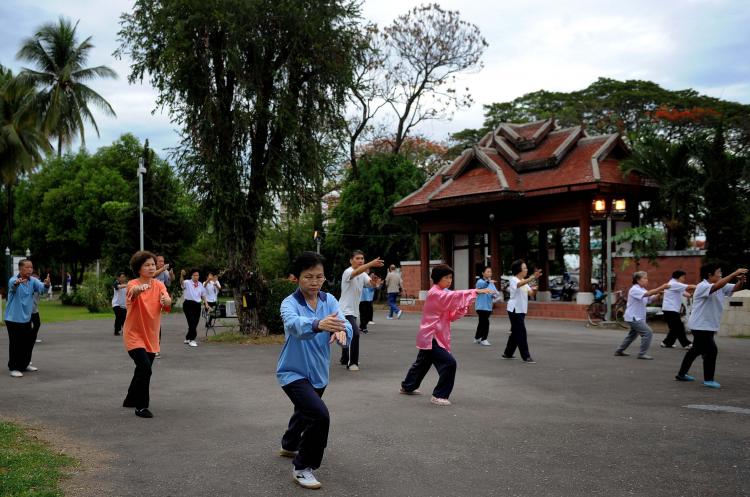 Understanding your genetic clock and how to slow it down

For many years, it was thought that cells were immortal if provided an ideal environment. That belief was discarded in the early 1960s when Leonard Hayflick, PhD, observed that human fibroblasts in tissue culture wouldn’t divide more than about 50 times. Hayflick found that if he froze the cells after 20 divisions, they would “remember” that they had 30 doublings left after they thawed.

Researchers also noted that fibroblasts begin looking old as they approach 50 cell divisions. They become larger and accumulate an increased amount of lipofuscin, the pigment responsible for “age spots.” Based on Hayflick’s findings, experts theorized that there is a genetic clock within each cell that determines when old age sets in.

Currently, many researchers in the field are working with what’s known as the “telomere shortening” theory of aging. Telomeres are the end-cap segments of DNA. Each time a cell replicates, a small piece of DNA is removed from the telomere—and the shorter the telomere gets, the more gene expression is affected. The result is cellular aging.

In addition to serving as a clock for aging, the telomere is involved in protecting the end of the chromosome from damage, controlling gene expression, and aiding in the organization of the chromosome. The telomere not only determines the aging of the cell, but also its risk for cancer, Alzheimer’s disease, and other degenerative diseases.

Slowing Down the Clock

The key to extending human lifespan will ultimately involve preserving or restoring telomere length to the DNA. But that technology is decades away. Luckily, there are low-tech ways to help slow down
our genetic clocks right now, including:

Research has shown that many nutrients help fight telomere shortening, especially B vitamins such as folic acid, vitamin B12, and niacin; zinc; magnesium; and vitamins C and E. The best way to insure adequate intake of these and other nutrients is to take a quality multivitamin/multimineral supplement. Should you take iron in your multi? Unless you have a significant need for iron or are a menstruating woman, do your best to avoid iron supplements. Taking iron has been associated with shorter telomeres. Excess iron can also act to increase free radical activity.

Taking extra vitamin D is a good idea, as well—most experts now recommend at least 2,000 IU daily. In one study, scientists examined the effects of vitamin D on the length of telomeres in the white blood cells of 2,160 women aged 18—79 years. The higher their vitamin D levels, the longer the telomere length.

In terms of aging, there was a five-year difference in telomere length in those with the highest levels of vitamin D compared to those with the lowest levels. Obesity, smoking, and lack of physical activity can shorten telomere length, but researchers found that increasing vitamin D levels overcame these effects. What this five-year difference means is that a 70-year-old woman with higher vitamin D levels would have a biological age of 65 years.

Fish oils are also important to slowing the genetic clock. Higher levels of the omega-3 fatty acids EPA and DHA have been shown to reduce telomere shortening in a long-term study. The recommended dosage of fish oils is based upon providing a daily intake of 1,000 mg EPA and DHA.

Lastly, the flavonoids and polyphenols in grape seed, pine bark (Pycnogenol), and green tea are associated not only with reducing markers of inflammation, but also with preventing telomere shortening in experimental studies. The dosage recommendation for extracts providing at least 90 percent polyphenols is 150—300 mg daily.

But perhaps the biggest cause of premature telomere shortening in North America is resistance to the hormone insulin that occurs in obesity, prediabetes, and type 2 diabetes, as recent studies have documented that insulin resistance is associated with shorter telomeres. Achieving ideal body weight and utilizing strategies to increase the sensitivity of the body cells to insulin is a critical goal to preventing telomere shortening.