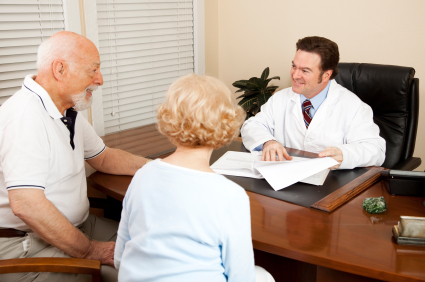 What is Prostate Enlargement?

The prostate is a single, doughnut-shaped gland about the size of a walnut that lies below the bladder and surrounds the urethra. The prostate secretes a thin, milky, alkaline fluid that increases sperm motility and lubricates the urethra to prevent infection. Prostate secretions are extremely important in successful fertilization of a woman’s egg.

Benign (nonmalignant) enlargement of the prostate gland is known medically as benign prostatic hyperplasia, or BPH for short. Because an enlarged prostate can pinch off the flow of urine, BPH is characterized by symptoms of bladder obstruction, such as increased urinary frequency, nighttime awakening to empty the bladder, and reduced force and flow speed of urine.

BPH is an extremely common condition. Current estimates are that it affects more than 50 percent of men during their lifetime. The actual frequency increases with age, from approximately 5 to 10 percent at age 30 to over 90 percent in men older than 85.

Warning: Prostate disorders can only be diagnosed by a physician. Do not self-diagnose. If you are experiencing any symptoms associated with BPH or prostate cancer, see your physician immediately for proper diagnosis.

BPH is largely the result of hormonal changes associated with aging. These changes within the prostate reflect the many significant changes in both male (androgen), female (estrogen) and pituitary hormone levels in aging men. The ultimate effect of these changes is that there is an increased concentration of testosterone within the prostate gland, and an increased conversion of this testosterone to an even more potent form known as dihydrotestosterone (DHT). The increase in levels of testosterone and DHT is largely due to a decreased rate of removal combined with an increase in the activity of the enzyme 5-alpha-reductase, which converts testosterone to DHT.

Which Dietary Factors are Important in Prostate Enlargement?

Diet appears to play a critical role in the health of the prostate. In trying to treat or prevent BPH, the diet should be as free as possible from pesticides and other contaminants (e.g., dioxin, polyhalogenated biphenyls, hexachlorobenzene and dibenzofurans). It is quite possible that the tremendous increase in the occurrence of BPH in the last few decades reflects the ever-increasing effect that toxic chemicals have on our health. BPH is perhaps just one of many health problems that may be due to these toxic substances.

A diet rich in natural, whole foods may offer some protection against these toxins.In particular, focus on unprocessed foods, including whole grains, legumes, vegetables, fruits, nuts and seeds. Eat ¼ cup of raw sunflower seeds or pumpkinseeds each day to boost your levels of zinc, which is used by prostate enzymes. Consuming soy foods helps balance testosterone metabolism. Also, daily consumption of lycopene-rich vegetables, such as tomatoes, spinach, kale, mangos, broccoli and berries, promotes prostate health and plays a role in preventing prostate cancer. It is also important to reduce your intake of alcohol (especially beer), caffeine and sugar, all of which have an adverse effect on the way testosterone is metabolized and cleared from the body.

Which Nutritional Supplements Should I Take for Prostate Enlargement?

Begin with one of the following:

Saw palmetto (Serenoa repens) extract has the most well-documented benefits of any natural treatment for BPH. Numerous clinical studies have shown that saw palmetto extract significantly diminishes the signs and symptoms of BPH. Roughly 90 percent of men who have mild to moderate BPH experience some improvement in symptoms during the first four to six weeks of therapy. All major symptoms of BPH have been relieved, especially nighttime urinary frequency. The recommended dosage of the extract standardized to contain 85 to 95 percent fatty acids and steroids is 320 to 640 mg daily.

Pygeum africanum is an evergreen tree native to Africa. Numerous clinical trials involving more than 600 patients have demonstrated pygeum extract to be effective in reducing the symptoms and clinical signs of BPH, especially in early cases. However, in a double-blind study that compared pygeum extract with saw palmetto extract, the saw palmetto extract produced a greater reduction of symptoms and was better tolerated. There may be circumstances in which pygeum is more effective than saw palmetto, and as the two extracts have somewhat overlapping mechanisms of actions, they can be used in combination. The typical dosage of pygeum extract is 50 to 100 mg twice a day.

Cernilton, an extract of flower pollen, has been used in Europe to treat BPH for more than 35 years, and its effects have been confirmed in double-blind clinical studies. The overall success rate of Cernilton in patients with BPH is about 70 percent. The typical dosage of is 63 to 126 mg two to three times per day.

Even if symptoms of BPH are quite mild, it is still important to treat them. Early treatment, especially with natural approaches, will produce better results. If left untreated, BPH can eventually obstruct the bladder outlet, resulting in urine retention and, eventually, kidney damage. As this situation is potentially life threatening, proper treatment is crucial.

The chance of clinical success with any of the botanical treatments for BPH appears to be determined by the degree of bladder outlet obstruction, which is indicated by how much urine is left after attempting to void the bladder. This residual urine level is determined by an ultrasound exam. For mild cases of BPH (residual urine levels less than 50 ml), the results are usually excellent and quite noticeable within the first month of therapy. For moderate cases (residual urine levels between 50 and 100 ml), the results are usually quite good within the first four to six weeks. For example, roughly 90 percent of men with mild to moderate BPH experience some improvement in symptoms during the first four to six weeks of taking saw palmetto extract.

If the residual urine level is between 100 ml and 150 ml, it may take two to three months before significant improvements are noted. If the residual urine content is greater than 150 ml, saw palmetto extract and other herbal medicines are not likely to produce any significant improvement on their own. In these cases, it may be necessary to use the herbs in combination with drug therapy. In very severe cases, a surgical procedure to open up the passageway, known as a TURP (trans-urethral resection of the prostate), may be necessary.

Decreased nighttime awakenings to empty the bladder are usually the first signs of improvement, followed by a reduced sense of urinary urgency and increased force and flow of urine.