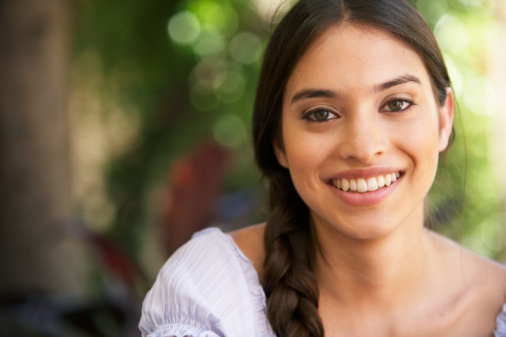 The term probiotic literally means “for life.” It is used to describe the beneficial bacteria that inhabit the human intestinal tract. Probiotics include fermented foods such as yogurt, sauerkraut, and kefir as well as specific supplements containing freeze-dried bacteria. The specific microorganisms found in these products are usually Lactobacilli and Bifidobacteria.

Probiotic supplement sales are booming these days. There are several reasons for this occurrence. While mainstream marketing and advertising is clearly a factor, there is also a very large database of clinical research to support probiotic supplementation. A quick search at the National Library of Medicine’s website (Pubmed) for clinical trials with probiotics show that there are now over 1,000 published double-blind clinical studies.

In the 1940s dermatologists John H. Stokes and Donald M. Pillsbury proposed a gastrointestinal mechanism for the overlap between depression, anxiety and skin conditions such as acne. These doctors hypothesized that emotional states might alter the normal intestinal microflora, increase intestinal permeability, and contribute to systemic inflammation and increased sebum production. The remedies these authors discussed as a means to cut off the stress-induced cycle included administration of Lactobacillus acidophilus cultures long before they were known as probiotics.

Many aspects of this gut-brain-skin unifying theory proposed by Stokes and Pillsbury have recently been validated. The ability of the gut microflora and oral probiotics to influence systemic inflammation, oxidative stress, blood sugar control, tissue lipid content and even mood itself, may have important implications in acne. In addition, probiotic supplementation is often indicated given the common use of antibiotics to treat acne as they kill off the important healthy bacteria in the intestines.

In a study conducted at the University of Alberta, administration of a probiotic was shown to produce significant benefits in women with inflammatory acne. The study was conducted on 45 women ages 18- to 35-year-old who were randomly assigned to one of three arms. Group A received probiotic supplementation, group B received minocycline (an antibiotic), and group C was treated with both probiotic and minocycline. Though all patients demonstrated a significant improvement in total lesion count 4 weeks after treatment initiation, with continued improvement seen at the 8- and 12-week follow-up visits, group C experienced the best results. Two patients (13%) from group B failed to complete the study because they developed vaginal yeast infections.

The takeaway message is that probiotics alone may be effective in many cases and if an antibiotic is used probiotics can enhance the efficacy and reduce the likelihood of a yeast infection.

Numerous analyses of commercially available probiotic supplements indicates there is a tremendous range of quality. The quality of probiotic supplements depends on two main factors, (1) the characteristics of the strains contained in the supplement and (2) adequate viability, so that sufficient numbers of bacteria are viable at the point of consumption. Viability at consumption depends on a number of factors, such as proper manufacturing and the “hardiness” of the strain, as well as packaging and storage of the product in the right amount of moisture and at the correct temperature. What all of this means is that consumers must utilize products developed and manufactured by companies that have done the necessary work and quality control to insure the viability of their product.

The dosage of probiotic supplements is based primarily on the number of live organisms present in the product. Successful results are most often attained by taking between 5 billion and 20 billion viable bacteria per day, though it is important to note there is ample support in the medical literature for success at even lower dosages (e.g., 100 million to 1 billion live cells per day).

Jung GW, Tse JE, Guiha I, Rao J. Prospective, randomized, open-label trial comparing the safety, efficacy, and tolerability of an acne treatment regimen with and without a probiotic supplement and minocycline in subjects with mild to moderate acne. J Cutan Med Surg. 2013 Mar-Apr;17(2):114-22.