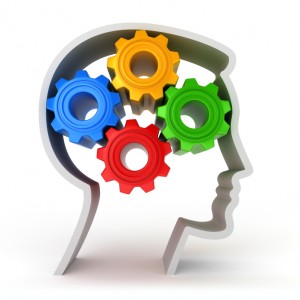 Phosphatidylserine, or PS for short, is the major fatty substance in the human brain where it plays a major role in determining the structure, integrity and function of the membranes in brain cells. Normally the brain cells can manufacture sufficient levels of its own phosphatidylserine, but there is evidence that insufficient production is common especially in people over the age of fifty and in children with attention-deficit hyperactivity disorder (ADHD)

Research is quite clear that low levels of PS can lead to depression and/or impaired mental function. Good results have been obtained in numerous double-blind studies with phosphatidylserine supplementation in improving mental function, mood, and behavior in elderly subjects. These benefits may extend to children or adults with ADHD as well.
Read MoreClose

Background information:
The membrane of brain cells is a major action center. It not only regulates what goes in and out of the nerve cell, it serves the role as transmitter and receiver of chemical messages that allow cells to talk to one another. PS is critical in the function of healthy brain cells.

Not only does PS affect the outer nerve cell membranes, it also becomes incorporated within the inner cell membranes thereby improving energy production within the brain cells. When the individual cells of the brain have more energy, the brain as a whole is energized, has more power, and functions better. As a result PS may help children with ADHD have more mental clarity and demonstrate improvements in memory and mental tasks.

New data:
In a landmark study, 36 children, aged 4-14 years, who had not previously received any drug treatment related to ADHD, received placebo or 200 mg day of PS for 2 months in a randomized, double-blind study. The main outcome measures included: (i) ADHD symptoms; (ii) short-term auditory memory and working memory; and (iii) mental performance to visual stimuli.

The results showed that PS supplementation produced significant improvements in all main outcome measures as well as inattention and impulsivity. PS was well-tolerated and showed no side effects.

These results are extremely promising and indicate that PS supplementation may offer a safe and effective alternative to conventional drug therapy.