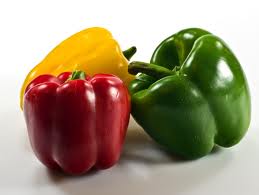 Introduction:
Parkinson’s disease (PD) is a movement disorder that is the result of damage to the nerves in the area of the brain that is responsible for controlling muscle tension and movement. The damaged cells are the ones needed to produce the neurotransmitter called dopamine. Main symptoms can include shaking or tremor at rest, slow movement, stiffness or rigidity of limbs and problems with balance.

The first biochemical abnormality in PD is a decrease in the level of glutathione (GSH), the brain cell’s primary antioxidant. The low GSH makes the cells more susceptible to oxidative damages—such as induced by environmental toxins—thus setting the stage for the destruction of the brain cell.  There are a number of dietary and environmental factors that are thought to be responsible for the initial decrease in GSH. Likewise there are a number of dietary and lifestyle factors that offer protection. A new study highlights the benefits of members of the nightshade (Solanacea) family of vegetables that includes tomatoes, peppers, and eggplant.

Background Data:
Population based studies show that people who smoke cigarettes are 60 percent less likely to get PD than those who have never smoked. Studies in animals and cell cultures indicate that nicotine is able to slow the loss of dopamine-producing brain cells and in some models actually rescue the brain cells back to health.

If you’re a smoker, don’t get too excited. Though nicotine may offer some protection against PD it greatly increases the risk for major killers like heart disease, stroke, and cancer. Though clinical studies are underway looking at nicotine patches to delay the progression of PD, dietary sources of nicotine may prove to be the best approach.

New Data:
Researchers at the University of Washington in Seattle decided to test whether risk of Parkinson disease (PD) is associated with consumption of nicotine-containing edibles from the same botanical family as tobacco, Solanaceae, including peppers, tomatoes, and potatoes.

The researchers evaluated 490 patients who were diagnosed with PD and compared them to 644 with no neurological disorders who served as a control group. All were asked about their lifetime diets and tobacco use. Tobacco use was defined as ever smoking more than 100 cigarettes or regularly using cigars, pipes or smokeless tobacco.