Parkinson’s disease is a degenerative brain disorder caused by damage to an area of the brain responsible for controlling muscle tension and movement. The damaged brain cells in this region are unable to produce sufficient dopamine, an important brain chemical that acts as a neurotransmitter in carrying out the brain’s message to produce physical movement.

Parkinson’s disease (PD) is classified as a degenerative brain disorder. Symptoms generally develop slowly over years with the progression of symptoms varying from one person to the next. Parkinson’s disease usually begins as a slight tremor of one hand, arm, or leg. In the early stages the tremors are more apparent while the person is at rest, such as while sitting or standing, and are less noticeable when the hand or limb is being used. A typical early symptom of Parkinson’s disease is “pill-rolling,” in which the person appears to be rolling a pill back and forth between the fingers. As the disease progresses, symptoms often get worse. The tremors and weakness affect the limbs on both sides of the body. The hands and the head may shake continuously. The person may walk with stiff, shuffling steps. In many cases, the disease causes a permanent rigid stooped posture and an unblinking, fixed expression. PD is also characterized by depression and the development of dementia.

PD is classified as a degenerative brain disease like Alzheimer’s disease and shares some common underlying aspects. Both are caused by oxidative damage, inflammation, and dysfunction of mitochondria (the energy producing compartments in cells). Genetics are a factor in 10-15% of cases, so the major cause of PD is environmental factors such as long-term occupational exposure to copper, iron, lead, and manganese, as well as exposure to pesticides, herbicides, solvents, and other toxic substances.

The first biochemical abnormality in PD is a decrease in the level of glutathione (GSH), the brain cell’s primary antioxidant and detoxifier. There are a number of dietary and environmental factors that are thought to be responsible for the initial decrease in GSH. Basically a diet low in protective antioxidants combined with increased exposure is makes brain cells more susceptible to oxidative damages—such as induced by environmental toxins—and also makes it less likely that the toxins will be neutralized, thus leading to the destruction of brain cells. Repetitive brain trauma is another risk factor for PD.

Currently, Parkinson’s disease (PD) is best treated with drug therapy. Unfortunately, although effective in the early stages of the disease in providing relief of symptoms, drug therapy does not stop the disease progression and it loses efficacy with time. Hence, the importance of supporting the function and structure of the brain with optimal nutrition using key dietary and supplement strategies.

The most popular drug used in PD is Sinemet®—a drug that contains two key ingredients: levodopa and carbidopa. Levodopa, or L-dopa, is the “middle step” in the conversion of the amino acid tyrosine into dopamine. L-dopa, but not dopamine, can cross the blood-brain barrier. Carbidopa is a drug that works by ensuring that more L-dopa is converted to dopamine within the brain, where it is needed, and not before it gets to the brain. Other drugs used include Eldepryl (selegiline or deprenyl), bromocriptine, and amantadine. But the combination of levodopa and carbidopa is by far the most popular treatment of PD.

One of the key dietary approaches to help L-dopa therapy work better as well as reduce common side effects is eating a low protein diet. The usual recommendation is to eliminate dietary protein from breakfast and lunch while eating a typical dinner so that total daily protein intake is less than 50 g/day for men and 40 g/day for women. This simple dietary practice can offer an effective method for the reduction of tremors and other symptoms of Parkinson’s disease during waking hours. Since L-dopa absorption is delayed or diminished by amino acids in protein meals, it is also recommended that patients on L-dopa take their medication with a low protein meal.

The diet should also be very rich in dietary antioxidants. There is an abundance of data suggesting an excessive free radical burden contributes to PD. Dietary antioxidants can offer protection against this burden. A daily intake of five servings of richly-colored vegetables, especially green leafy vegetables, and two servings of fruit is recommended. Nuts, seeds, legumes, and other plant foods also provide important antioxidants. 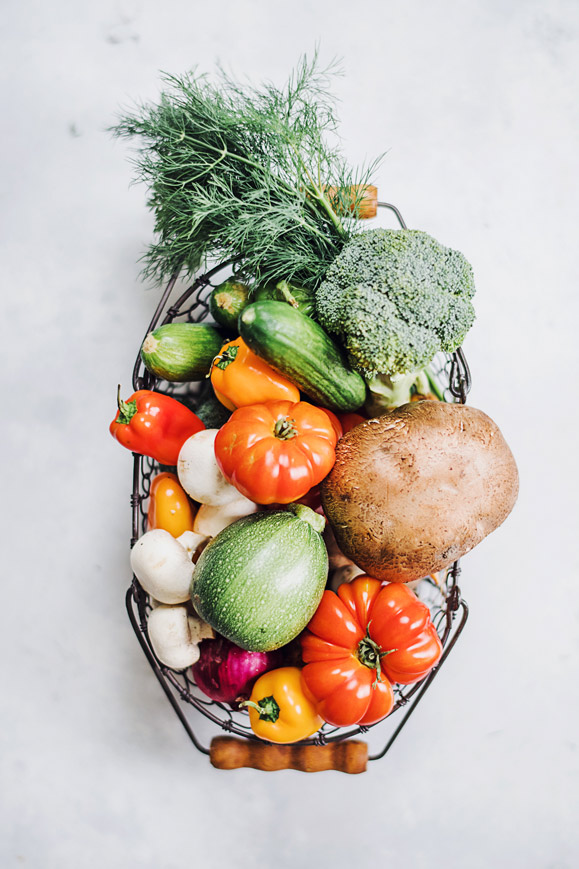 It is important to support brain health in PD by first focusing on some foundational dietary supplements:
(links open in new tabs)

Next, the following supplements may offer additional support:

N-acetylcysteine (NAC) is a very important dietary supplement in supporting the health of the brain because it increases the level of glutathione (GSH), the key antioxidant that protects the brain cell from oxidative damage. GSH also escorts many toxins out of the body. NAC provides a source of the amino acid cysteine, which is used by the body to produce glutathione. Supplementing with NAC increases glutathione levels and offers protection for proper brain function and cellular structure.1 Investigators at Thomas Jefferson University in Philadelphia, Pennsylvania, have demonstrated that NAC supports proper dopamine metabolism and offers special nutritional support in patients with PD.2 Specifically, patients with PD who received NAC (intravenously at a dosage of 50mg/kg body weight once per week and orally 600 mg twice daily) experienced significant improvement in both brain and muscular function. 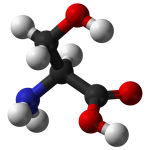 L-serine is another amino acid that offers protection to the brain and is showing promise in protecting against brain cell degeneration.3 In the brain, serine is bound to fatty acids and glycerol to form phosphatidylserine, the major phospholipid in the brain. Phosphatidylserine (PS) is a key factor in determining the integrity and fluidity of cell membranes. Normally the brain can manufacture sufficient levels of phosphatidylserine, but there is evidence that insufficient levels of PS in the elderly may be linked to depression and/or impaired mental function in the elderly. Good results were obtained in a double-blind study with PS supplementation in PD patients. PS was shown to improve mental function, mood, and behavior in these subjects.4 The typical dosage for PS is 300 mg per day, but supplementation with only L-serine may produce better results. Based upon safety studies and emerging clinical data, supplementation with 15 g of L-serine twice daily is safe and appears to be the most useful dosage. 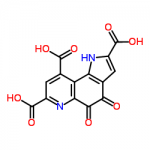 PD is characterized by impaired function of the energy producing compartments of cells, the mitochondria. Specifically, the areas of the brain that degenerate in PD have low mitochondrial function. Two dietary supplements that have been shown to work together very well in boosting brain cell mitochondrial function and protecting the brain are CoQ10 and PQQ (pyrroloquinoline quinone).5,6 CoQ10 is very well known, but PQQ is just beginning to get popular. PQQ is a powerful antioxidant that specifically protects against mitochondrial damage. It also promotes the spontaneous generation of new mitochondria within aging cells, a process known as mitochondrial biogenesis. This effect is why PQQ is so exciting as an anti-aging strategy.

While PQQ is effective on its own, when it is combined with coenzyme Q10 even better results have been noted. This synergistic effect was first seen in animal studies and further demonstrated in human double-blind, placebo-controlled clinical trials. In one study of 71 middle-aged and elderly people aged between 40-70, supplementation with 20 mg per day of PQQ resulted in improvements on tests of higher cognitive function compared to the placebo group, but in the group receiving 20 mg of PQQ along with 300 mg of CoQ10 the results were even more dramatic.7 PQQ and CoQ10 are both involved in mitochondrial energy production, so these results are not that surprising. 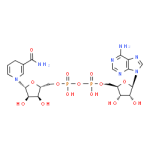 NADH is the active form of vitamin B3 that is required by the brain to make various neurotransmitters, including dopamine, as well as chemical energy within the mitochondria.  Human studies indicate that NADH is effective in raising the level of dopamine within the brain. This effect makes it useful in supporting brain health in those with PD. The results from two clinical trials confirm that NADH supports dopamine levels and function, and as a result produces significant benefits in supporting brain and muscular function in PD patients.8-10

Curcumin, the yellow pigment of turmeric (Curcuma longa), is showing incredible promise as a brain protector.12 Residents of rural India, who eat large amounts of turmeric, have been shown to have the lowest incidence of age-related brain issues in the world. As it relates specifically to PD, 13 studies in the animal model of PD, showed that curcumin exerts significant protection and improved dopamine levels.13

Curcumin may help improve cognitive function and memory in PD patients. In a human study conducted at UCLA, 40 adults between the ages of 50 and 90 years who had impaired cognition and memory were randomly assigned to receive either a placebo or Theracurmin, a highly bioavailable form of curcumin, at a dosage of 90 milligrams of curcumin  twice daily for 18 months.14 All 40 subjects received standardized cognitive assessments at the start of the study and at six-month intervals and after 18 months. The people who took Theracurmin experienced significant improvements in their memory and attention abilities, while the subjects who received placebo did not. In memory tests, the people taking curcumin improved by 28 percent over the 18 months. Those taking Theracurmin also had mild improvements in mood, and their brain PET scans showed significantly less damage. 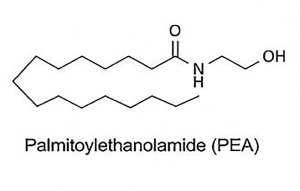 Palmitoylethanolamide (PEA) is a fatty substance produced in the body and brain. PEA is technically referred to as a “pro-resolving lipid signaling molecule.” What this means is that through impacting central control mechanisms within our cells, PEA has an ability to resolve inflammation and cellular stress. This extremely beneficial effect has been demonstrated in over 600 scientific investigations. There is considerable evidence that PEA exerts significant benefit in overcoming the decline in mental cognition associated with aging. As it relates to PD itself, in one clinical trial in PD patients on L-dopa the addition of 600 mg PEA led to significant reduction in most symptoms over the course of one year. The authors of the study concluded PEA slowed down disease progression and disability.15 Other clinical studies in elderly subjects does show PEA exerts a number of impressive effects that would be of benefit in improving mood and brain function. 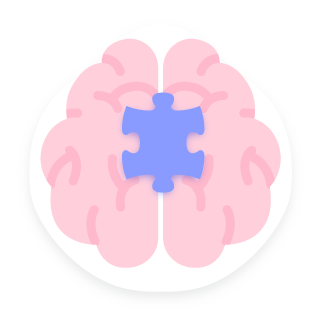 Parkinson’s disease, like Alzheimer’s disease, is often heartbreaking as it slowly progresses in severity. What I appreciate most about the dietary and supplement support is that it seems to improve the quality of life in these patients. When the brain is not working right, life is difficult. Fortunately, the brain is very responsive to nutritional support. Keep in mind that the brain is the most metabolically active tissue in the body. Giving it the tools to function and protect itself can produce significant improvements in mood, cognition, memory, and motor function. 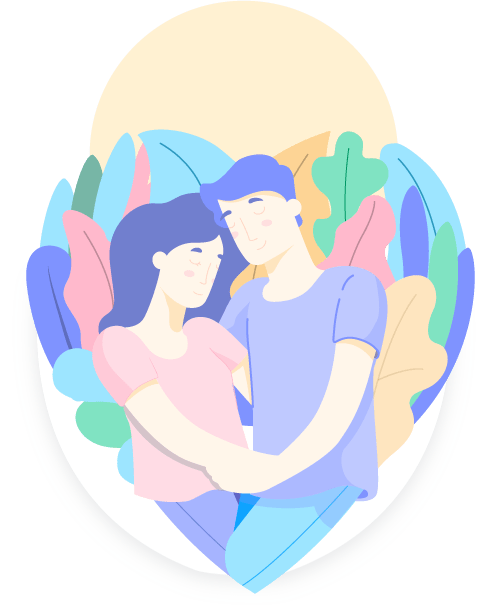