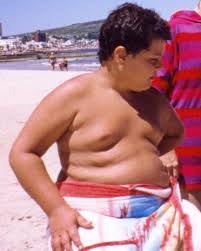 Some normal weight individuals show obesity-related characteristics such as insulin resistance, elevated fasting blood sugar levels, high triglyceride levels, and high blood pressure. Although eating a high carbohydrate diet is linked to these findings, a new study shows that low magnesium status contributes to this disorder, and that magnesium supplementation can improve the metabolic profile in these subjects.

Magnesium is second only to potassium in terms of concentration within the individual cells of the body. The functions of magnesium primarily revolve around its ability to activate many enzymes. It is an essential cofactor in the enzymatic processes involved in energy production, insulin action, and the regulation of glucose and lipid metabolism, as well as in the regulation of blood pressure.

Magnesium deficiency is extremely common in Americans due to a lack of dietary magnesium. Deficiency is also often secondary to factors that reduce absorption or increase the excretion of magnesium such as: high calcium intake, alcohol, surgery, diuretics, liver disease, kidney disease, and oral contraceptive use.

The treatment group received an oral supplement providing 382 mg of elemental magnesium per day for 4 months. At the beginning of the study there were no significant differences between groups. At the end of follow-up, the following parameters were significantly lower in the subjects who received magnesium compared with individuals in the placebo group: fasting glucose (-12.3 vs. -1.8% mg/dL, p <0.05); triglyceride levels (-47.4% vs. 10.1% mg/dL); HOMA-IR index (-46.5 vs. -5.4%,; and systolic (-2.1 vs. 3.9% mmHg) and diastolic (-3.8 vs. 7.5% mmHg) blood pressures.

These results show quite clearly that magnesium supplementation provides significant benefits in the regulation of metabolic disturbances and blood pressure whether someone is overweight or not.

Most Americans consume less than 50% of the recommended dietary intake (RDI) for magnesium indicating that a large segment of the population may benefit greatly from magnesium supplementation.

Magnesium supplements are available in several different forms. Absorption studies indicate that magnesium is most easily absorbed orally when it is bound to citrate, and presumably aspartate and other members of the Krebs cycle, such as malate, succinate, and fumarate. Inorganic forms of magnesium such as magnesium chloride, oxide, or carbonate are generally well absorbed, but are more likely to cause diarrhea at higher dosages.

Personally, even though I probably consume adequate amounts of magnesium from my diet, because I work out intensely and live in a hot climate (Arizona) I take a scoop of Magnesium Citrate drink mix (Natural Factors) providing 300 mg of elemental magnesium in a glass of water every night before I go to bed. In addition to providing my brain and body with this easily absorbable form of magnesium, there is data that shows that magnesium supplementation also greatly improves sleep quality.