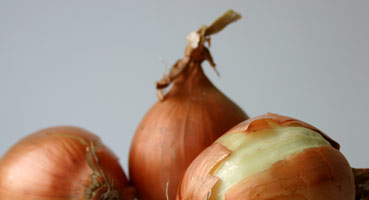 Did you know that the onion is a member of the lily family? Onions come in a wide variety of flavors, colors, and shape, which can be broken up into two main groups: spring/summer and storage onions. Spring/summer onions typically have a mild and sweet taste while storage onions have a more pungent flavor. As early as the sixth century, onions were used in India for medicinal purposes. Onions were also served as a breakfast dish throughout the Middle Ages. Today onions are used in cuisines around the world.

Nutritional Highlights:
·      Onions are a good source of vitamins C and B6, biotin, chromium and dietary fiber.
·      They are also a source of folic acid, vitamins B1 and K.
·      A 3½ ounce onion contains approximately 44 calories.
Health Benefits:
Onions and onion extract has been shown to decrease blood pressure as well as lipid levels and prevent blood clot formation.
It is believed that allyl propyl disulfide and flavonoids found in onions can substantially lower blood sugar levels by competing with insulin for breakdown in the liver.
Currently, research is being done that tests onion’s ability to destroy tumor cells. 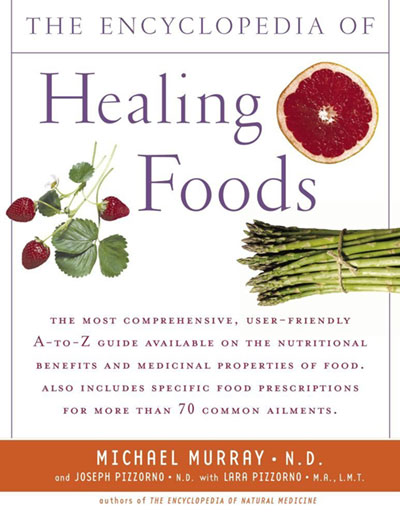 To avoid your eyes tearing up when handling onions, try chilling them for about an hour prior to preparation. Raw, sautéed or caramelized, onions add flavor and nutrition to almost any meal. For more preparation tips and nutritional information, take a look at my book, “The Encyclopedia of Healing Foods”

Chronic open-angle type glaucoma is by far the most common form. It accounts for about 70-75% of the approximately 3 million people in the United States who have glaucoma.

In some cases glaucoma develops in people with normal IOP. Referred to as low-tension glaucoma or normotensive glaucoma (NTG), this form accounts for approximately 25 to 30 percent of all glaucoma cases in the United States. NTG is more common in women than in men and affects adults averaging 60 years old. A common risk factor for NTG is low blood pressure.

Since many patients with glaucoma have no symptoms, it is important that regular eye exams be included in their annual checkup after the age of sixty. Glaucoma is a serious condition that requires strict attention.

What are the signs and symptoms of GLAUCOMA?

Since patients with the early stages of chronic glaucoma rarely have symptoms, it is important that regular eye exams be included in their annual checkup after the age of sixty. Chronic glaucoma can result in the gradual loss of peripheral vision resulting in tunnel vision.

Typical signs and symptoms of acute glaucoma include extreme pain, blurring of vision, reddened eyes, and a fixed and dilated pupil. Acute glaucoma is a medical emergency. If you are showing any signs of glaucoma, consult an ophthalmologist immediately. Unless adequately treated within twelve to forty-eight hours, an individual with acute glaucoma will become permanently blind within two to five days.

The cause of glaucoma appears to be an abnormality in the composition of the supportive structures of the eye. Specifically, structural changes reflecting poor collagen integrity and function are the hallmark features of glaucoma. These changes lead to blockage in the flow of the aqueous humor and result in elevated intraocular pressure (IOP) readings.

What dietary factors are important in GLAUCOMA?

For chronic glaucoma, a generally healthful diet is recommended, with a focus on foods high in vitamin C and flavonoids, such as fresh fruits and vegetables. In addition, regular consumption of cold-water fish (e.g., salmon, mackerel, herring, and halibut) is also encouraged due to their high content of omega-3 fatty acids. Animal studies have shown that an increased consumption of omega-3 fatty acids can lower IOP.

Chronic glaucoma has been successfully treated by eliminating allergies. In one study, of the 113 patients exposed to a food or environmental allergen demonstrated an immediate rise in IOP of up to 20 mm, in addition to other typical allergic symptoms. To treat glaucoma by eliminating food allergens, follow the guidelines given in FOOD ALLERGIES.

What nutritional supplements should I take for GLAUCOMA?

Vitamin C is necessary for proper collagen integrity. Vitamin C supplementation has been shown to lower IOP levels of glaucoma patients in many clinical studies. Although some people respond to as little as 2 grams per day, others may respond only to extremely high doses (35 grams per day). Abdominal discomfort is common when using high doses, but usually tapers off after three to four days. The ability of vitamin C to reduce the IOP lasts only as long as supplementation is continued.

Grapeseed extract contains flavonoids that enhance the effects of vitamin C and stabilize the collagen matrix. The citrus bioflavonoid rutin has also been demonstrated to lower IOP when used as an adjunct in patients who are unresponsive to glaucoma medications alone. Grapeseed extract is a better choice.

Magnesium supplementation lowers IOP in a fashion similar to that of popular drugs used in the treatment of glaucoma. Magnesium works just like the drugs by blocking the entry of calcium to produce relaxation of the arteries. In fact, magnesium has been referred to as “nature’s calcium-channel blocker.” Magnesium supplementation improves the peripheral circulation and seems to have a beneficial effect on the visual field in patients with glaucoma.

Ginkgo biloba extract shows promise in the treatment of glaucoma. In one study of patients with severe chronic glaucoma, although the improvements in IOP were mild, given the poor prognosis for these patients the results were deemed relevant. The recommended dosage of ginkgo extract (24% ginkgo flavonglycosides) is 160 to 240 mg daily.

Periodic re-examination by your physician to measure intraocular pressure is important. If the recommendations above are working there should be a gradual improvement in visual function and a normalization of IOP.