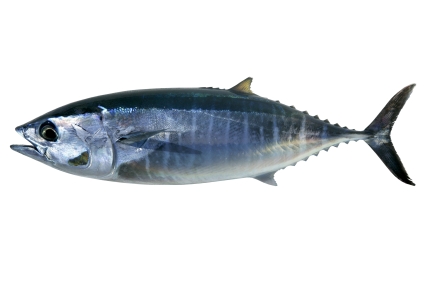 While most Americans eat way too much of the omega-6 oils found in meats and most vegetable oils, they suffer a relative deficiency of the omega-3 oils — a situation that is associated with an increase risk for heart disease and about 60 other conditions including cancer, arthritis, stroke, high blood pressure, skin diseases, and diabetes.

Particularly important to good health are the longer chain omega-3 fatty acids such as eicosapentaenoic acid (EPA) and docosahexanoic acid (DHA) found in fish, especially cold-water fish such as salmon, mackerel, herring, and halibut. Although the body can convert alphalinolenic acid, a short-chain omega-3 fatty acid, from flaxseed oil it is much more efficient to get them from fish oils. Furthermore, there is evidence that many people have a difficult time converting alphalinolenic acid to EPA and DHA.

Why are the long-chain omega-3 fatty acids so important?

The answer has to do with the function of these fatty substances in cellular membranes. A diet that is deficient in omega-3 fatty acids, particularly EPA and DHA, results in altered cell membranes. Without a healthy membrane, cells lose their ability to hold water, vital nutrients, and electrolytes. They also lose their ability to communicate with other cells and be controlled by regulating hormones. They simply do not function properly.

Cell membrane dysfunction is a critical factor in the development of virtually every chronic disease, especially cancer, diabetes, arthritis, and heart disease. Not surprisingly, long-chain omega-3 fatty acids have shown tremendous protective effects against all of these diseases. Long-chain omega-3 fatty acids, but not alpha-linolenic acid, are also transformed into regulatory compounds known as prostaglandins.

These compounds carry out many important tasks in the body. They regulate inflammation, pain, and swelling; they play a role in maintaining blood pressure; and they regulate heart, digestive, and kidney function. Prostaglandins also participate in the response to allergies, help control transmission of signals along the nerves, and help regulate the production of steroids and other hormones. Through their effects on prostaglandins and related compounds, long-chain omega-3 fatty acids can mediate many physiological processes
making them useful in virtually every disease state as well.

What has changed your opinion on longer-chain omega-3 fatty acids?

My opinion on the superiority of longer-chain omega-3 fatty acids over alpha-linolenic acid is not new. I have always held that if manufacturers could solve some of the problems with commercial sources of EPA and DHA that I would wholeheartedly recommend them over flaxseed oil. The reason that I favored flaxseed oil over fish oils in some of my books (e.g., Encyclopedia of Natural Medicine) was because at the time the books were written there were MAJOR problems with fish oil supplements.

These problems still persist in that most encapsulated fish oil products have been shown to contain very high levels of lipid peroxides, harmful contaminants, and heavy metals. Furthermore, because of the relatively low concentration of EPA and DHA in these products in order to produce therapeutic benefits people would have to consume 10 or more 1,000 mg capsules daily. Because of these factors, it simply made more sense to recommend flaxseed oil. However, a new development has changed my perspective a bit although I still
think it makes great sense to utilize flaxseed oil on a daily basis as well.

What is the new development?

The ability to produce a highly concentrated form of long-chain omega-3 fatty acids that is free from lipid peroxides, heavy metals, environmental contaminants, and other harmful compounds. These “pharmaceutical grade” marine lipid concentrates are so superior to earlier fish oil products that they are literally revolutionizing nutritional medicine. RxOmega-3 Factors from Natural Factors is an example of this revolutionary new source of long-chain fatty acids. The key features of this product over regular fish oil products

*Factors has been the dominant ratio in most of the scientific studies conducted with pharmaceutical grade fish oil products that reported clinical benefits.

The use of fish oil supplements may reduce overall cardiovascular mortality by as much as 45%. This effect is not related to a change in blood cholesterol levels. The favorable effect is seen very rapidly, usually by three months into the study. In contrast, cholesterol-lowering drugs do not usually show benefit until after a year or more of therapy. As compared to drug therapy, omega-3 fatty acids provide remarkable benefits, are entirely safe, and are inexpensive.

Why hasn’t my doctor told me to take longchain omega-3 fatty acids?

Conventional physicians have been slow to recommend nutritional interventions. The evidence for long-chain omega-3 fatty acids providing exceptional health benefits is overwhelming and beyond dispute. One of the reasons that physicians have not felt comfortable with recommending fish oil supplements may be lack of quality control in these products. That issue has been resolved.

How much RxOmega-3 Factors should I take?

To provide the level of EPA and DHA associated with a significantly lower risk for heart disease, the recommended dosage is a total of 1,000 mg daily. This dosage is achieved by taking two capsules or 1/2 tsp of RxOmega-3 daily. For more therapeutic purposes, the dosage can be three to four times this amount.

For general health, one capsule on a daily basis provides more than the level of omega-3 fatty acids shown to be protective against heart disease mortality in well-designed clinical studies including those published in the JAMA and New England Journal of Medicine – the two most respected medical journals in the world. For more therapeutic purposes, the recommended dosage is two capsules two to three times daily.

Why not just eat more fish?

Numerous studies indicate that fish consumption offers significant protection against many diseases, especially heart disease and cancer. However, nearly all fish contain trace amounts of mercury. In most cases this is of little concern because the level is so low, but if you are eating a lot of fish it could pose a problem. Two to four servings per week is a good goal, but going above that may be counter productive. The fish most likely to have the lowest level of methyl mercury are salmon, cod, mackerel, cold-water tuna, farm raised catfish, and herring. Swordfish, shark, and other large predatory fish usually contain the highest levels of mercury. The bottom line is that taking a pharmaceutical grade marine lipid concentrate offers the assurance that you are meeting your requirements for these valuable long-chain omega- 3 fatty acids without the fear of mercury poisoning.

Are there any other supplements that I need to take along with pharmaceutical grade marine lipid concentrate?

Absolutely. Everyone needs a strong nutritional foundation for good health. In addition to a high quality product containing the long-chain omega-3 fatty acids product, I recommend the appropriate MultiStart high potency multiple vitamin and mineral supplement based upon a person’s age and gender along with Enriching Greens from Natural Factors.