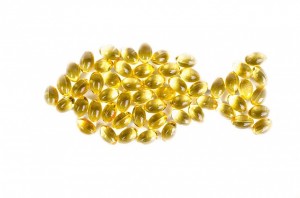 Rich sources of the long-chain omega-3 fatty acids include fish, particularly cold-water fish like salmon, mackerel, halibut, and herring, as well as fish oil supplements. The omega-6 fatty acids are found in meat and dairy as well as common vegetable oils such as corn, safflower, and soy.
Read MoreClose

Background Data:
Breast cancer is one of the most common cancers and the leading cause of death from cancer among women, accounting for approximately 23% of the total cancer cases and 14% of cancer deaths each year.

New Data:
To fully investigate the association between intake of omega-3 fatty acids from fish and the risk of breast cancer 26 publications that included 20,905 cases of breast cancer and 883,585 controls were evaluated. Results demonstrated that the risk of breast cancer was reduced by 5% per every 100 mg per day of EPA+DHA. Interestingly, no protective effect was noted for fish consumption or the intake of the shorter chain omega-3 fatty acid alpha linolenic acid that is found in flaxseeds, walnuts, and canola oil.

The author’s concluded that “our present study provides solid and robust evidence that marine omega-3 fatty acids are inversely associated with risk of breast cancer.

Comment:
The results from this analysis indicate that women can significantly reduce their risk of breast cancer by supplementing their diet with a high quality fish oil. The recommended dosage level for general health is 1,000 mg per day of EPA+DHA.