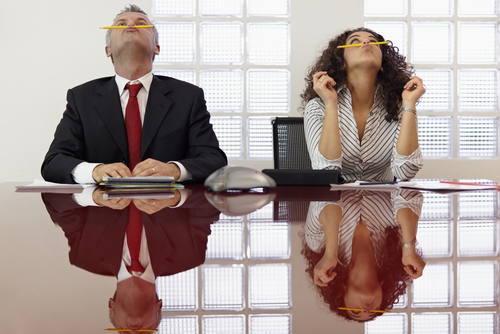 Introduction
It is often amusing reading news accounts of nutritional research or the benefits of natural therapies. For most rational minded folks with even a moderate amount of common sense, it seems obvious that since the brain is the most metabolically active organ that it would require a constant supply of vitamins, minerals, essential fatty acids, and other brain critical nutrients. And, when the brain is damaged or not functioning properly, it makes even more sense to help rebuild it by providing key brain building blocks like the long-chain omega-3 fatty acids EPA and DHA found in fish oils, essential vitamins and minerals, as well as other brain critical nutrients. Yet, this notion just doesn’t seem to make sense to the medical community for some reason. Neither does supporting optimal brain nutrition in trying to improve attention deficit disorder (ADD), cognitive function, depression and other mood disorders, or any other condition affecting the brain.

Background Data:
Low levels of various nutrients such as the B vitamins folic acid, B6, and B12 as well as zinc, magnesium, and iron have been linked to poor mental function and symptoms of attention deficit disorder (ADD) and attention deficit disorder with hyperactivity (ADHD). In addition, there is considerable scientific support for the importance of supplementation with the long chain omega-3 fatty acids EPA and DHA in improving ADD symptoms.

There are several mechanisms that may explain this link between nutrient status and brain function including the essential role these nutrients play in the formation of important brain molecules and neurotransmitters.

New Data:
To investigate the efficacy and safety of a broad-based micronutrient formula consisting of all essential vitamins and minerals, but without omega-3 fatty acids, in the treatment of ADD/ADHD in adults a double-blind study was conducted in at the University of Canterbury in New Zealand with 80 adults with ADHD. The subjects were given either a comprehensive multiple vitamin and mineral formula or a placebo 8 weeks.

Results showed significant improvement in ADHD symptom rating scales by the patients themselves as well as by family-member or other observer. Clinicians rated those receiving the micronutrients as more improved than those on placebo both for overall improvements in wellbeing as well as for ADHD symptoms. Analysis of the data also showed that for those with moderate/severe depression at baseline, there was a greater change in positive mood favoring the multiple vitamin and mineral formula.

The results from this study provide further evidence that a key goal to boosting brain function is to bath the brain in “super nutrition.”

Commentary:
As an example of the resistance of the medical profession to acknowledge the role that nutrition plays in health and healing, a BBC report (the study was published in the British Journal of Psychiatry), they had this statement from Philip Asherson, professor in molecular psychiatry at the Institute of Psychiatry in London. He said the suggestion that vitamins and minerals improved brain metabolism was intriguing but needed further investigation and that “the mechanisms behind it remain unclear.”

Granted, more research is needed, but how about using a little common sense? It is about time for the medical profession to wake up and realize the importance of optimal nutrition for improving brain function or whatever body system is not functioning up to par. Oh, and by the way, the mechanism that produced the benefits in the study here is the same that we see many times with nutritional therapies, i.e., by giving the body (and brain) the essential nutrition it needs it leads to improved function.