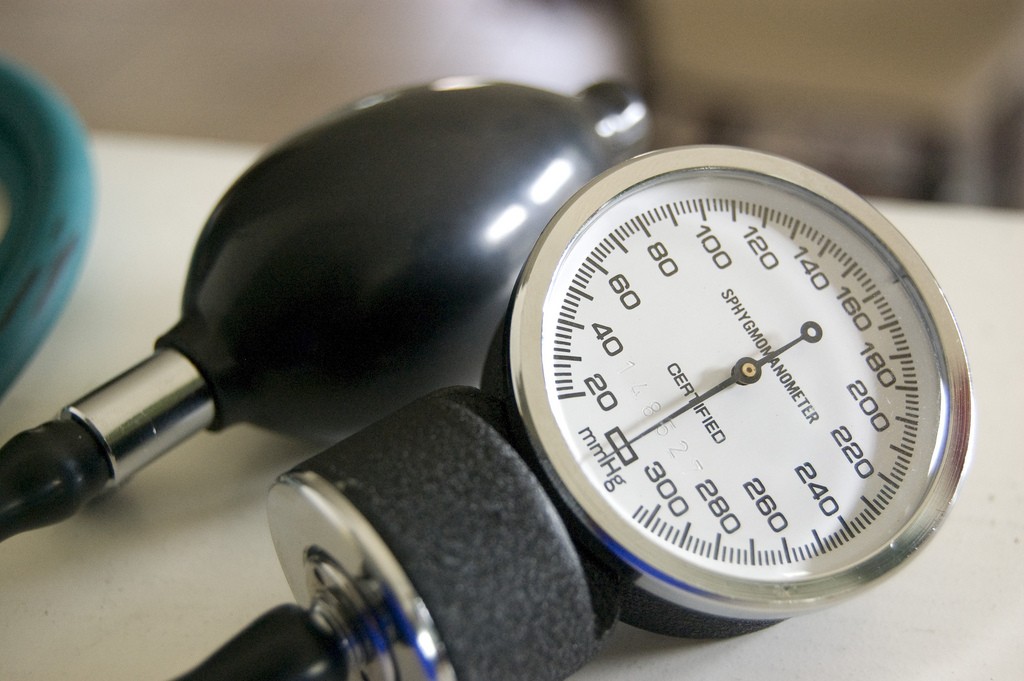 Despite the fact that virtually every authoritative medical organization (including the Joint National Committee on Detection, Evaluation and Treatment of High Blood Pressure) has recommended that non-drug therapies be used in place of drugs in the treatment in all but moderate to severe hypertension, the reality is that drugs to lower blood pressure are among the most commonly prescribed medicines in the United States with more than 700 million prescriptions filled annually.

High BP is most often the result of any number of factors that damage blood vessels and ultimately disrupt the regulation of the degree of constriction of blood vessels and fluid volume. Since the systolic pressure largely reflects the flexibility or stiffness of blood vessels, it is a strong predictor of vascular problems caused by high blood pressure, especially among older individuals.

Although genetic factors play a role in high BP, there is little debate that dietary and lifestyle factors are the underlying cause in almost all cases of high BP.

Some key dietary factors include: being overweight or obese; high sodium-to-potassium ratio; low-fiber, high-sugar diet; low omega-3 fatty acid intake; and a diet low in calcium, magnesium, and vitamin C. Important lifestyle factors that may cause high BP include stress, lack of exercise, and smoking.

The NIH sought to address some of the issues in drug therapy for patients with high BP in the SPRINT. Studies with older medications, primarily beta-blockers, indicated that the drugs may actually increase mortality when used to lower blood pressure. These results and issues with newer drugs like calcium channel blockers and angiotensin converting enzyme (ACE) inhibitors led to the recommendation by many expert organizations to try to achieve a target systolic reading of 140 mm Hg in patients over the age of 60. In fact, less than two years ago, a National Heart, Lung and Blood Institute panel told physicians to aim for a systolic blood pressure of 140 mm Hg in subjects under 60 and 150 mm Hg for people ages 60 and older because there were no convincing data showing lower is better. One concern was older people might be especially vulnerable to side effects and drug interactions caused by higher dosages of blood pressure lowering drugs.

In the trial, the goal was to achieve a target systolic pressure of 120 mm Hg in 9,300 men and women over the age of 50 who were at high risk for heart disease or had kidney disease and compare it to those with a goal of 140 mm Hg. Originally, the study was designed to run until 2017, but researchers halted the study prematurely because the results were of such great significance. Hitting this new target reduced rates of cardiovascular events, such as heart attack and heart failure, as well as stroke, by almost a third and the risk of death by almost a quarter, as compared to the previous target systolic pressure of 140 mm Hg.

Though the full results of the study have not yet been released, what is known is that in those assigned to get their pressure below 140 mm Hg took, on average, two drugs. Those assigned to below 120 mm Hg took an average of three drugs. Given the long list of side effects that these drugs have it is hard to imagine that more aggressive therapy did not lead to more severe side effects, however study looked at side effects and apparently the reviewers have concluded that the benefits outweighed any side effect issues. Many experts are recommending caution until the full results of the trial are made public.

First, I agree with the overall finding that it is very important to get blood pressure below 120/80 mm Hg. But rather than using drugs to accomplish this goal, I think that it is far better to utilize natural approaches. Why? All of the current classes of blood pressure lowering drugs possess significant side effects and 80% of people with high BP can lower their blood pressure without drugs. Writing even more prescriptions for high blood pressure drugs could have disastrous consequences. These drugs are not without serious side effects. For example, a 2013 study showed that women taking blood pressure lowering drugs called calcium-channel blockers, like Norvasc (amlodipine), for 10 years, or more had a 2.5 times higher risk of developing breast cancer than those who never took the medicine or who used other blood pressure treatments.

The bottom line is that I think drug therapy should be secondary to natural approaches, not the first option. The fact that more than 80% of patients with high BP are in the prehypertension to moderate range, what the drug companies won’t tell you and most physicians ignore, is that most cases of high BP can be brought under control with changes in diet, lifestyle, and proper use of dietary supplements. In fact, in head-to-head comparisons, many non drug therapies such as diet, exercise, relaxation therapies, and dietary supplements have proved superior to drugs in cases of prehypertension to mild high BP and are without side effects.

In regards to some specific recommendations to lower blood pressure, for most people with high BP, achieving ideal body weight is their most important health goal. Even modest amounts of weight loss often produce a significant reduction in blood pressure.

Another key factor is salt intake. Between 40% and 60% of hypertensives are salt sensitive. In other words, in about half of patients with high BP, sodium restriction (e.g., less than 1,200 mg daily) is effective in lowering BP.

Special foods for people with high blood pressure include celery; garlic and onions; nuts and seeds; cold-water fish, e.g. salmon and mackerel, or fish oil products concentrated for the omega 3 fatty acids EPA and DHA; green leafy vegetables and sea vegetables for their calcium and magnesium; ground flaxseeds, whole grains, and legumes for their fiber; foods rich in vitamin C, such as broccoli and citrus fruits; and foods rich in active flavonoids including berries, cherries, grapes, and legumes.

Here are some key nutritional supplements to consider in high BP:

Magnesium supplementation has been shown to lower blood pressure, particularly in patients who are already on high blood pressure medication. Dosage: 150 to 250 mg three times daily. The best forms are magnesium citrate, malate, glycinate, and aspartate.

WARNING: People with kidney disease or severe heart disease (such as high-grade atrioventricular block) should not take magnesium unless under the direct advice of a physician.

Bonito Peptides (e.g., PeptAce), a purified mixture of small peptides (proteins) derived from fish bonito relaxes the arterial walls and helps to reduce fluid volume. Clinical studies have shown these peptides from bonito are effective in improving blood pressure control In patients with mild hypertension The degree of blood pressure reduction in these studies was quite significant, typically reducing the systolic by at least 10 mm Hg and the diastolic by 7 mm Hg. Dosage: 1,500 mg daily.

Celery Seed Extract (standardized to contain 85% 3-n-butylphthalide [3nB]) has also been shown to help improve blood pressure control. 3nB is a compound that is unique to celery and is responsible for the characteristic flavor and odor of celery. It was discovered as the active component of celery in response to investigations by researchers seeking to explain some of the traditional effects of celery including lowering of blood pressure and relief of joint pain. Dosage: 75 to 150 mg twice daily.

Olive leaf extract has been shown in clinical trials to work as effective as the conventional antihypertensive drug Captopril in lowering blood pressure, but without side effect. Dosage: 500 mg (17% to 23% oleuropein content) twice daily.