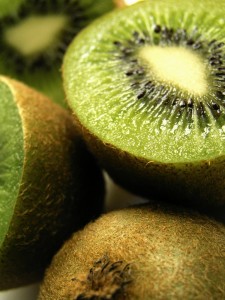 PQQ (short for pyrroloquinoline quinone) is a vitamin-like compound found in plant foods that shows a wide range of benefits for brain function and energy production. Learn more about PQQ with the following Q&A.

What Exactly Does PQQ Do?

PQQ is an extremely potent antioxidant that is able to carry out the role of an antioxidant in the body more than 20,000 times—which is a rare thing. For example, other antioxidants, such as vitamin C, are only able to accomplish this “cycling” process about four times.

Are There Any Food Sources of PQQ?

Is PQQ an Essential Nutrient?

Based on research, there is no question that PQQ plays a critical role in human nutrition. The immune system seems particularly sensitive to low levels of PQQ.

What Is the Most Important Function of PQQ?

Energy production. In addition to PQQ’s powerful antioxidant effect, the nutrient helps protect mitochondria (the part of a cell responsible for generating energy) from oxidative stress. It also promotes the formation of new mitochondria within aging cells—this effect is a “fountain of youth” for the body’s mitochondrial function.

What Are PQQ’s Health Benefits/Uses?

PQQ offers considerable benefits for conditions revolving around low mitochondrial function, including aging, neurological diseases (e.g., Alzheimer’s and Parkinson’s), and chronic degenerative diseases. Current research has focused primarily on PQQ’s ability to protect memory and cognition in both aging animals and humans. Here are some of the effects noted in animal studies:

Has PQQ Been Studied on Humans?

Yes, preliminary clinical studies are encouraging and several larger trials are in process. While PQQ has been shown to be effective on its own at improving brain function, the best results have been seen when PQQ is combined with CoQ10.

What is the Proper Dosage for PQQ?

Based on research, a therapeutic dosage is 10–20 mg daily. There are also some clinical and observational studies that support using 20 mg daily for memory enhancement.