Magnesium for Chronic Low Back Pain 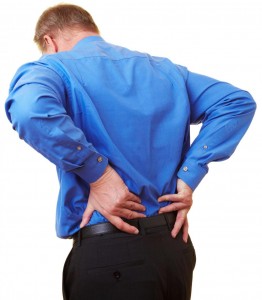 Introduction
Low back pain (LBP) affects roughly 25% of North Americans within any three-month period and is the major cause of pain and worker disability. Although 80% to 90% of people with LBP improve by 12 weeks, others will continue to report symptoms for more than 3 months. Among individuals with chronic LBP, one-third continued to be symptomatic after 12 months.

Most people with LBP resort to taking medications and people with chronic LBP often end up taking Oxycontin (oxycodone) or other opiods. These drugs are highly addictive and have not been shown to be effective or safe despite their popularity.

A new study shows that magnesium supplementation can be extremely effective in the treatment of chronic LBP and highlights the importance of seeking a more natural approach in this condition.

Background Data:
Magnesium bound to citrate, carbonate, and other alkaline compounds, can be used to promote an alkaline pH. As a result, significant improvements in health may be noted. In a 2001 study conducted in Germany, supplementation with magnesium and other minerals bound to alkalinizing agents was shown to reduce symptoms in patients with chronic LBP.

In the study, 82 patients with chronic LBP received daily an alkaline multimineral supplement over a period of 4 weeks in addition to their usual medication. Pain symptoms were quantified with a standard pain rating scale. After 4 weeks of supplementation, the mean pain rating dropped by 49% and 76 out of 82 patients showed a significant reduction in low back pain. Improvements paralleled increases in total blood, although blood pH rose only slightly from pH 7.456 to 7.470 (not surprising as the body works extremely hard to maintain blood pH within a very narrow range).

Intracellular magnesium increased (by 11%) while the levels of other minerals were not significantly changed. These results show that a disturbed acid-base balance may contribute to the symptoms of low back pain, and that improvement in pH balance may help increase the level of magnesium within cells. The simple and safe addition of an alkaline supplement containing magnesium was able to reduce the pain symptoms in these patients with chronic LBP.

New Data:
To test the ability of magnesium to improve chronic LBP, 80 patients with chronic LBP who were receiving physical therapy, anticonvulsants, antidepressants, and non-opioid analgesics were enrolled in a double-blind study. Forty patients received placebo for 6 weeks (control group), while the other 40 patients received (1g per day for 2 weeks) followed by oral magnesium treatment 500 mg per day (400 mg magnesium oxide and 100 mg magnesium gluconate) for four weeks. Patients were asked to rate their pain using a numerical rating scale. Lumbar spine range of motion was also determined.

The investigators reported that all patients had a significant reduction in pain intensity at two weeks. However, in the magnesium group this reduction in pain intensity continued throughout a six-month follow up period (pre-treatment values were 7.5 at baseline compared to 4.7 at 6 months). In contrast, these pain perception values in the control group were 7.4 at baseline and 7.2 at the 6-month follow-up. Likewise, all patients had a significant improvement in lumbar spine range of movement at the 2-week time point, although only the magnesium group improved throughout the 6-month follow-up period.

These results show quite clearly that magnesium supplementation can reduce pain intensity and improve lumbar spine mobility during a 6-month period in patients with chronic LBP who had been unresponsive to conventional care.

Commentary:
Often, mechanical issues like back problems require mechanical solutions. I am a big fan of bodywork for chronic LBP. There are so many different types of bodywork to choose from that can provide relief including various massage techniques, chiropractic spinal adjustment and manipulation, Rolfing, reflexology, shiatsu, and many more. Fortunately, all of these techniques can work. So, it is really a matter of personal preference. Find a technique or practitioner that you really like and incorporate bodywork into your routine.

Another option is acupuncture. In fact, in 2012 a meta-analysis of 11 controlled trials, the conclusion was that “Compared with nonsteroidal anti-inflammatory drugs, acupuncture may more effectively improve symptoms of acute LBP.”

In regards to magnesium, I prefer easily ionized sources like citrate, malate, glycinate, or aspartate to the magnesium oxide and gluconate used in the study. These ionized forms provide significant advantages in absorption, utilization, and the ability to alkalinize the system.

Reference:
Yousef AA, Al-deeb AE. A double-blinded randomised controlled study of the value of sequential intravenous and oral magnesium therapy in patients with chronic low back pain with a neuropathic component. Anaesthesia. 2013 Mar;68(3):260-6.