Light Therapy is More Effective than Prozac in Major Depression 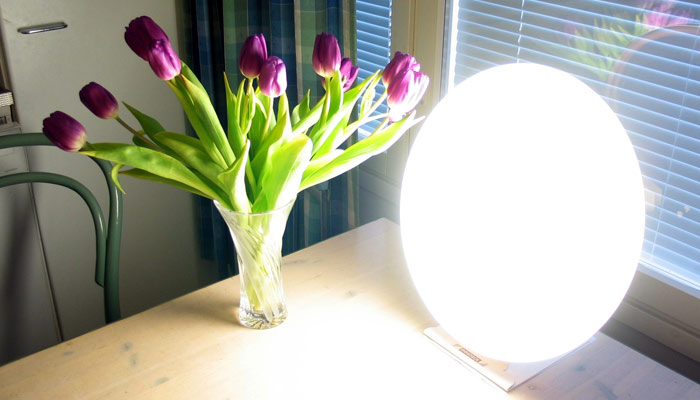 Bright light therapy has a proven track record of success in the treatment of seasonal affective disorder (SAD), commonly referred to as the winter blues. A new study from the University of British Columbia shows that this simple and safe therapy is effective for non-seasonal major depression. In fact, researchers showed light therapy was much more effective than fluoxetine (Prozac).

During the winter months, sufferers of SAD typically feel depressed; they generally slow down, oversleep, overeat, and crave carbohydrates. In the summer, these same people feel elated, active, and energetic. Although many variables may be responsible for SAD, the lack of exposure to full-spectrum natural light appears to be the most logical explanation. The antidepressive effects of full-spectrum light therapy have been demonstrated in well-monitored, controlled studies in SAD.

The typical protocol used in clinical studies involved using specialized light boxes providing full-spectrum fluorescent tubes vs. regular tubes. Patients were then instructed to sit three feet away from the light anywhere from 30 minutes a day, up to three hours total, in morning and evening.

The antidepressant effect of light therapy is thought to be due to restoring proper melatonin synthesis and secretion by the pineal gland leading to re-establishment of the proper circadian rhythm – the normal rhythm of hormone secretion that occurs each day.

Led by noted SAD and light therapy expert Raymond Lam, M.D., the UBC researchers randomly assigned 122 patients with major depression to either light therapy alone for 30 minutes a day; a placebo device, which did not provide full-spectrum lighting; the combination of light therapy plus fluoxetine, 20 mg a day; or the placebo device plus a placebo. Approximately 30 patients were enrolled in each of the four treatment groups.

All of the patients had a score of 20 or higher on two different standard scales of depression (HDS and MADRS) when the study started indicating significant depression. Furthermore, the duration of the current major depressive disorder episode ranged from a low of 45 weeks to 90 weeks.

These results show quite clearly that light therapy possesses an antidepressant effect even in non-seasonal major depression.

Light boxes similar to those used in clinical trials are available online and generally cost between $69 and $199. An alternative is to get outdoors in sunlight for 30 minutes a day or replace standard light bulbs with full-spectrum light bulbs in areas of your home or office where you spend a considerable amount of time.

Here are some other recommendations for SAD since it is that time of year: