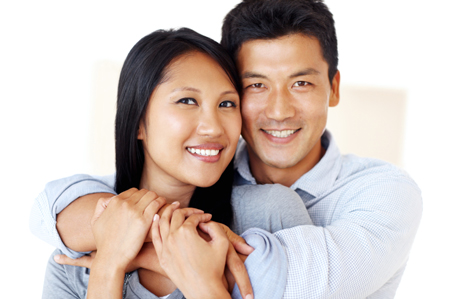 Introduction:
Vitamin K is required for the production of the bone protein osteocalcin – a key component in the matrix of bone. Osteocalcin’s role is to anchor calcium molecules and hold them in place within the bone.

A deficiency of vitamin K leads to impaired bone health due to inadequate osteocalcin levels. Despite some studies showing that the lower the level of circulating vitamin K, the lower the bone density,more recent studies indicate that while low dietary vitamin K levels are linked to fractures due to osteoporosis, they do not appear to correlate to low BMD. Vitamin K prevents fractures probably by increasing the tensile strength of bone without affecting BMD.
Read MoreClose

Background Data:
Various forms of vitamin K supplements have been used in human trials examining its effects on bone health: vitamin K1 (phylloquinone), menaquinone-4 (MK4, a form of K2) and menaquinone-7 (MK7, another form of K2 ). The results with vitamin K supplementation on bone health have been mixed. Most of the double-blind studies with vitamin K1 have shown only modest or mainly no effect on bone density and while studies with MK4 have shown positive results in reducing bone loss and fracture rates, the dosage used (45 mg/day) was well beyond a nutritional effect and more likely the positive results are due to a drug-like effect at such high dosages.

Menaquinone-7, or MK-7 (a longer-chain form of vitamin K2), is found in high concentrations in natto (a  fermented soy food popular in Japan). MK-7 has been found to be more potent and more bioavailable as well as to have a longer half-life than MK4. MK-7 is also more effective than K1 in activating osteocalcin and stays in the blood circulation much longer.

Studies have shown supplementation with MK-7 reduces fractures at dosages ranging from 180 to 360 mcg per day, but not does increase BMD.

New Data:
In a major clinical trial, MK-7 supplementation at relatively low dosage levels (180 mcg per day) produced tremendous effects on improving bone health. In the study, 244 healthy postmenopausal women took either the MK-7 or a placebo for 3 years. Bone mineral density of lumbar spine, total hip, and femoral neck was measured by DXA; bone strength mesures of the femoral neck were also calculated. Vertebral fracture assessment was performed by DXA and used as measure for vertebral fractures. Measurements occurred at baseline and after 1, 2, and 3 years of treatment.

MK-7 intake significantly improved vitamin K status and active osteocalcin levels, and decreased the age-related decline in bone mineral concentration (BMC) and BMD at the lumbar spine and femoral neck. It did not increase either measure at the total hip. Bone strength was also favorably affected by MK-7 – a key determinant of fracture risk. Lastly, MK-7 significantly decreased the loss in vertebral height of the lower thoracic region at the mid-site of the vertebrae.

These results highlight the importance of MK-7 supplementation in post-menopausal women.

Comment:
The new frontier of bone health is focusing on improving the collagen matrix of bone. This matrix composes about 40% of the mass of bone and is to our bone what 2X4s are to the frame of our house. In addition to MK-7, a special form of silica, BioSil, has also shown considerable benefits in improving bone health via improved collagen content. Health Bones Plus from Natural Factors provides MK-7, BioSil, and other bone critical nutrients. For more information go to www.healthybonesplus.com