Is Sugar a Drug? How Refined Carbs Can Trigger Food Addiction 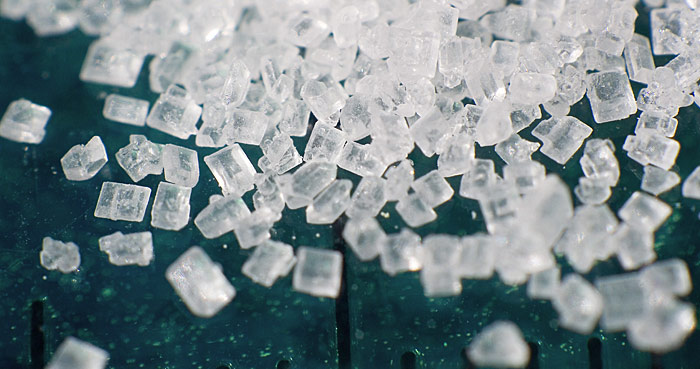 Introduction
Addiction is linked to activity within a special area deep in the center of the brain known the nucleus accumbens. Sometimes called the brain’s “pleasure center”, this cluster of brain cells modulates the effects of the neurotransmitter dopamine – the key molecule that is a double-edged sword acting to motivate and reinforce behavior whether it is “good” or “bad.”

Background Data:
Research has indicated the nucleus accumbens has an important role in reward, pleasure, reinforcement learning, laughter, addiction, aggression, fear, impulsivity and the placebo effect. All of these experiences are linked to an increase in dopamine release in the nucleus accumbens as the result of increased blood flow to this area of the brain.

The dopamine signaling in the nucleus accumbens is unique to this area of the brain. Dopamine serves other important purposes in other regions in the brain. For example, at the back of the brain, dopamine plays a big role in starting movement, and the destruction of dopamine neurons in an area of the brain called the substantia nigra is what produces the symptoms of Parkinson’s disease. In the thinking area of the brain, the frontal cortex, dopamine is involved in executive functions like attention and decision making. Key point: dopamine is more than the simplified brain chemical of addiction.

New Data:
Investigators from Boston Children’s Hospital in Massachusetts and Harvard Medical School found that consumption of a meal that has a high glycemic index (GI) stimulates the nucleus accumbens in a similar way to drugs. Furthermore, a meal high in refined carbohydrates decreased plasma glucose, increased hunger, and selectively stimulated brain regions 4 hours after eating — a critical time point that influences eating behavior at the next meal (i.e., sugar fix).

The researchers demonstrated for the first time that refined carbohydrates’ biological effects can produce, independent of calories and tastiness, symptoms related to addiction.

In the new study, 12 overweight or obese men aged 18 to 35 years consumed, in a randomized order on test days 2 to 8 weeks apart, 2 test milkshakes that had similar ingredients, calories (500 kcal), appearance, taste, and smell. But, one milk shake was actually a low-GI meal with slowly absorbed carbohydrate while the other was a high-GI meal (84%) with quickly absorbed refined sugars. –

After eating the high-GI meal, participants initially had a surge in blood glucose level that was 2.4-fold higher than after the low-GI meal, followed by a crash in blood glucose at 4 hours. This sort of effect is not new, but here is where the study gets really interesting. Each patient underwent detailed assessment of brain blood flow using functional magnetic resonance imaging (fMRI). Results showed that every single test subject showed intense activation in the nucleus accumbens.

What this means is that in addition to the effects of fluctuations in blood sugar levels that make us crave sweets, these results show that foods that quickly raise blood sugar levels, especially concentrated sources of refined sugars alter brain activity in ways identical to drugs like crack and heroin to make us crave them even more.

Commentary
One of the key reasons that I feel that PGX is such a critical tool in helping people achieve and maintain their ideal body weight is because of the profound effects it exerts in blood sugar control. If you want to get a handle on sugar cravings, loss of portion control, and excess calorie consumption, PGX is the answer. For more information, go to https://doctormurray.com/sponsors/pgx-sponsor/.