Is Berberine the Next Big Natural Product? 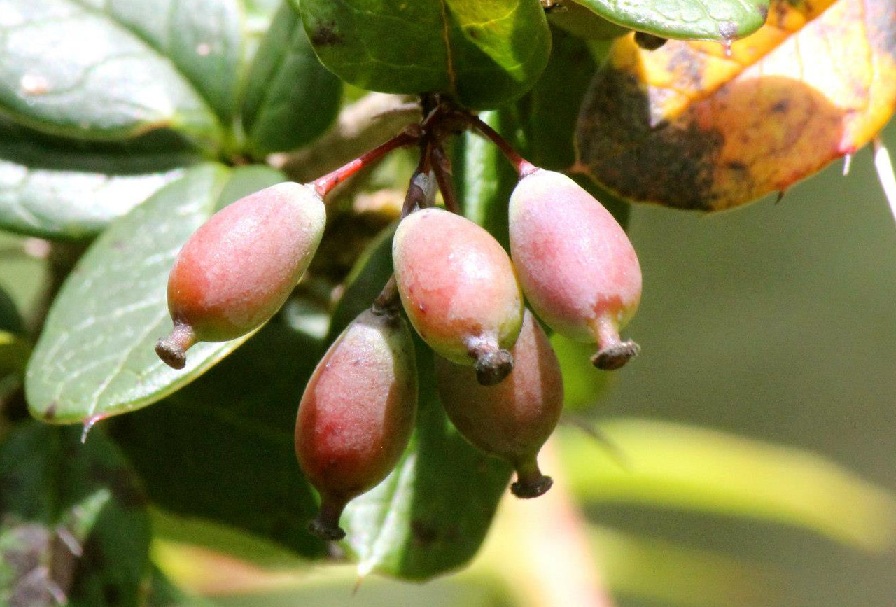 One of the most exciting natural products in current medical research is berberine, an alkaloid found in goldenseal root, barberry bark, Oregon grape root, and coptis (goldthread) root. What is so exciting about the research is:

• There is very encouraging experimental data in a wide range of modern health issues including cancer, Alzheimer’s disease, Parkinson’s disease and others.

Alkaloids like berberine are synthesized in plants to serve vital roles in the plant’s cellular metabolism. Obviously, humans can also gain benefits from these compounds. Since early human times, plant alkaloids have been among the most important medicinal agents used by humans. They are now enjoying a renaissance as these ancient medicines are matching the needs of current times.

Berberine-containing plants have been revered for a number of clinical applications through the years. Perhaps most important have been their use in fighting infections, but they have also been used for diabetes. Since the early 1900s, purified berberine has also emerged as a popular natural medicine, especially in China.

What scientific research has focused on in the last decade is building an impressive amount of clinical research in the use of berberine in lowering blood lipids and blood pressure, and improving blood sugar control in type 2 diabetes. Berberine exhibits a number of beneficial mechanisms to produce these effects including an ability to activate the important enzyme called AMP-activated protein kinase or AMPk for short. AMPk is found inside every cell and serves as a “master regulating switch” in energy metabolism. Overall, the activity of this enzyme plays a major role in determining body fat composition and especially the amount of visceral “belly” fat. Here are some of the consequences of low AMPk activity:

Obviously, as an effective activator of AMPk, berberine offers great promise in dealing with all of the consequences of low AMPk activity, as well as other health conditions.

Berberine is showing impressive results in clinical trials evaluating its effects in type 2 diabetes, elevated blood lipids and high blood pressure. Recently, the Journal of Ethnopharmacology published a detailed review of the 27 clinical studies with berberine in these disorders that provided clear answer questions on its safety and efficacy.

Results showed quite convincingly that in the treatment of type 2 diabetes mellitus, berberine (500 mg two to three times daily) along with lifestyle intervention lowered the level of fasting blood sugar levels, after-meal blood sugar levels and glycosylated hemoglobin (HbA1c) more than lifestyle intervention alone or placebo. When berberine was compared to oral hypoglycemic drugs used in type 2 diabetes, such as metformin, glipizide and rosiglitazone, there was no statistical significance between treatment of berberine and these drugs. In other words, the clinical results seen with berberine are on par with the drugs, but with no significant side effects. In one double-blind study of 116 patients with type 2 diabetes, berberine at a dosage of 500 mg twice a day lowered fasting blood sugar from just above the range of being classified as diabetes (i.e., 126 mg/dL) to normal blood sugar levels (less than 100 mg/dL) in most subjects.

The same sort of comparative results seen in type 2 diabetes were found in the treatment of elevated blood lipids (cholesterol and triglycerides) and high blood pressure. Studies also supported that berberine combined with conventional drugs in these conditions is safe and can produce better results than the drugs used alone. Side effects with berberine occurred at much lower rates and were milder than prescription drugs. Side effects were seen mainly at higher dosages (e.g., 500 mg three times a day) and included such as nausea, diarrhea, constipation, abdominal distension, and abdominal pain.

In regard to its effects on blood lipids, not only does it lower total and LDL cholesterol, unlike statins, berberine also lowers blood triglycerides and raises beneficial HDL cholesterol. Berberine has also been shown to lower apolipoprotein B by 13-15 percent, which is a very important risk factor to reduce. It addition to enhancing AMPk, berberine works by inhibiting an enzyme called PCSK9 leading to more LDL being removed from the bloodstream. The typical dosage for berberine in these studies was also 500 mg two to three times daily.

The researchers conducting the meta-analysis concluded that berberine has comparable therapeutic effect on type 2 diabetes, elevated blood lipids and hypertension with no serious side effect or toxicity. Furthermore, the review indicated that berberine combined with conventional drugs in these conditions is safe and can produce better results than the drugs alone.

Berberine has also been examined as a weight-loss aid in two double-blind clinical trials. In a study conducted in 2012 published in Phytomedicine, 500 mg of berberine three times daily caused an average of five pounds of weight loss over a 12-week period. In another 2012 study published in Evidence-Based Complementary and Alternative Medicine, 37 men and women with metabolic syndrome were given 300 mg of berberine three times per day for three months. The body mass index (BMI) levels dropped from 31.5 to 27.4. There was also an improvement in insulin sensitivity and fat-regulating hormones.

Berberine is an emerging natural product superstar. Its bright light may end up shining even brighter than curcumin, the yellow pigment of turmeric, if there is a continued commitment on research. Certainly in all areas where berberine has been currently evaluated, it could be concluded that it has some advantages over curcumin in regard to potential in cancer and other health conditions.