Critical Illness is Linked to Levels of Coenzyme Q10 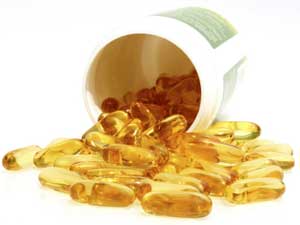 Introduction:
Coenzyme Q10 (CoQ10), also known as ubiquinone, is an essential component of the mitochondria – the energy producing unit of the cells of our body. CoQ10 is involved in the manufacture of ATP, the energy currency of all body processes. Its role in the energy production within our cells is similar to the role of a spark plug in a car engine. Just as the engine cannot function without that initial spark, our cells simply cannot function without CoQ10.

Although CoQ10 can be synthesized within the body, deficiencies do exist as a result of impaired CoQ10 synthesis or increased tissue needs. Examples of diseases that require increased tissue levels of CoQ10 are primarily those that affect the heart, liver, brain, and muscles.

In addition, the elderly in general may have increased CoQ10 requirements as CoQ10 levels are known to decline with advancing age. Finally, cholesterol-lowering drugs, especially statins, are known to lower CoQ10 levels.

Background Information:
People suffering from various critical illnesses such as severe infections, heart attacks or strokes, and cancer typically experience failure of multiple organs. Despite intense investigation for many years, the precise mechanisms underlying the multiple organ failure has baffled researchers. Finally, Harvard-based researchers recently demonstrated that low levels of CoQ10 in patients with severe infection was associated with impaired cellular energy production and decreased ATP throughout their body.

The investigation of CoQ10 levels in these patients was spurred on by a study in rats that showed that even less severe infection was associated with lower CoQ10 levels.
Read MoreClose

New Data:
A new study by the same group of Harvard researchers was based upon their hypothesis that a broad range of critically ill patients are likely deficient in CoQ10 and that could significantly worsen their condition and lead to organ failure and death. To test this hypothesis, they determined blood CoQ10 levels in 36 critically ill patients in the intensive care unit at Massachusetts General Hospital compared to 18 healthy controls.

Results showed quite clearly that the critically ill patients suffered an approximately 40% drop in CoQ10 levels. The severity of the drop tended to correlate with age as older patients suffered greater reductions than younger patients. There was no association between CoQ10 levels and severity of the illness, but those critically ill patients with higher CoQ10 levels had higher scores on a scale used to assess independence when performing 6 activities required for daily living (bathing, dressing, toileting, moving, continence, feeding).

The authors of the study conclude “our data provide a rationale for further observational and intervention clinical studies to define CoQ10 insufficiency and evaluate the safety and efficacy of CoQ10 supplementation in critically ill patients.”

Comment:
There are some major points to make about this study.