If Dad’s Depressed, Kids May Be Too 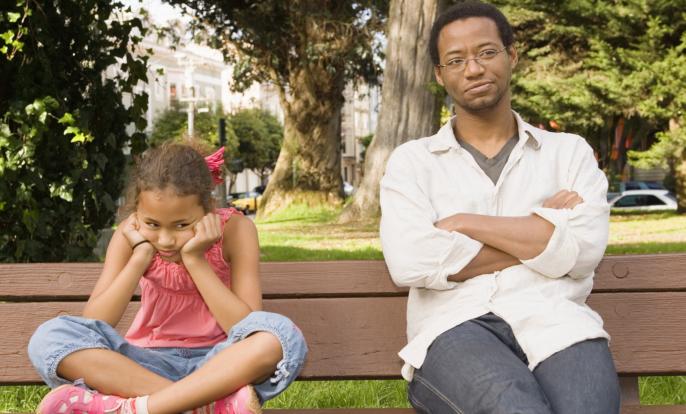 A study of 21,993 kids from two-parent homes shows that if dad is down, kids suffer, although not as much as if they have a depressed mother. The research, which was published in the December 2011 issue of Pediatrics, found that children had a 19 percent risk of emotional or behavioral problems if their mother had depression or other emotional issues, and an 11 percent risk if their father was depressed. If both parents were depressed, their kids had a 25 percent chance of emotional or behavioral problems. Children in households in which neither parent was depressed had a 6 percent risk.

The research also showed that kids age 12 to 17 were more likely to feel the effects of a parent’s depression than their younger siblings, and white children were more affected than black, Hispanic or Asian children.

Medical experts speculate that depression affects parenting skills—for instance, depressed parents may be more irritable and less emotionally available to their kids. The researchers cited previous studies that show that infants with depressed dads cry excessively, and children younger than 2 are less likely to comply with parental guidance and more likely to have speech and development delays if their fathers are depressed.

In addition, “a recent meta-analysis of data from 28 studies revealed that paternal depression is associated with a significant decrease in positive paternal parenting practices, which may serve as a mechanism by which depression is transmitted between
generations,” the researchers said.

Noting that “to the best of our knowledge, this is the first study to use a representative U.S. sample to demonstrate that living with fathers with depressive symptoms and other mental health problems is independently associated with increased rates of emotional or behavioral problems of children,” the researchers said their findings “raise questions of great importance about how to educate the health care workforce about this, how to develop and implement strategies to facilitate identifying fathers with mental health problems, and how to develop referral systems and ways to reimburse for this vital work.”

The good news, experts hope, is that the study will encourage depressed dads to seek help.