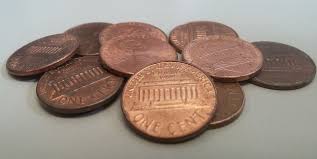 The sad fact is that when it comes to dietary supplements not only are people wasting money, in many cases they are simply not taking advantage of easy, inexpensive steps they could take to improve their health and maybe even saves their lives. A new international study led by researchers from one of the most prestigious universities in the world, the University of Oxford, really drives that point home. It shows just how important it is to use the right form of selenium to dramatically reduce cancer risk. Higher tissue selenium levels were associated with a 71% decreased risk of developing prostate cancer and an 82% decreased risk of developing the aggressive, life threatening form of prostate cancer. These results are incredible and can be achieved for a few pennies a day if the right form of selenium is used.

The trace mineral selenium functions primarily as a component of the antioxidant enzyme glutathione peroxidase that plays a pivotal role in preventing free radical damage to cell membranes. Not surprisingly, low levels of selenium have been linked to a higher risk for cancer, cardiovascular disease, inflammatory diseases and other conditions associated with increased free radical damage, including premature aging and cataract formation. Low selenium levels are also associated with low immune function.

Different results have been seen with high-selenium content baker’s yeast (Saccharomyces cerevisiae) supplements like SelenoExcell® compared to other forms of selenium such as selenomethionine and sodium selenite. It appears the reason is how the selenium is incorporated into body tissues and is able to be utilized in antioxidant functions. SelenoExcell is significantly more effective in increasing selenium levels in body tissues than other forms of selenium. For example, let’s look at the effect of SelenoExcell vs. selenomethionine in their ability to increase the actual selenium content in the prostate, while selenomethionine (200 mcg per day) has been shown to increase levels by 22%, SelenoExcell produced a 34% increase at the 200 mcg/day dosage and a 92% increase at the 400 mcg per day dosage. That is a HUGE difference.

There have been two large studies looking at the effects of selenium supplementation on the development of prostate cancer: The Nutritional Prevention of Cancer (NPC) Study and the SELECT Trial. In the NPC Study, supplementation with SelenoExcell was associated with a 50% reduction in cancer mortality, including a 52% decrease in prostate cancer incidence. In contrast, the SELECT study failed to show any protective effects of selenomethionine when given alone or when combined with synthetic vitamin E. The difference in results may be entirely related to the form of selenium being used.

An international collaboration of over 30 researchers from around the world brought together and re-analyzed 15 detailed studies data on the relationship of blood and nail selenium concentrations and prostate cancer incidence. What they found is that there was no effect noted in selenium protecting against prostate cancer by measuring levels in the blood, but a relationship was found when levels of selenium in the fingernail were determined. Measuring selenium levels in the blood was worthless because it did not reflect tissue levels while measuring selenium in nails reflects tissue levels throughout the body. And, tissue levels reflect the ability of selenium to perform its protective actions against prostate cancer. Nail clippings provide a measure of long-term selenium intake up to six to 12 months. Blood levels on the other hand represent intake over just a one or two week period. The researchers also speculated that the differences in the findings for total prostate cancer between blood and nail measures may suggest that long term selenium intake is important to achieve the full benefit.

The take away message here is to use SelenoExcell over other forms of selenium on a long-term, indefinite basis. A good dosage is 200 to 400 mcg per day

Also, in case you missed it, a few weeks ago I conducted a free webinar that you can watch on replay. Here is the link Supplements: Choosing the Right Form for the Best Results. If you take dietary supplements, I really think you should watch it. The response from participants was incredible. When the 5,000+ people signed up for the live webinar they also were given the opportunity to ask their most burning question about dietary supplements. What I learned from the survey was just how confused people as a result of marketing messages and/or poor science. My goal is to be your voice of reason that you can trust. We will be conducting another free webinar in the next month or to answer more of the most common questions. So, stay tuned!