How Exercise Changes the Way You Look at Food 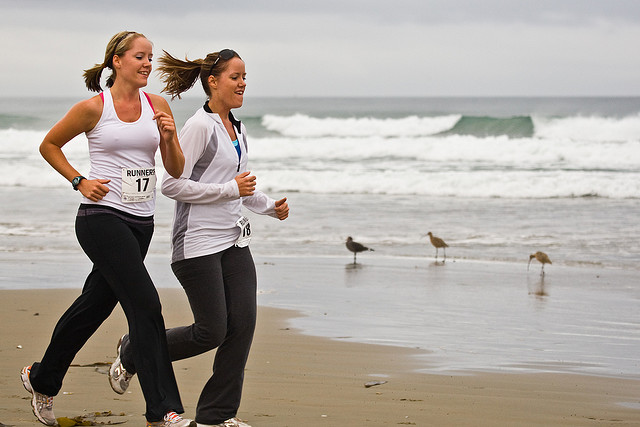 Exercise is a critical component to a health promoting lifestyle and its beneficial impact for weight management is without question. A new study, however, shows that exercise influences a lot more than metabolism and burning extra calories. It can actually influence your brain to make healthier food choices.

Regular exercise and physical fitness is associated with a number of factors that can improve appetite control, including positively affecting blood sugar levels and insulin sensitivity. In addition, regular exercise can alter gut appetite-regulating hormones such as ghrelin, peptide YY (PYY), and glucagon-like peptide 1 (GLP-1). For example, a growing body of research indicates that an acute period of exercise can suppress appetite for 2–10 hours afterwards. There is also evidence that the suppressive effect of exercise on appetite is related to exercise intensity, with greater suppression occurring after higher intensity exercise. Since people who engage in regular high-intensity exercise do so on a daily basis, the influence of exercise on gut-derived hormones, may be another important mechanism explaining an ability to maintain appetite control and body weight management.

To further understand the effect of exercise on appetite, researchers in London, UK, utilized functional magnetic resonance imaging (fMRI) to compare brain responses to visual food stimuli after intense exercise and rest. The study involved 15 lean healthy men in their early twenties. The subjects had the fMRI after two 60-minute runs at approximately 70% maximum aerobic capacity and at rest. During the MRI assessment images of high- and low-calorie foods were viewed.

The results of this study show that exercise influences central brain responses to external cues of appetite that are related to exercise-induced changes in various gut-derived, and other peripheral signals involved in appetite-regulation. The take-away message is that exercise positively affects food choices that reinforce health and weight management.

This study raises a lot of interesting thoughts. My initial reaction was if intense exercise leads to a preference towards healthier, low-calorie foods, does lack of exercise lead to a preference to high calorie, less healthier food choices? My feeling is the answer is yes. I would explain the effect of exercise indicating the following: when food is plentiful, our ancient ancestors would not be as physically active. Hence, mechanisms within the body would be geared towards “fattening up” to prepare for food shortages. In contrast, when our predecessors were more physically active it was a sign they were in the hunting and gathering mode. Staying “hungrier” and leaner would allow them to be better at these tasks.

The bottom line for modern humans is that regular (i.e., daily) intense exercise appears to make weight management easier by a multitude of physiological effects, and it also helps change our brains in a way that leads towards a preference towards lower calorie foods.