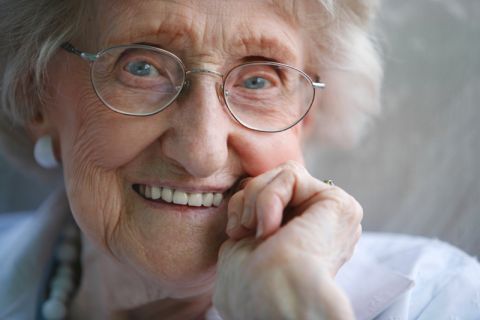 What is Parkinson’s Disease?

Parkinson’s disease is a neurological disease resulting from damage to the nerves in the area of the brain that is responsible for controlling muscle tension and movement – the basal ganglia. The damaged cells are the ones needed to produce the neurotransmitter called dopamine. There is no cure for Parkinson’s, but symptoms are often improved by drug therapy (see Commentary).

The disease usually begins as a slight tremor of one hand, arm, or leg. In the early stages the tremors are more apparent while the person is at rest, such as while sitting or standing, and are less noticeable when the hand or limb is being used. A typical early symptom of Parkinson’s disease is “pill-rolling,” in which the person appears to be rolling a pill back and forth between the fingers. As the disease progresses, symptoms often get worse. The tremors and weakness affect the limbs on both sides of the body. The hands and the head may shake continuously. The person may walk with stiff, shuffling steps. In many cases, the disease causes a permanent rigid stooped posture and an unblinking, fixed expression.

The cause of Parkinson’s disease is unknown, but it is thought that a neurotoxin causes oxidative damage to the basal ganglia in the brain. The basal ganglia controls muscle tension and movement. In the oxidative damage model, oxidation reactions lead to the generation of free radicals that are capable of destroying the cell membranes and nerve cells.

What dietary factors are important in Parkinson’s Disease?

At this point in time, Parkinson’s disease is best treated with drug therapy along with key dietary, nutritional, and herbal recommendations can be used to enhance the effectiveness of drug therapy. The key dietary strategy is to follow a low protein diet to enhance the action of L-dopa therapy. This simple dietary recommendation has been demonstrated to be extremely helpful in several clinical studies and is now a well-accepted supportive therapy. The usual recommendation is to eliminate good sources of dietary protein from breakfast and lunch (i.e., keep daytime protein intake below 7 grams). This simple dietary practice can offer an effective method for the reduction of tremors and other symptoms of Parkinson’s disease during waking hours.

What nutritional supplements should I take for Parkinson’s Disease?

PQQ (pyrroloquinoline quinone) is a novel vitamin-like compound found in plant foods that is showing a wide range of benefits to brain and body function. It exerts a synergistic effect with CoQ10 and it is vital for the function of mitochondria (the energy producing compartments of our cells). Both CoQ10, and PQQ protects brain cells from damage. In Combination they have been shown to be memory restorative in animal and human studies. Dosage: 10 to 20 mg of PQQ daily along with 200 to 300 mg CoQ10.

Coenzyme Q10 (CoQ10) levels are significantly lower in the mitochondria (the energy-producing compartment of cells) in people with Parkinson’s disease. Some trials of CoQ10 supplementation in Parkinson’s disease patients showed very positive results. For best results take 300 mg of the ubiquinol form daily.

Niacinamide adenine dinucleotide (NADH) – – the active form of vitamin B3 may also be helpful. NADH is required by the brain to make various neurotransmitters as well as chemical energy. NADH is effective in raising the level of dopamine within the brain making it useful in Parkinson’s disease. NADH has been shown to significantly increase brain dopamine levels in Parkinson’s disease and as a result produce significant benefits in reducing symptoms as well as improving brain function. The typical recommendation for NADH (tradename “Enada®”) is 5 to 20 mg daily.

Ginkgo biloba extract (GBE) may be helpful. In a one-year open trial of 25 patients with Parkinson’s disease and additional signs of Alzheimer’s disease to produce significant improvement in brain wave tracings. These improvements were thought to signify improved brain metabolism. The typical recommendation for GBE is 240 to 320 mg daily.

Phosphatidylserine has been shown to improve the mood and mental function in patients with Parkinson’s disease, but exerts no beneficial effects on muscle control. The recommended dosage is 100 mg three times daily.

At this time, Parkinson’s disease is best treated with drug therapy. The dietary, nutritional, and herbal recommendations can be used to enhance the effectiveness of drug therapy. The most popular drug used is Sinemet® – a drug that contains two key ingredients: levodopa and carbidopa. Levodopa, or L-dopa, is the “middle step” in the conversion of the amino acid tyrosine into dopamine. L-dopa, but not dopamine (DA), crosses the blood-brain barrier. Carbidopa is a drug that works by ensuring that more L-dopa is converted to dopamine within the brain, where it is needed, and not within the other tissues of the body. Other drugs used include Eldepryl® (selegiline or deprenyl), bromocriptine, and amantadine.

Improvements in the symptoms of Parkinson disease within the first 3 to 4 months of following the program.

“Dr. Murray, thank you so much for making my life so much better. Since starting your protocol my tremors have been improved, but even more impressive to me is just how much better I feel. I find myself happier and mentally sharper. SB”