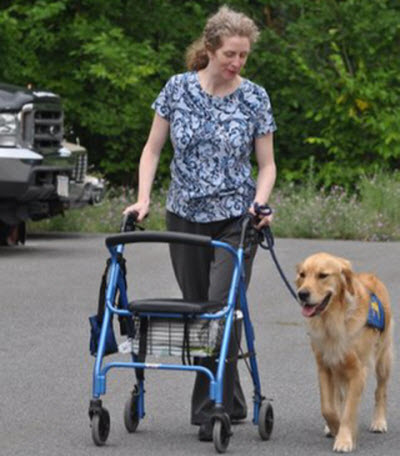 What is Multiple Sclerosis?

Multiple sclerosis is a syndrome of progressive nerve disturbances that usually occurs early in adult life. It is caused by gradual loss of the myelin sheath that surrounds the nerve cell. This process is called demyelination. One of the key functions of this myelin sheath is to facilitate the transmission of the nerve impulse. Without the myelin sheath, nerve function is lost. Symptoms correspond to the nerves that have lost their myelin sheath.

Sudden transient motor and sensory disturbances, including blurred vision, dizziness, muscle weakness, and tingling sensations. The diagnosis is confirmed by the detection of evidence of demyelination on magnetic resonance imaging (MRI).

The cause of MS remains to be identified conclusively. It is thought that MS is an autoimmune disease – a disease where the immune system attacks body tissues as foreign proteins. What triggers this process in MS is unknown.

What dietary factors are important in Multiple Sclerosis?

Dr. Roy Swank, Professor of Neurology at the University of Oregon Medical School, has provided convincing evidence that a diet low in saturated fats, maintained over a long period of time, tends to retard the disease process of MS and reduce the number of attacks. Swank began successfully treating patients with his low-fat diet in 1948. Dr. Swank recommends:

The Swank Diet was originally thought to help patients with MS by overcoming an essential-fatty-acid deficiency. Currently, it is thought that the beneficial effects are probably a result of (1) decreasing platelet aggregation, (2) decreasing an autoimmune response, and (3) normalizing the decreased essential-fatty-acid levels found in patients with MS.

Food allergy has been implicated in the progression of MS, in particular, the consumption of two common allergens-gluten and milk. While there is no convincing clinical evidence that gluten-free or allergy-elimination diets are universally beneficial in the management of MS, it certainly is generally healthful to eliminate food allergens as long as other dietary measures are also included, i.e., the Swank Diet. There is anecdotal evidence that specific individuals have been helped by using this approach.

To deal with food allergies, utilize RevitalX – a high potency multinutrient powdered drink mix from Natural Factors, This product was developed by Michael Lyon, M.D., and was specifically engineered to be an excellent source of important nutrients to support the gastrointestinal lining and aid detoxification. It is an excellent source of hypoallergenic vegetarian protein that we have termed GoldPeptides along with specific nutritional, probiotic, and herbal support to deal with food allergies. When used as the key component of an allergy elimination diet, RevitalX is taken twice per day as the primary source of sustenance. RevitalX is made up with water or juice (fresh vegetable juice is preferred), or it can be made up as a fruit smoothie. Fresh or steamed vegetables and small amounts of fruit can be eaten when hungry and one simple meal is prepared in the evening with steamed vegetables, lean chicken breast and brown rice (cooked beans, split peas or lentils along with brown rice can be used as a vegetarian alternative). A lightly sautéed stir fry can also be prepared for this meal.

What nutritional supplements should I take for Multiple Sclerosis?

Alpha-lipoic acid has shown considerable benefits in addressing some of the key underlying processes involved in MA. Double-blind, placebo-controlled studies have shown an ability to reduce factors associated with the progression of MS. Dosage is 1,200 mg daily.

Curcumin is the yellow pigment of turmeric (Curcuma longa) – the chief ingredient in curry. It has demonstrated significant benefits in experimental animal models of MS. It exerts a complex set  actions that supports the body’s natural anti-inflammatory response. Theracurmin is an advanced form of curcumin with exception bioavailability. Take 300 to 600 mg twice daily.

Ginkgo biloba extract demonstrates impressive results as an antioxidant, exerts positive effects on platelet function, improves blood flow to the nervous system, and has been shown to enhance nerve cell functions. All of these effects suggest benefit in MS. The dosage for Ginkgo biloba extract (24% ginkgo flavonglycosides) is 240 to 320 mg daily.

Although MS in the early stages responds quite well to diet therapy, given the potential seriousness of the disease I generally support a patient’s decision to use conventional therapy as well. Synthetically produced beta-interferon is emerging as the most popular medical treatment for multiple sclerosis. However, naturally derived alpha-interferon from white blood cells may prove to be a better choice. In preliminary studies, patients receiving 5 to 30 million IU of alpha-interferon per week in the first year eighty-three percent of the patients improved or stabilized, and in year two seventy-six percent remained improved or stabilized. The eighty-three-percent remission rate with alpha-interferon is better than the thirty-percent rate reported for beta-interferon. Further studies are needed, but if these preliminary results hold true, then obviously alpha-interferon would be the better choice.

Close monitoring by a qualified neurologist is required if you have MS. The disease tends to ebb and flow, so it is important to stay the course regardless whether there is clear evidence of success or failure with the program.