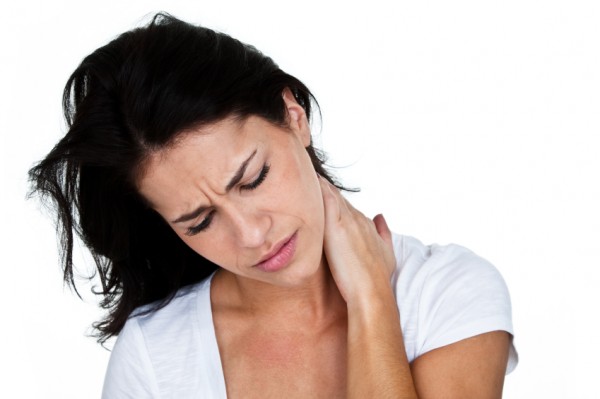 Fibromyalgia is a recently recognized disorder that is regarded as a common cause of chronic musculoskeletal pain and fatigue.

What are the signs and symptoms of Fibromyalgia?

Fibromyalgia is characterized by generalized aches or stiffness of at least three anatomical sites for at least three months and six or more typical, reproducible tender points. It is also associated with fatigue; chronic headache; sleep disturbance; depression; numbing or tingling sensations in the extremities; the irritable bowel syndrome; and variation of symptoms in relation to activity, stress, and weather changes.

The cause of fibromyalgia is unknown. The primary treatment goals in fibromyalgia are to raise serotonin levels, improve sleep quality, and assure adequate magnesium levels.

What dietary factors are important in Fibromyalgia?

Eliminate or restrict intake of refined sugar and food allergies (see FOOD ALLERGY). Increase the dietary intake of magnesium. The best food sources of magnesium are legumes, tofu, seeds, nuts, whole grains, and green leafy vegetables. Fish, meat, milk, and most commonly eaten fruit are low in magnesium. Most Americans consume a low-magnesium diet because their diet is high in refined foods, meat, and dairy products.

I strongly recommend using the The Seven Day Total Nutritional Cleansing Program from Natural Factors – a revolutionary program designed to effectively eliminate stored toxins and tune-up your detoxification system. The program comes with a booklet that provides clear direction and guidance. After completing the Seven Day Program you will feel energized, have an increased sense of well being, have shed some pounds and will have taken vital steps toward insuring good health!

What nutritional supplements should I take for Fibromyalgia?

RevitalX from Natural Factors is a powdered drink mix that provides targeted nutritional support for the intestinal tract. The development of the product was spearheaded by Michael Lyon, MD. RevitalX is specifically designed to soothe the stomach, intestines and colon, and help to heal a “leaky gut.” The low allergy potential formula is designed specifically for people with food allergies, but is suitable for everyone. Take two servings daily.

5-Hydroxytryptophan (5-HTP) is converted to the important neurotransmitter serotonin. 5-HTP is proving effective in the treatment of fibromyalgia, since a deficiency of serotonin is linked to fibromyalgia. In one double-blind study, fifty patients with fibromyalgia were given either 5-HTP (100 mg) or a placebo three times per day. The group that received the 5-HTP experienced significant improvements in their symptoms. In contrast, the group that received the placebo did not improve much at all. Improvements were noted in all symptom categories: number of painful areas; morning stiffness; sleep patterns; anxiety; and fatigue. Although 5-HTP produces very good results within thirty days, even better results are obtained at ninety days of use. Take 50-100 mg three times per day.

Magnesium is critical to many cellular functions, including energy production, protein formation, and cellular replication. Magnesium participates in more than three hundred enzymatic reactions in the body, particularly those processes that produce energy (i.e., the production of ATP). When magnesium levels are low, energy levels are low. Low magnesium levels are a common finding in patients with fibromyalgia. Magnesium supplementation has produced very good results in treating fibromyalgia. Take magnesium bound to citrate or Krebs-cycle intermediates (citrate, malate, fumarate, succinate, aspartate) at a level of 150-250 mg three times per day.

St. John’s wort (Hypericum perforatum) extract is often helpful in fibromyalgia because of its ability to relieve depression and improve sleep quality. The dosage for St. John’s wort extract (0.3% hypericin content) is 900 to 1,800 mg daily. St. Johns wort extract can be used in combination with 5-HTP and magnesium.

S-adenosylmethionine (SAMe) is utilized in the manufacture of many brain compounds including serotonin and other neurotransmitters. It is also important in detoxification reactions in the liver. SAMe supplementation has been shown to be useful in improving mood and fibromyalgia in published clinical trials. Dosage: 200 to 400 mg three times daily.

One of the key findings in patients with fibromyalgia is an altered sleep pattern-presumably as a result of the low serotonin levels. The main problem is that the deeper levels (Stages 3 and 4) are not achieved for long enough periods. As a result, people with fibromyalgia wake up feeling tired, worn out, and in pain. The severity of the pain of fibromyalgia correlates with the rating of sleep quality; when patients with fibromyalgia get a good night’s sleep, they have less pain. Conversely, when they sleep poorly, their symptoms are more severe. An analogy is that sleep is like a battery charger. If the body is not being recharged, especially the muscles, the result is pain. With a good, restful sleep, the battery becomes fully charged and functions optimally. The outcome is that the pain goes away or is significantly relieved. 5-HTP, St. John’s wort, and magnesium can all improve sleep quality in fibromyalgia. I have found that the combination of these three supplements produces more consistent and better results than any one of them on their own. In other words, for best results use all three.

Most people report significant improvements within the first 3-7 days of the program as noted by a better night’s sleep, increased energy levels, and fewer tender trigger points.