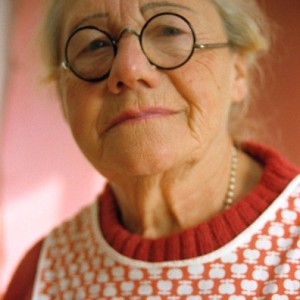 Cataracts are white, opaque blemishes on the normally transparent lens of the eye. They occur as a result of free-radical or oxidative damage to the protein structure of the lens, similar to the damage that occurs to the protein of egg whites when the eggs are boiled or fried. Cataracts lead to clouding or opacity in the crystalline lens of the eye and gradual loss of vision. Cataracts are the leading cause of impaired vision and blindness in the United States.

Aging-related (or “senile”) cataracts form when the normal protective mechanisms of the eye are unable to prevent free-radical damage. The lens, like many other tissues of the body, is dependent on adequate levels and activities of the antioxidant nutrients and enzymes, which help fight free-radical damage. When these normal protective mechanisms are overwhelmed or deficient, then cataracts form.

What Dietary factors are Important in Cataracts?

Individuals with higher dietary intakes of antioxidant nutrients, particularly vitamins C and E, selenium and carotenes, have a much lower risk of developing cataracts. To increase your intake of these nutrients, include an assortment of antioxidant-rich foods, such as leafy greens, yams, carrots, broccoli and other highly colored vegetables; fresh fruits, particularly citrus fruit and dark-colored berries; and wheat germ oil. It is also important to avoid salt, fried foods, rancid foods and other sources of free radicals.

Raising your body’s glutathione levels may be particularly important in the prevention of cataracts. Glutathione is found in very high concentrations in the lens of the eye, and plays a vital role in keeping the lens healthy. Specifically, glutathione functions as an antioxidant, maintains the structure of the lens proteins, acts in various enzyme systems, and participates in amino acid and mineral transport. Glutathione levels are diminished in virtually all forms of cataracts. To raise glutathione levels, eat plenty of fresh fruits and vegetables. The glutathione content in these foods is substantially higher than in their cooked counterparts.

Which Nutritional Supplements Should I Take for Cataracts?

Vitamin C supplementation has been shown in several clinical studies to halt cataract progression and, in some cases, significantly improve vision. Data from the Nurse’s Health Study demonstrated that women who took vitamin C supplements at any dosage for longer than 10 years had a 77 percent lower rate of cataract formation compared to women who did not take a vitamin C supplement. It appears that you need to take at least 1,000 mg of vitamin C a day in order to increase the content of the vitamin in the lens.

Bilberry, grapeseed or pine bark extract contains powerful antioxidant flavonoids that offer tremendous protection for the eyes. In one study, bilberry extract plus vitamin E stopped the progression of cataracts in 48 of 50 people. Take 300 mg daily of any of these extracts.

Believe it or not, I have found that not only can the progression of cataract formation be stopped, but it can even be reversed in the early stages. However, significant reversal of well-developed cataracts does not appear possible at this time. In cases of marked vision impairment, cataract removal and lens implant may be the only alternative. As with most diseases, prevention or treatment at an early stage is most effective.