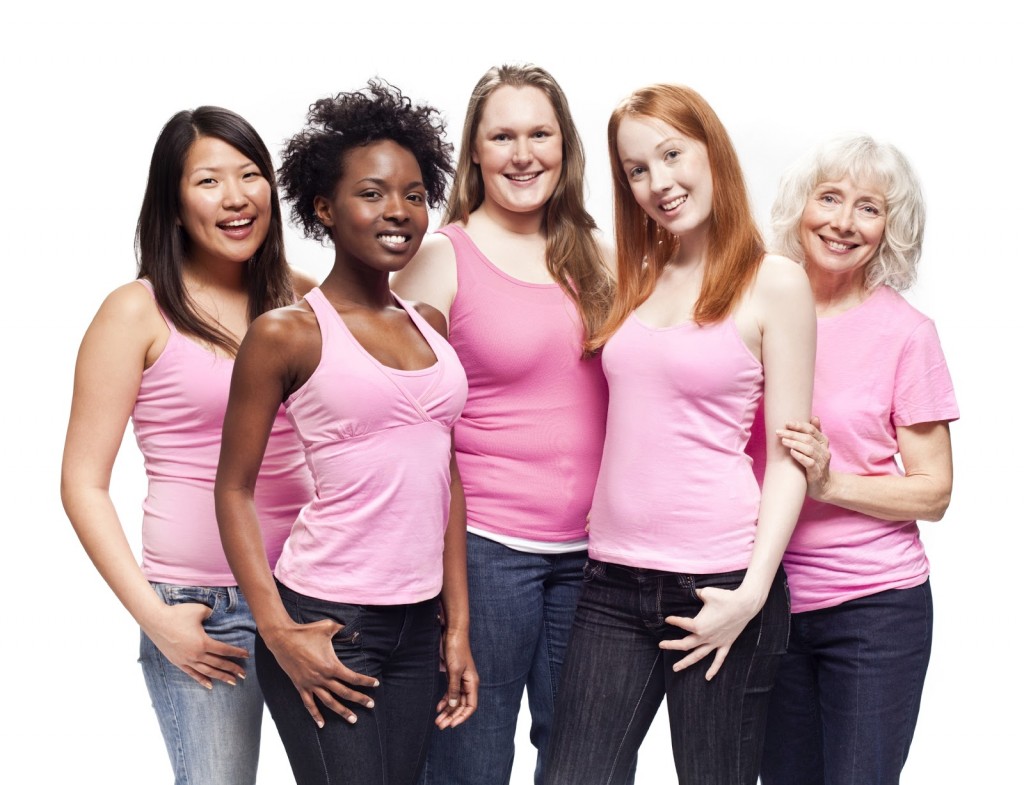 What is Breast Cancer?

Family history: A woman’s risk for developing breast cancer increases if her mother, sister or daughter had the disease, especially at a young age.

Genetics: The presence of certain genes increases the risk of breast cancer, although this is mainly true if most or all of the women in your family have actually developed breast or ovarian cancer. Women of Ashkenazi (Central and Eastern European) Jewish ancestry tend to have a higher rate of breast cancer than average.

Estrogen: The female hormone estrogen stimulates breast cells. The longer a woman is exposed to estrogen in any form (made by the body, taken as a drug or delivered by a patch), the more likely she is to develop breast cancer. For example, the risk is higher among women who began menstruation early (before age 12), experienced menopause late (after age 55), never had children or took hormone-replacement therapy for long periods of time.

Later childbearing: Women who have their first child after about age 30 have a greater chance of developing breast cancer than women who have a child at a younger age. The most protection comes from childbirth followed by breast feeding long enough to suppress the return of ovulation.

Breast density: Breast cancers nearly always develop in dense tissue (lobes and ducts), not in fatty tissue. That’s why cancer is more likely to occur in women who have “dense” breasts than in those with “fatty” ones. Complicating the picture is that abnormal areas in dense breasts are harder to detect on a mammogram.

Environmental factors: Among the factors that have been linked to breast cancer in varying degrees are exposure to xenoestrogens (synthetic compounds found in plastics and feminine hygiene products that mimic estrogen), secondhand smoke, pesticides, herbicides, power lines, electric blankets, radiation and lack of exposure to sunlight.

Exercise: Taking into account other established risk factors for breast cancer, women who regularly exercise have up to a 60 percent reduction in the risk of breast cancer compared with women with low levels of activity.

Alcohol consumption: Women who drink one alcoholic beverage a day have a 10 percent greater risk of breast cancer; those who consume two drinks have a 20 percent increased risk, and so on.

Smoking: Like most other cancers, cigarette smoking increases the risk of developing breast cancer.

Diet is one of the critical aspects in the prevention of breast cancer. The research on diet and breast cancer is a bit muddy because investigators often look only to dietary factors in the United States. For example, let’s take a look at the research on saturated fats and breast cancer. It is difficult to determine true risk when looking at women in the United States because the lowest percentile for saturated fat intake in the U.S. often translates to the highest percentile in other countries. To gauge all dietary risk factors in breast cancer, it is extremely important to examine data from a global perspective. In an extensive multinational population study, investigators explored diets from around the world to determine the components that most affect breast cancer risk. The data collected provides much more valuable insight into dietary factors and breast cancer. Table 1 lists these factors in order of importance.

The most important foods to avoid are meats grilled or broiled at high temperatures. It may not be simply that meat intake is associated with breast cancer; what may eventually be shown is that the manner in which the meat is prepared determines whether it is carcinogenic. When broiled or grilled at high temperatures, meat forms many potent carcinogens,  including toxic lipid peroxides (especially those from alpha-linolenic acid) and heterocyclic amines. These compounds are extremely harmful to breast tissue.

Researchers from the University of South Carolina gave questionnaires to 273 women who were diagnosed with breast cancer between 1992 and 1994, as well as 657 women who were cancer free. They found women who routinely ate three meats—hamburger, steak and bacon—very well done had a 462 percent greater chance of developing breast cancer. Women who regularly consumed these meats individually had lower risk. The risk for very well done versus rare or medium meat was 50 to 70 percent greater for hamburger and bacon, and 220 percent greater for steak. These results coupled with other evidence suggest that avoiding well-done meats can dramatically reduce breast cancer risk.

Studies have also consistently found that soy consumption may help reduce a woman’s risk of developing breast cancer. These studies show that when healthy women add soy products to their diets, their levels of estrogen and other hormones fall. They also have lower hormone levels compared with women who do not eat soy. In recent years, growing evidence suggests that two isoflavones found in soy—daidzein and genistein—are the source of its benefits. That’s because these substances act as phytoestrogens—naturally occurring plant compounds that bind to estrogen-receptor sites in humans cells, including breast cells. By blocking these receptors, the soy isoflavones reduce the effects of estrogen. Twenty-five to 100 mg per day of soy isoflavones has been found to be protective against the development of breast cancer. I strongly recommend getting this amount from foods, rather than from dietary supplements of purified isoflavones. Many soy foods now state the level of isoflavones per serving. As you can see from Table 2, you do not need to eat huge amounts of soy to meet the recommended levels.

Which Supplements Do You Recommend for Breast Cancer Prevention?

Ground flaxseeds provide special fiber compounds known as lignans, which bind to estrogen receptors and interfere with the cancer-promoting effects of estrogen on breast tissue.Grinding makes flaxseed lignans more bioavailable. Lignans also increase the production of a protein known as sex hormone–binding globulin, or SHBG. This protein regulates estrogen levels by escorting excess estrogen from the body. Look for ground flaxseed products available in special nitrogen-flushed containers for maximum freshness. I recommend 1 or 2 tablespoons daily added to foods such as hot cereals, salads or smoothies.

EstroSense. This complex formula is designed to promote proper hormonal balance. Two capsules taken daily provide a number of compounds that support the elimination of xenoestrogens and promote the proper detoxification of the body’s own estrogen. These compounds include:

Green tea extract. Studies have suggested that breast cancer rates are lower in Japan in part because people there typically drink about 3 cups of green tea daily. At this rate, they consume about 3 grams of soluble components, which yields a daily dose of roughly 240 to 320 mg of polyphenols. You can achieve the same degree of protection with a daily dose of 300 to 400 mg of pills containing green tea extract standardized for 80 percent total polyphenol content.

Early detection of breast cancer improves the likelihood of preventing it from progressing to a life-threatening condition. Monthly breast self-exams are important steps toward this goal. However, mammography (a special type of breast x-ray) can detect breast cancer long before it can be felt. Most medical doctors as well as the National Cancer Institute recommended that women age 40 and older have mammograms every one to two years.

Recently, however, this practice of routine mammography has come under fire. An increasing number of studies suggest that, for women under age 50 who have not yet gone through menopause, mammograms may not be necessary. According to many experts in the field, mammograms don’t work very well for these women because:

All of this information may be a bit confusing, and there is not an easy answer because there are a lot of conflicting studies. My recommendation is to get a baseline mammogram after the age of 40, perform regular self breast exams, get a yearly physical that includes a breast exam, and discuss the appropriateness of regular mammography with your physician.