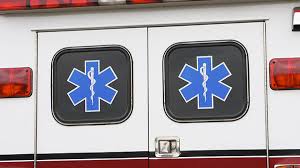 What are the Signs and Symptoms of Atherosclerosis?

Atherosclerosis is often referred to as the “silent killer” because the first symptom or sign in many cases is a fatal heart attack or stroke. Most people with significant atherosclerosis have a history of elevated cholesterol levels and may also experience angina.

The initial step in the development of atherosclerosis is damage to the lining of an artery. This damage is usually the result of free radicals (highly reactive toxic chemicals) and/or inflammation. Once the artery lining has been damaged, the site of injury attracts monocytes (large white blood cells) and platelets (small blood cells involved in the formation of blood clots). These monocytes and platelets adhere to the damaged area, where they release growth factors that stimulate plaque formation and the accumulation of fat and cholesterol deposits. Reducing the risk of heart disease and strokes involves reducing or, when possible, eliminating the following major risk factors:

If two or more of these major factors apply to you, your risk increases significantly (see Table 1). For example, if you smoke, have high cholesterol and have high blood pressure, you are more than 700 times likelier to have heart disease —and you will probably die 20 to 30 years sooner—than someone without any of these factors.

In addition, there are several other risk factors that have been shown in some studies to be even more important than the so-called major risk factors:

Which Dietary Factors are Important in Atherosclerosis?

I recommend the following diet to reduce the risk of atherosclerosis:

Which Nutritional Supplements Should I Take for Atherosclerosis?

Fish oil. Of all the available nutritional supplements to prevent heart disease, the most important without question is a pharmaceutical-grade fish oil, which is rich in omega-3 fatty acids. It is now estimated that individuals whose diets include a higher intake of fish oils reduce their risk of heart disease and strokes by roughly 47 percent compared to people who do not eat fish or take fish oil supplements. In fact, the level of omega-3 fatty acids in the body (the Omega-3 Index) has been shown to be the most accurate predictor of heart disease risk. It is a more sensitive indicator than other well-recognized markers such as total cholesterol, LDL or HDL cholesterol, CRP or homocysteine levels. A combined 1,000 mg of EPA and DHA omega-3s daily is required to achieve the Omega-3 Index shown to be protective. If you have high triglycerides or other risk factor for heart disease, take 3,000 mg EPA+DHA daily.

My clinical experience as well as an enormous body of scientific evidence shows that atherosclerosis can be stopped and even reversed through dietary, supplementation and lifestyle measures. Treatment and prevention includes reducing all known risk factors. For specific recommendations for dealing with the major risk factors, please see the appropriate selection: high cholesterol, diabetes and high blood pressure.

As atherosclerosis is a silent disease, it is difficult to monitor without medical assistance. A regular physical exam and laboratory analysis is recommended on an annual or as-needed basis.