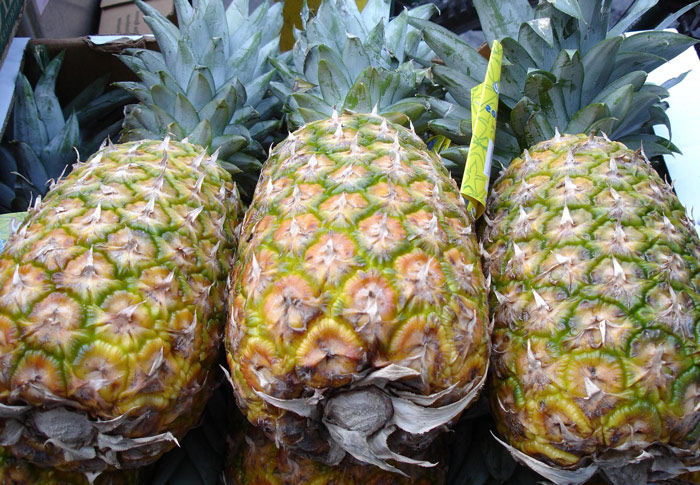 Proteolytic enzymes are indicated in inflammatory conditions and to support the immune system. Proteolytic enzymes (or proteases) refer to the various enzymes that digest (break down into smaller units) protein. These enzymes include the pancreatic proteases chymotrypsin and trypsin, bromelain (pineapple enzyme), papain (papaya enzyme), fungal proteases, and Serratia peptidase (the “silk worm” enzyme). Preparations of proteolytic enzymes have been shown to be useful in the following situations:

How do the proteolytic enzymes help autoimmune conditions like rheumatoid arthritis?

The benefits in some inflammatory conditions appears to be related to helping the body breakdown immune complexes formed between antibodies produced by the immune system and the compounds they bind to (antigens). Conditions associated with high levels of immune complexes in the blood are often referred to as “autoimmune diseases” and include such diseases as rheumatoid arthritis, lupus, scleroderma, and multiple sclerosis. Higher levels of circulating immune complexes are also seen in ulcerative colitis, Crohn’s disease, and AIDS. 4-6

How are Proteolytic enzymes used in cancer therapy?

Proteolytic enzymes have a long history of use in cancer treatment. In 1906, John Beard, a Scottish embryologist, reported on the successful treatment of cancer using a pancreatic extract in his book The Enzyme Treatment of Cancer and its Scientific Basis. Proteolytic enzymes have been promoted by numerous alternative cancer practitioners for many years, but most recently by Nicholas Gonzalez, M.D., who is evaluating the benefit of proteolytic enzymes in patients with advanced pancreatic cancer in a large-scale study, funded by the National Institute of Health’s National Center for Complementary and Alternative Medicine, with collaboration from the National Cancer Institute. This larger trial is a follow-up to a smaller study that showed dramatic improvements in these patients.

How do Proteolytic enzymes work to fight cancer?

Once absorbed the body prevents digestion of proteins in the blood and other body tissues producing antiproteases. The production of these antiproteases is critical to the mechanism of action of proteolytic enzymes. These antiproteinases block the invasiveness of tumor cells as well as prevent the formation of new blood vessels (angiogenesis). Proteolytic enzymes exert a number of other interesting anticancer mechanisms including the inhibition of metastasis (the spread of cancer) and the enhancement of the immune response. 1

What clinical research has been done with proteolytic enzymes in cancer?

The clinical research that currently exists on proteolytic enzymes suggests significant benefits in the treatment of many forms of cancer.2 Specifically these studies have shown improvements in the general condition of patients, quality of life, and modest to significant improvements in life expectancy. Studies have consisted of patients with cancers of the breast, lung, stomach, head and neck, ovaries, cervix, and colon; lymphomas and multiple myeloma. These studies involved the use of proteolytic enzymes in conjunction with conventional therapy (surgery, chemotherapy and/or radiation) indicating that proteolytic enzymes can be used safely and effectively with these treatments. Proteolytic enzymes are not recommended for at least two days before or after a surgery as they may increase the risk of bleeding. Proteolytic enzymes have been shown to be quite helpful in speeding up post-surgical recovery and relieving a complication of surgery and radiation known as lymphedema. (SEE TABLE 1-2)

What other conditions might proteolytic enzymes be helpful for?

The list of conditions benefited by pancreatic enzyme supplementation seems to be growing all the time. For example, one potential use is in the treatment of viral related illness including hepatitis C and herpes simplex infections. For example, in one study in the treatment of herpes zoster (shingles) an orally administered proteolytic enzyme preparation was more effective than the standard drug therapy (acyclovir).8 In a study in patients with hepatitis C, proteolytic enzymes were shown to be slightly superior to alphainterferon in improving laboratory values and symptoms.9 Proteolytic enzymes also appear to be quite helpful in recovery from surgery, fibrocystic breast disease, acute and chronic sinusitis and bronchitis, and chronic obstructive pulmonary disease and asthma.10-13

Yes. One of the outdated arguments against the effectiveness of orally administered proteolytic enzymes was that they either got digested or they were too large to be absorbed. Absorption studies with the various proteolytic enzymes have confirmed that they are absorbed intact. In fact, they appear to be actively transported across the gut wall.3 Since stomach acid can destroy proteolytic enzymes, the best formulas are “enteric coated” tablets or “delayed release” capsules. Enteric-coating means that the pills have a coating around them to prevent the pill from being broken down in the stomach. An enteric-coated pill passes into the small intestine, where due to the pH change it will break down there. One of the problems with enteric-coating is that unwanted synthetic compounds are often used in the film coating. A better approach is to use  “delayed release” vegetarian capsules that use natural dietary fibers that also resist stomach acid to provide targeted delivery of the enzymes to the upper small intestine.

NO! There are special factors in the blood that block the enzymes so that they do not digest blood proteins.

What proteolytic enzyme product do you recommend?

In order to get the most out of proteolytic enzymes it is essential to use a high quality product at an adequate dosage. To judge the quality of an enzyme preparation it is important to know what you are looking for. Most of the proteolytic enzymes have well established guidelines developed by the United States Pharmacopoeia (USP) or the Food Chemical Codex (FCC). The product that I recommend (Repair Gold) contains the following proteolytic enzymes per two delayed release capsules:

Protease in this formula is derived from fungal sources that exert similar action to those found in animal sources (pancreatin from hog pancreas or ox bile) such as chymotrypsin and trypsin. The advantages are that fungal sources are more stable, exert a grader range of activity at different pH levels, and exert greater proteoloytic effects. Papain and bromelain are proteolytic derived from papaya and pineapple, respectively. Serrapeptase is derived from a bacteria that resides in the intestines of silk worms. It is also called “silk worm” enzyme as it is the enzyme used to breakdown the cocoon of the silk worm.

Dr. Hans Nieper, a legendary medical doctor known for his extensive use of proteolytic enzymes, called serrapeptase the “Miracle Enzyme.” Dr. Nieper used the enzyme primarily to open up clogged arteries supplying the brain. This enzyme is more powerful than the pancreatic enzymes chymotrypsin and trypsin. It has been used in Europe and Japan for over 25 years. As evident in Table 1, good clinical results have been demonstrated in clinical trials. In addition to its general anti-inflammatory effects, it is particularly beneficial in fibrocystic breast disease as well as upper respiratory tract conditions like sinusitis, bronchitis, asthma, and chronic obstructive pulmonary disease due to its ability to improve the structure and function of the mucus lining.10-13

Proteolytic enzymes are generally well-tolerated and are not associated with any significant side effects. Even in people with presumably normal pancreatic function, taking proteolytic enzymes produced no untoward side effects nor did it reduce the capacity for these subjects to produce their own pancreatic enzymes.14 However, my recommendation is to utilize these preparations only when there is apparent need.