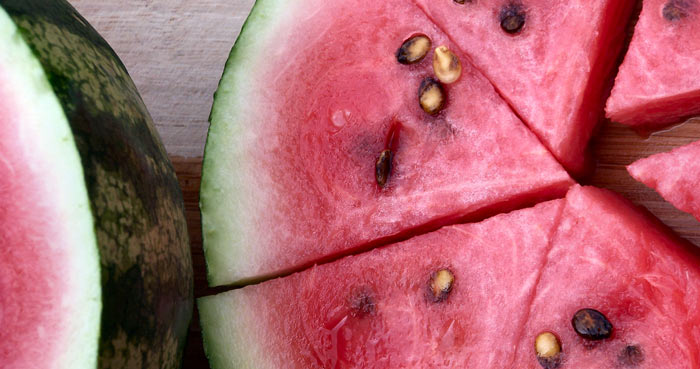 Did you know that a watermelon can weigh upwards of 90 pounds? Watermelons are native to the Kalahari Desert of southern Africa. Depicted in hieroglyphics on ancient Egyptian tomb walls, dating back as far as 3,000 B.C.E., watermelons were left to nourish the dead in the afterlife. From Egypt, merchants spread watermelons along the Mediterranean Sea. By the tenth century watermelons had reached China, and by 1615 the word ‘watermelon’ appeared in the English dictionary.

Perfect for the summer, watermelon is a great side dish for any meal. In many Asian countries it is common eat roasted watermelon seeds as a snack food. Try freezing pureed watermelon in ice cube trays and then blending them in a blender for a great frozen granite dessert, perfect for hot summer days!