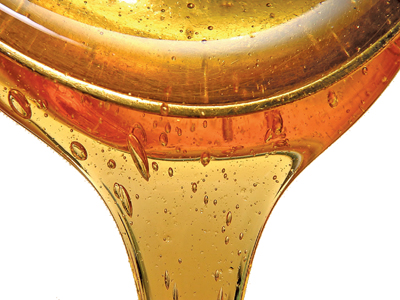 As the months grow cooler, a whole new flavor pallet is in season. One of many people’s fall favorites is maple syrup.

Made by tapping the bark of trees, maple syrup is a product of sugar and black maple trees. It is thought that Natives Americans discovered maple syrup, and valued it for medicinal properties.

Early American Colonists learned about maple syrup’s sweet taste from the Native Americans, and soon began making it as a sweetener. The trees that produce maple syrup are only located in certain regions in North America, because of this, the world’s largest producer of maple syrup is Quebec Canada.

• Maple syrup is a very good source of the trace mineral manganese as well as zinc.
• A tablespoon serving of maple syrup contains of 52 calories and 11.9 grams of sugar.

• Maple syrup is an excellent source of manganese, important in energy production and antioxidant defenses.
• Only 2 tablespoons of maple syrup provides approximately 37 percent of our daily value of manganese.
• Because maple syrup is also a source of zinc, it can help decrease the progression of atherosclerosis, help with skin problems such as acne, and help support a healthier prostate and immune system.