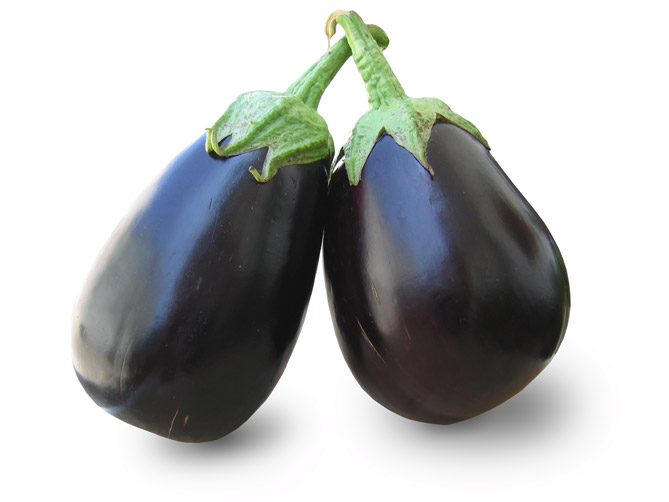 Eggplants are a member of the nightshade family with potatoes and tomatoes. Although commonly thought of in a deep purple shade, eggplants also come in lavender, jade green, orange and light yellow. Originally found in India, the eggplant was cultivated in China. Prior to the Middle Ages, eggplants were introduced in Africa and Italy, and then spread to Europe and the Middle East. Because of its bitter taste, eggplant was used largely for decorative purposes throughout Europe.

Try adding eggplant to a stir-fry, or roasting it alongside other vegetables. A simple and tasty lunch idea is grilled sandwich using eggplant, mozzarella cheese and a whole-grain crusty bread.