Do the New Guidelines for Statins Make Sense? 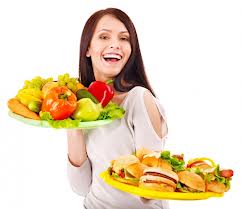 The big news is that doctors are now being urged to move away from specific targets for cholesterol and instead focus on clinical assessment of risk.

Unfortunately, the misguided recommendation will be to increase the focus on prescribing statins. Under the current guidelines, statins are recommended for about 15 percent of adults. With the new guidelines 44 percent of men and 22 percent of women would meet the criteria for taking a statin.

The answer to the question “Do the New Guidelines for Statins Make Sense” is yes only if the criteria is providing further big profits to the drug industry. Honestly, I think more than anything the new guidelines are an acknowledgement of the failure of statins to produce an increase in life expectancy for 75% of the patients the drugs are being prescribed to.

In my opinion, increasing the number of Americans being prescribed statins will only increase the number of people these drugs will provide absolutely no benefit to and likely further increase the problem of statin-induced side effects.

Background Data:
There is no question that elevated cholesterol and triglyceride levels greatly increase the risk of death due to cardiovascular disease (CVD). Yet while the drug companies would like us all believe that it’s as simple as taking a statin drug to reduce your risk of a heart attack or stroke, it’s just not that simple. Cholesterol-lowering statin drugs are sold primarily under the premise that they will save lives by lowering cholesterol levels, but in reality they have not demonstrated an ability to extend life in over 75% of the patient population these drugs are currently prescribed for.

Annual sales of these drugs now exceed $25 billion. They are a huge profit generator for the drug companies. Without a doubt the creation of the statin drug empire is perhaps the greatest accomplishment of the modern drug era. But, this is an achievement the drug companies and doctors should be ashamed of.

While high cholesterol is an important risk factor, it is important to note that more than half of people dying from a heart attack or stroke have low to normal cholesterol levels. The drug companies’ and government’s prior response to this fact is to lower the suggested target cholesterol levels even further, thereby effectively casting an even wider net for potential customers. With the new guidelines, it is obvious that the goal is to turn as many Americans as possible into patients hooked on statins.

It is very interesting that the majority of the expert members of the panel that drafted the new guidelines had either received grants from or were paid consulting or speakers’ fees by the companies that make some of the most popular statin drugs.

New Data:
There really is not any new data, but rather an interpretation of prior data by the American College of Cardiology/American Heart Association Task Force on Practice Guidelines. The conclusion of the review was to give recommendations that ultimately focused on four groups of individuals identified as being strong candidates for statin use:

Commentary:
I do not argue that the medical literature does show is that in people with a history of a heart attack, stroke, or current signs and symptoms of existing CVD, statins do produce some benefits in reducing deaths due to a heart attack. However, large evaluations of studies in people without a history of heart attack or stroke who took statin drugs and lowered their cholesterol have shown they did not live any longer than the people in the placebo group. For example, the largest and most thorough review of statins analyzed 11 clinical trials involving 65,229 participants and was published in the Archives of Internal Medicine in June 2010.The analysis provides the most reliable evidence available on the impact of statin therapy on all-cause mortality among high-risk individuals without prior CVD. The results showed that the use of statin therapy did not result in reduction in all-cause mortality in these high-risk patients.

These results are consistent with other quality reviews and call into question the widespread use of statins not only in high-risk patients without CVD, but also in patients with the only risk present being elevated LDL. About 75% of the prescriptions for statins are written for people with no clinical evidence of CVD. Statins have not been shown to increase life expectancy in these patients.

The easy conclusion is that the majority of people on statin drugs are achieving no real benefit from them. In fact, in my opinion relying on these drugs and not focusing on effectively reducing heart disease risk through diet, lifestyle, and proper nutritional supplementation is costing many people their lives.

While drug companies and many doctors state that statins are so safe and effective they should be added to drinking water, the reality is that they are very expensive medicines, provide very limited benefit, and carry with them considerable risks for side effects. For example, a 2012 study by the Mayo Clinic found that the use of statins in postmenopausal women increased their risk for type 2 diabetes by 74%. Some of the other side effects noted with statins include the following:

Holiday Gift Book:
In order to provide my subscribers the best guidelines to improve their health, I am offering a free PDF download on my book on Cholesterol and Heart Health – What the Drug Companies Won’t Tell You and Your Doctor Doesn’t Know. Just click here. Feel free to forward it to any friend or family member that can benefit from it.