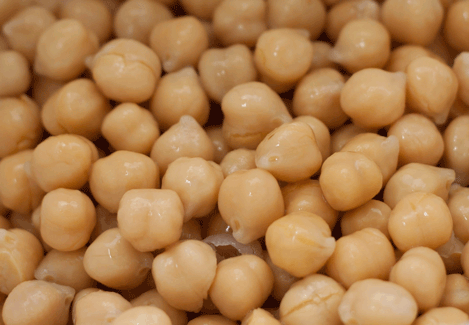 Garbanzo beans go by many names, from chickpeas and Bengal grams to Egyptian peas. This unique legume has a nut like buttery taste and is a common ingredient in many Middle Eastern dishes. Thought to have originated in Turkey, garbanzo beans were spread to tropical regions of the world by Spanish and Portuguese explorers in the sixteenth century.

Garbanzo beans are traditionally used in many dishes such as humus, falafel and various curries. Try adding them as a garnish to salads, or even mixing them into a vegetable soup. Be careful though, garbanzo beans are known to cause severe allergic reactions. What is your favorite use for garbanzo beans?