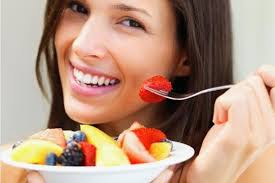 Introduction:
Flavonoids are a group of plant pigments that are responsible for many of the health benefits of fruits, vegetables, juices, and herbs. As a class of over 8,000 compounds, flavonoids are sometimes called “nature’s biological response modifiers” because of their anti-inflammatory, antiallergic, antiviral, and anticancer properties.

Background Data:
A higher consumption of flavonoid sources such as apples, berries, green tea, dark chocolate, and red wine have all been shown in population studies to be associated with a significantly reduced risk for heart attacks and strokes. For example, data from the Nurses’ Health Study (NHS) II of 93,600 women, showed that a combined intake of >3 servings a week of blueberries and strawberries was associated with a 34% decreased risk of having a heart attack, compared to those consuming the berries once a month or less.

The major benefits of flavonoid consumption in protecting against CVD is largely due to their effects on improving the function of the cells that line the blood vessels (endothelial cells). The endothelial cells play a pivotal role in the regulation of vascular tone and structure, as well as vascular inflammation and clot formation. The lesions of atherosclerosis (hardening of the arteries) first begin to develop with damage to endothelial cells. Flavonoids, particularly the proanthocyanidin types found in berries, and also those found in other flavonoid-rich foods, have been shown to protect and improve endothelial cell function.

New Data:
In a study conducted at the University of Reading in the UK, researchers sought to determine the effects of different levels of flavonoid intakes on a variety of important markers of vascular function and other cardiovascular disease (CVD) risk.

Male and female low-fruit and vegetable (F&V) consumers who had a ≥ 1.5-fold increased risk of CVD were randomly assigned to receive a high flavonoid (HF) F&V or low flavonoid (LF) F&V intake and asked to increase the portions of these foods by +2, +4, and +6 portions/day every 6 weeks. Measures of vascular function and inflammation were determined at baseline and at 6, 12, and 18 weeks.

Results were most pronounced in men, but even women showed benefits. Detailed analysis showed the HF F&V diet increased endothelial cell function and vascular health measured by a variety of ways and also reduced systemic inflammation, as noted by a significant reduction in C-reactive protein.

An increase in F&Vs, regardless of flavonoid content in the groups as a whole, reduced vascular stiffness.

These data support recommendations to increase F&V intake to ≥ 6 portions daily, with additional benefit from F&Vs that are rich in flavonoids, particularly in men and especially in those with an increased risk of CVD.

Commentary:
Different flavonoids and other plant pigments provide different benefits. One of my key dietary recommendations is for people to consume a “rainbow” diet; they need to focus on colorful fruits and vegetables. Regularly consuming colorful fruit and vegetables—red, orange, yellow, green, blue, and purple— provides the body the full spectrum of pigments with powerful antioxidant effects as well as the nutrients it needs for optimal function and protection against disease.

I also recommend taking some sort of flavonoid-rich extract such as green tea, Ginkgo biloba, blueberry, cherry, pine bark, or grape seed on a daily basis. And, of course, 1-2 ounce serving of dark chocolate per day is also something else I endorse.