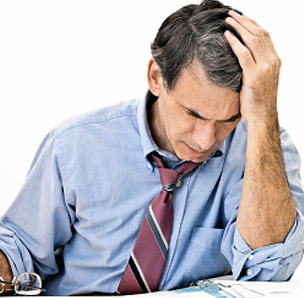 Introduction
Is memory loss and decreased brain power inevitable as we age? Many people in their 40s, 50s and beyond are told that it is and there is nothing that can be done about it. Is that true? Of course not! Steps can be taken to not only stop memory loss and mental decline, but also reverse it. Unfortunately, people (and doctors) trying to accomplish these goals with drugs are going down the wrong path.

Brain cells are the most complex, long living and nutritionally demanding cells in the body. Scientific studies have shown that intelligence, memory, behavior and concentration are all influenced by proper brain nutrition.  Young or old, our nutritional status plays a vital role in determining how well our brain functions. Trying to sidestep this fundamental fact by trying to address brain health solely through pharmacological aids is foolish, yet it is the dominant model in conventional medicine whether a person is showing memory loss, depression, ADHD, or other brain issue.

Background Data:
Mild cognitive impairment (MCI) is a recently recognized distinct medical condition that reflects an intermediate stage between the expected cognitive decline of normal aging and the more serious decline of dementia. People with mild cognitive impairment can have problems with memory, language, thinking and judgment, but generally not to a degree to cause significant problems in their day-to-day life and usual activities.

Mild cognitive impairment may increase the risk of later progressing to Alzheimer’s disease or other dementia, but not everyone with MCI progresses to dementia.

Because MCI is a newly recognized and affects up to 42% of seniors, the drug companies have been very busy trying to seize market share. Drugs known as cognitive enhancers used to treat Alzheimer’s disease are becoming popular prescriptions for MCI, but the research does NOT show these drugs to provide any benefit despite their popularity and have the potential to cause significant side effects. One drug, tacrine (Cognex) has already been removed from the market.

New Data:
In a systemic review funded by the Drug Efficacy and Safety Network of the Canadian Institute of Health Research, eight randomized clinical trials and 3 companion reports were used to evaluate the safety and efficacy of various drugs referred to as “cognitive enhancers” (donepezil [Aricept], rivastigmine [Exelon], galantamine [Razadyne], or memantine [Nemenda]) on mild cognitive impairment.

Results showed these drugs did NOT improve cognition or function among patients with mild cognitive impairment and were associated with a greater risk of side effects especially nausea, diarrhea and vomiting than placebo.

Researchers concluded “Our findings do not support the use of cognitive enhancers for mild cognitive impairment.”

One food that is particularly helpful are blueberries or blueberry extracts. In animal studies researchers have found that blueberries help protect the brain from oxidative stress and memory loss. When older rats were given the human equivalent of 1 cup of blueberries a day they demonstrated significant improvements in both learning capacity and motor skills, making them mentally equivalent to much younger rats. When the rats’ brains were examined, the brain cells of the rats given blueberries were found to communicate more effectively than those of the other older rats that were not given blueberries.

In addition to diet and the foundation supplements of a high potency multiple vitamin and mineral formula, a flavonoid-rich extract like blueberry or grape seed extract, and 1,000 mg of EPA and DHA (combined) from a quality fish oil, if some symptoms of mental deterioration are definitely present in a person 50 years and older I would recommend taking phosphatidylserine.

Phosphatidylserine (PS) is a critical nutrient for anyone with impaired mental function. PS plays a major role in determining the integrity and fluidity of brain cell membranes. Over a dozen double-blind studies have shown phosphatidylserine to improve in mental function, mood, and behavior in patients with degenerative brain disorders. The recommended dosage is 100 mg three times daily.

Additional recommendations for preventing Alzheimer’s disease are given here https://doctormurray.com/health-conditions/alzheimers-disease/.